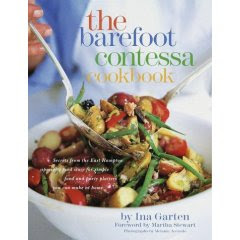 I had five Barefoot cookbooks on my main cookbook shelf!

So with eager anticipation, I awaited Number Six, Barefoot Contessa Back to Basics.

But what was most exciting about this latest release is that Ina came to Kansas City to sign her cookbook. I would finally, at last, meet my culinary hero! 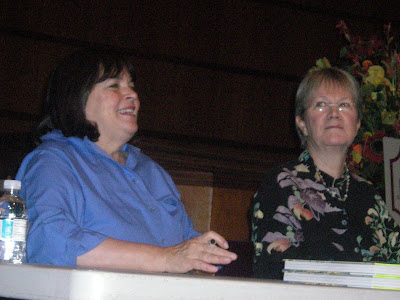 Finally, Ina came on stage dressed in her signature outfit of French blue shirt, black slacks and comfortable shoes. She looked like she had just stepped out of her kitchen to come and talk to us! 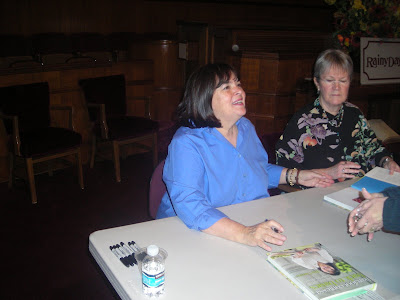 With 1000 tickets sold for the event, you had at the most 3 microseconds to talk to Ina as she signed her name only to her book. I had ticket number 61 and so was in the first "wave" of Ina fans to get their book signed and have my chance to visit with Ina. 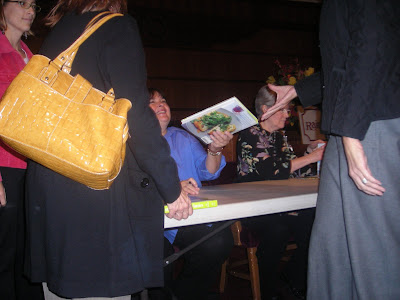 Alas, no chance to get a picture of me and Ina but I did get to chat for a mere minute! She seemed warm and friendly and I felt like I could have sat down and had a real conversation with her. But, of course, the 940 ladies behind me would NOT have liked that! 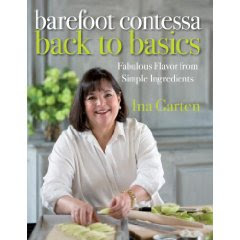 Perusing the cookbook while we waited for Ina to appear and while in line, I deemed it terrific! I had already made 3 recipes from the book before I even had it. All of them were wonderful! I'm sure that I will make many more.

Of all the cookbooks, this one will be the most special and my favorite -- for it was signed by Ina herself!

A bonus at Ina's book signing was that Mrs. Blandings was also there (for she, too, is a huge fan) and we got to meet.
Posted by Martha at 10:36 PM

Mr. B and I are figuring out what to cook first! Even though it was fast, it was still fun to meet her - and you! Hope you enjoyed Pot Pie.

Glad you got to meet Mrs. Blandings. At least your day wasn't wasted!

I am looking forward to lots of good recipes!

What a thrill that must have been! I LOVE The Barefoot Contessa books - great recipes, great photos, and non-fussy.

Martha, I, too, love Ina ... She is so elegant, yet down to earth, and makes everything she cooks look wonderful and so easy to prepare.

And Jeffrey is adorable ... lol

I appreciate your visiting my Southern Lagniappe blog and taking the time to leave a comment about my post on Mark Twain. I'm so glad it led me to your blog.

I'll be back to visit again soon.