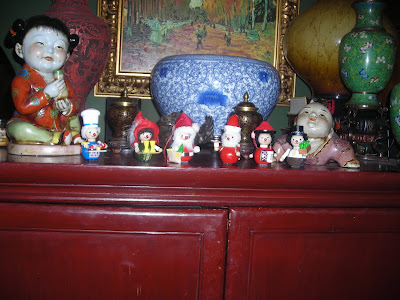 With our tree being on ornament overload, I restrain myself from buying Christmas ornaments with the exception of a dated silver Reed and Barton bell.

Until I found these Steinbach (the people who make the real German nutcrackers) ornaments at T J Maxx in the south city Saturday. A steal of a deal at $5.50 each, I carefully chose only six (out of about 20 different ones). I didn't buy them in Germany but they will remind me of our German trip for they are clever wooden ornaments with a bit of whimsey.

Obviously, it was a hard choice to chose six out of 20 and I did go through each box, selecting about 10 and then finally narrowing the choice down to my designated number of six. 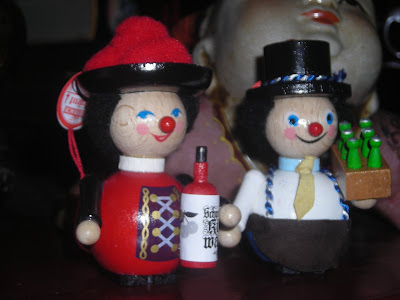 Since husband Jim once owned a wine and spirits shop -- one holding Kirchwasser and one holding a six pack of beer. 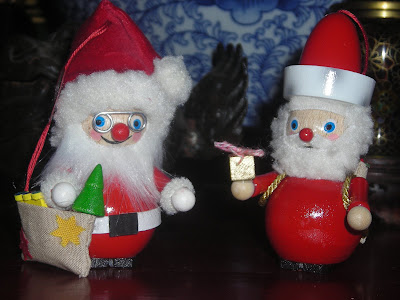 How can you have German ornaments without Santa Claus being represented? 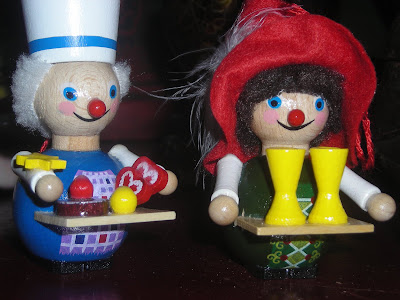 A baker for me and more beer for husband Jim!

They're on our tree and I must admit that it was hard to find a branch to hang them from. But special ornaments such as these deserve a place on Linderhof's tree.
Posted by Martha at 4:47 AM

Martha, what treasures! I especially like Santa. Linderhof, must be really beautiful at this time of year.indle

I used to live in Germany. Seeing your wooden nutcrackers has made me nostalgic for those days.

Those are adorable! It is so hard not to go overboard with all the lovely Christmas products out there.

Those ornaments remind me of my parents home at Christmas. happy Holidays!