It's been quite a week in my small town on the prairie. Not just one but TWO big events in our little town.

The first was a World Premier of a Hallmark Hall of Fame movie. 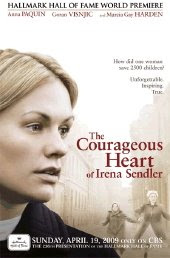 Why, our little town? Because students at the high school in our county were the ones that discovered the story of Irena Sendler and brought her to regional and even national attention. What began 10 years ago as a History Day Project culminated in the making of this movie.

We're proud of the girls that first told this story in their History Day "play", "Life in a Jar" .

During the war, Irena saved 2500 Jewish children from the Warsaw Ghetto. So that she could reunite them with their families after the war, she wrote their name on a slip of paper, put it in a jar and buried it.

The most exciting thing about the students project was that they corresponded with Irena herself and were able to go over to Poland four times to visit with her.

I've never been to a movie premier before and I must say that I felt honored to be among the 400 that attended the premier. It was an exciting event!

And if you want to see the movie, it will be on your CBS Channel at 8 p.m. (CDT). But, I must warn you, you may want to watch it with a box of Kleenex!

And last night was Part Deux of our exciting week. We had the Kansas City Symphony come to our little town. And what a wonderful concert it was! 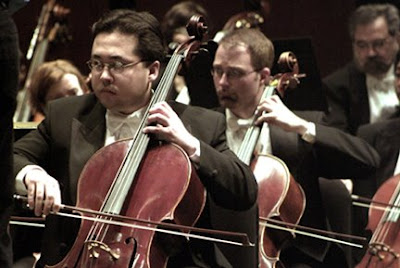 Our community college has a new Fine Arts Center and this was the inaugural event -- the Kansas City Symphony Concert. What a great event for the first event in this fine new facility. 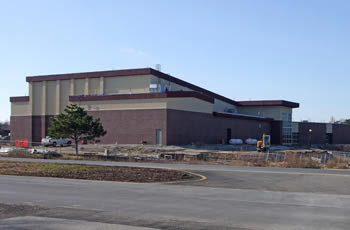 It's a shining crown jewel in our Community College crown for not only is it the Fine Arts Center but it is the Gordon Parks Museum as well. Gordon Parks, a native son, achieved national fame as a photographer, movie director, poet.

Who says life in a small town is dull? That there is nothing to do? Not in our little town -- it has been a busy week!
Posted by Martha at 1:00 AM

Loved this post, so interesting. I wanted to clear up that the caddies on my post are from Ms. Howards website. I wish that they were mine. Thanks for stopping by and I hope to see you again real soon, so don't be a stranger.

Ohhh nooo...I think that I already missed the Hallmark movie about Irena Sendler! Maybe they'll run it again, hopefully! I'd love to see it! What a brave and courageous woman...a very inspiring story! I think it's awesome that the kids from your school did the research for this project...I bet it's a story they'll never forget!!!

Wow...I bet the Kansas City Symphony was fabulous! Did you get to go?

Have a wonderful & restful Sunday, my friend!
Chari

We went to both events -- it was a wonderful week!

After I starting reading your post I quickly ran to the television and searched for the show - it was already half over but I started the DVR recording so I will see half of it, at least. I hope I have the courage ~ the portion I saw when I started recording was very sad :(

What a wonderful experience for you and Kansas City.

I remember reading about the students that communicated and went to Polland to see Irena Sendler. How exciting to attend the premier! I've already missed the showing on t.v.; hopefully, I'll be able to catch it another time. Hallmark movies are always so well done, and this is just an amazing story to share. laurie

Hi Martha,
I love a hallmark movie they are always worthy of a box of tissue. I missed the story but I will keep my eyes open for the next showing.
You did have a wonderful weekend.
Enjoy your day,
Elizabeth

Hi Martha,
I watched the movie last night...thanks for the reminder. Your town must be soooooo very proud of the students who unearthed the story. It was a kicker at the end when they were interviewing Irena about celebrating Mother's Day. Thanks for reminding me it was going to be on!

Thanks for stopping by my blog. I am enjoying yours and plan to return. The Hallmark program was just terrific.