The Lunch Bunch is now the Tea Trio

Three friends of mine come to lunch at Linderhof once a month. It's a decade old tradition -- these three friends joining me for lunch. What is great is that I get to try new recipes and they get to eat new foods.
Today was our regular "Lunch" but instead of lunch I decided to have an afternoon tea. A traditional three course afternoon tea -- a tea that should have been at half past three but one that we had at straight up noon! 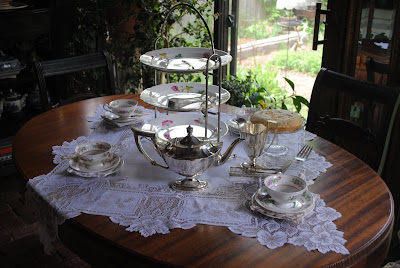 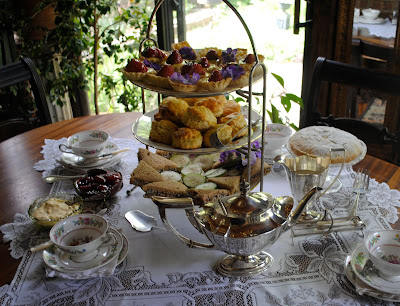 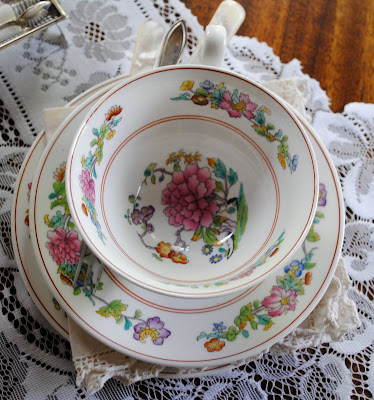 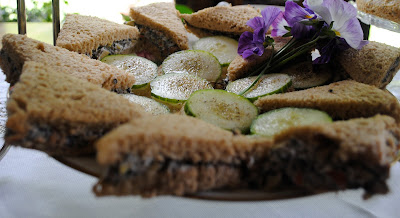 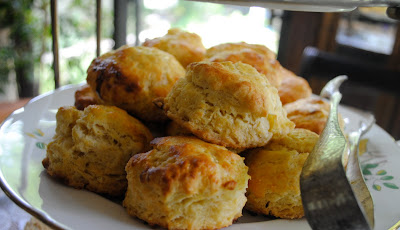 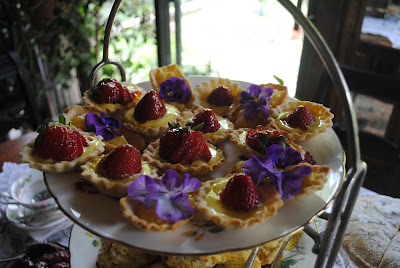 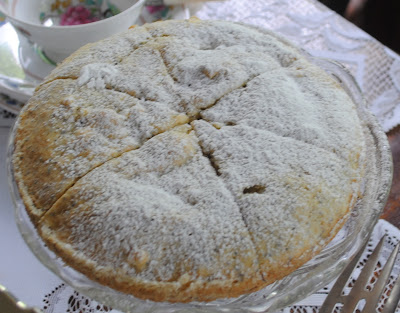 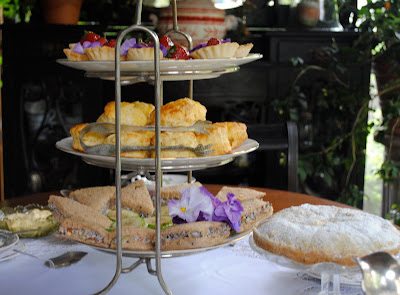 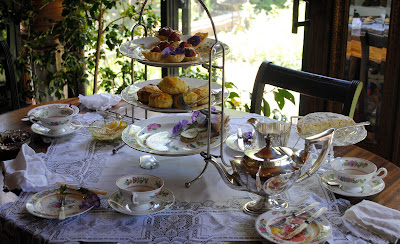 And at the end of the afternoon . . . . the pot is empty, the cups are empty and we feel sated. It was a grand afternoon tea!
Please join Wanda Lee at The Plummed Pen for Wednesday Tea for Me and Thee.
I love tea time and it's fun to see what everyone is up to for Wednesday Tea!
Posted by Martha at 10:34 PM

ooooooh .... love the little strawberry tarts! But, it all looks wonderful.....

Oh Martha, how lovely! I drool over that curate every time I see it. And the china and cloth are just stunning. I'm sure your guests had a most wonderful afternoon.
xoxo Pattie

Oh Martha, how lovely! I drool over that curate every time I see it. And the china and cloth are just stunning. I'm sure your guests had a most wonderful afternoon.
xoxo Pattie

What a beautiful Afternoon Tea extravaganza! Your Lunch Bunch group is certainly very lucky to join you for tea. Wishing I could have been there!
Nancy

What a lovely proper tea! Reminds me of the tea I had at Harrod's.

What a lovely tea...I tried Susan's Olive Spread the other day...wonderful stuff!

What a beautiful table setting, Martha! I hope you enjoyed the mixed olive tea sandwiches!

Your afternoon tea looks wonderful (lovely tablescape). I'll have to look up Ina's scone recipe and one for British seed cake - it looks good. My Grandmother used to make a poppy seed roll that was yummy.