Every city has a city park -- even large metropolis like New York City (think Central Park). In small towns, however, the park is an extremely important part of life.
Our Park, in our town on the prairie is Gunn Park. Named for Mr. Gunn who donated the park to the city. 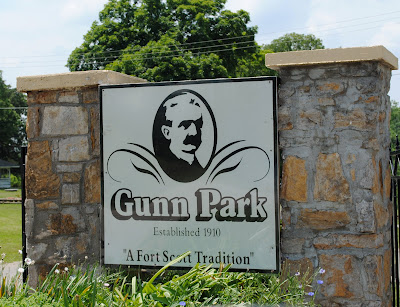 This year, it is celebrating it's 100th Anniversary.
Interestingly, Mr. Gunn's son, Rice, lived in our house in 1929 and 1930 -- he didn't own it but he and his wife and son lived here. That, I think, gives us a better connection to our City Park and in the garden at Linderhof is one of the old fountains from the park. Remember those -- the ones that in the summer had lukewarm water? They were in every park, I think. 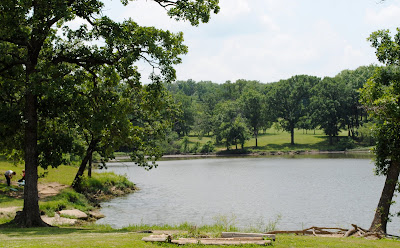 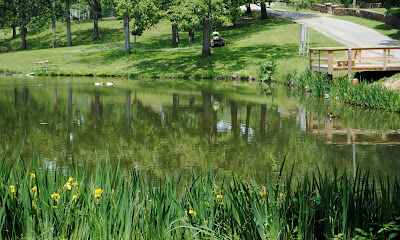 This is Fern Lake which was here for recreation long before there was a Gunn Park.
And like so many little towns across America, during the Depression, the WPA improved the park . . . 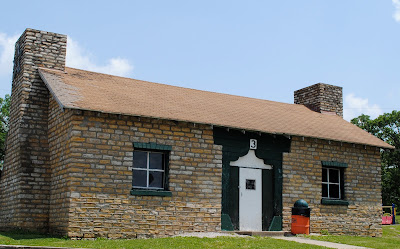 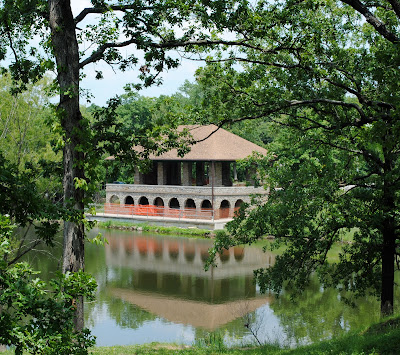 And this double decker shelter house on Fern Lake. 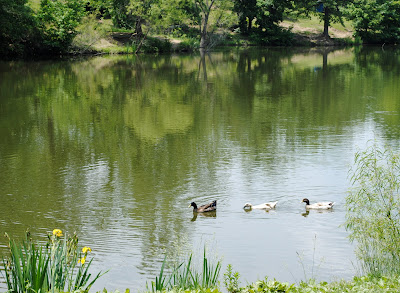 And one of the reasons to go to the Park is the ducks. 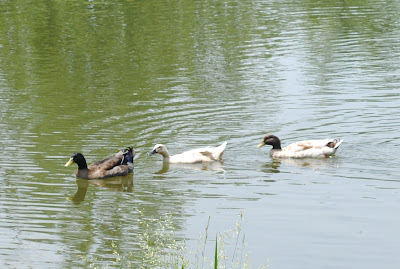 And we never go to the Park without a loaf of white bread . . . for the feeding of ducks at the park is a ritual that we established when Daugher Sarah was small.
The most interesting thing about Gunn Park (other than the den where the bear was kept -- for in it's early life it was a zoo) is the wee house that a long ago caretaker built for his daughter. 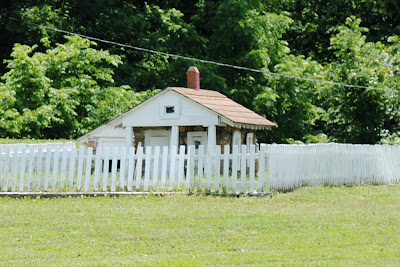 When we do our Flamingo Frenzy every summer, we have wee ones that go into the yard!
It's Wednesday which means that it's Outdoor Wednesday and on this late Spring day, I can't think of a better place to be than in our City Park, Gunn Park. Please join Susan at A Southern Daydreamer and see what other outdoor adventures there are this Wednesday.
Posted by Martha at 7:57 PM

Great pictures...Gunn Park is one of my husband's favorite places in Fort Scott, he spent many hours there as a youngster.

What a lovely park Martha. Your pictures are wonderful. It's so nice the town actually uses the facility. I hope you are having a wonderful day. Blessings...Mary

What a beautiful park, Martha. I love the shelter buildings - they look so very well-built. A park with a lake is a treasure to a community - what a gift to your city from Mr Gunn!

I love the park - it's always nice to have water nearby, too. Nice pics. Linda

Looks like a wonderful park, loved the photos and the ducks.

Martha, you always make the prairie seem such a lovely place to live. How blessed you are!
xoxo Pattie

I love your pictures. The house in the lake is so beautiful. We should make a trip there soon. The lakes look really inviting.
Ann

Your park is lovely, Martha, and what fun to be able to feed the ducks. My small town has a wonderful little park in the center of town where weekly concerts are held in the summer. And our Old Fashion Days celebration is held there every August.

Martha, I havent been to the park in several years so thank you for visually taking me to yours. That lake looks so clean, someone must work hard to keep it like that..

What a wonderful place to visit! And I love the two story shelter. How interesting that Mr. Gunn's son lived in your house. Beautiful pictures of the lakes and ducks!