For the 29th year, our little town on the prairie hosted it's summer festival, aptly named -- Good Ol' Days.
It's a three day affair -- a parade Friday night and Saturday and Sunday 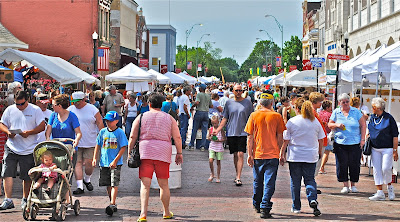 is the street festival with a hundred booths and thousands of festival goers. 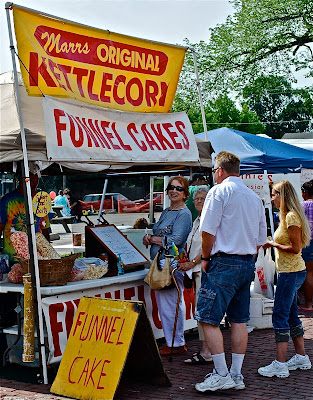 Every festival needs good things to eat and Good Ol' Days is no exception. We heard rumor that there were deep fried Snickers and Oreos but we didn't indulge. We did, however, have a deep fried foot long corn dog! 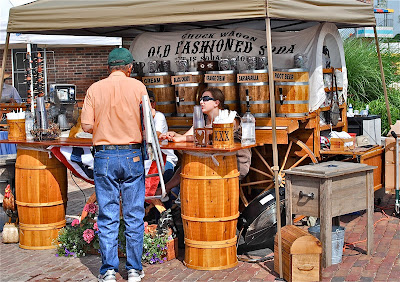 And of course, good things to drink! 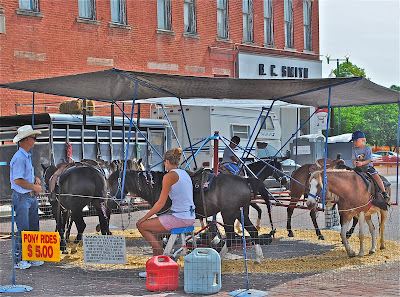 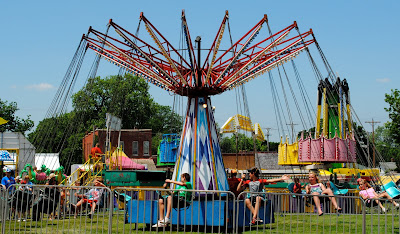 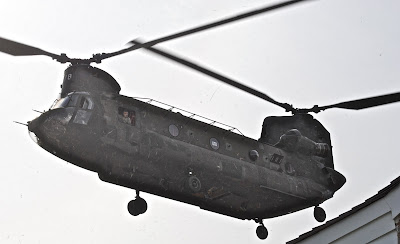 And at our National Historic Site, we were thrilled to see a Chinook helicopter land admist the buildings of the 19th century. 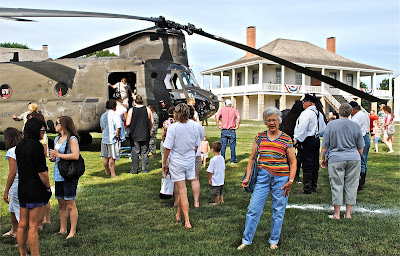 An Army chopper, once landed, they opened up the inside so that people could see the helicopter "up close and personal"! 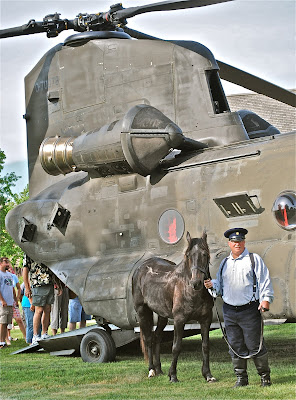 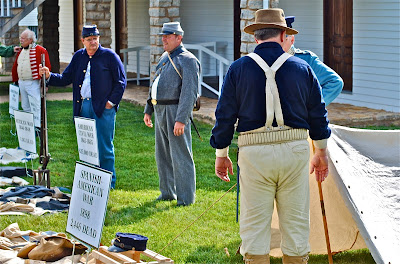 Another interesting exhibit was the soldiers of all the wars . . . from the Revolutionary War through the current one. It was interesting to compare weapons and uniforms!
All small towns have their summer festivals and we're proud of ours . . . . and since it's Outdoor Wednesday and since it is an Outdoor Festival, I'm sharing this with Susan at A Southern Daydreamer. Join her and see what other outdoor events there are this Wednesday!
Posted by Martha at 8:35 PM

This looks like a wonderful festival! The food looked so good and I love history so I would enjoy the soldier exhibit.

This is one festival I would have enjoyed. Thanks for taking us along through your lens.

a fun festival! i love carnival rides. the pony rides are cool, too.:p

I do love summer festivals with all of the treats and wonders!

It was a perfect theme for Outdoor Wednesday. Your photos are terrific. I hope you are having a great day. Blessings...MAry

What a wonderful time for the community to gather together! Thank you for posting the pictures. It made me feel like I was there, too!
Happy Outdoor Wednesday!

There is nothing better than a small town summer parade and street festival! How much fun!!
xoxo Pattie

There is nothing better then a summer festival, they are so much fun...... we have one here in Toronto at the end of August, I can hardly wait. But today I did an outdoor Turkish festival. Thanks for sharing your pics Martha.

Looks like a fun festival. I have never ever eaten funnel cake! lol

Dropping by from Outdoor Wednesday (post #3). If you haven't registered for our glass vessel sink giveaway, it's open until 5pm EST Wednesday.

Your festival looks like a lot of fun and educational as well.

Too bad my parents were out of town-- my dad would have loved that. I love Ft. Scott.

Local festivals are some of the best things about summer. I looks like yours was a lot of fun! Love all those horses and food booths!

Such festivals are favorites in our home, too. Loved seeing the pics of yours.

That looks like a whole lot of fun. Love these summer festivals--I always get the kettle corn. Happy Outdoor Wed.

Festivals like this are such good, old-fashioned fun. I go to as many as I can. Thanks for sharing yours with us.

Thanks for taking us along with you!