No, it wasn't just an average Sunday in England but instead it was a stellar Sunday.
The "C" refers to our agenda -- for the day was filled with
Car Boot Sale
Cathedral
Castle
And actually, the Car Boot Sale was in Cheltenam and was very much like the Swap and Shop we go to occasionally in the city -- but with English merchandise!!!
As son-in-law Andy says, a sale in any country is really the same!!! And he was right!!!
But I did find two treasures and got some change with a 20 -- so car boots can be fun!!!
We then headed to Glouster . . . where we visited the 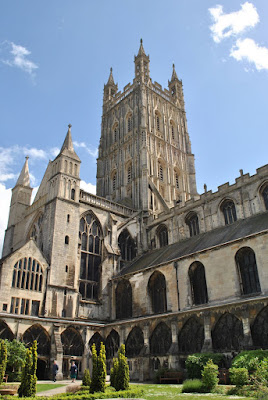 Cathedral
We've never been to Glouster cathedral and it, in my opinion, is one of the most magnificent. We were treated not only to a feast of the eyes with wonderful stained glass windows but also the bells were playing and then we were treated to a choir rehearsal!!!
It was certainly a magical visit!!!
And then for the third "C" -- the 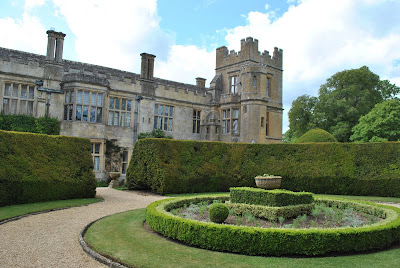 Castle
Sudley Castle near the village of Winchcomb (where we were the other day). It's a lived in castle and a favorite of ours -- having been there before some years ago. It's Catherine Paar's home -- that's it's claim to fame. The grounds are amazing for the gardens are wonderful -- thanks to Emma Dent -- a Victorian grand dame who lived in the castle from 1856 to 1900. Her yew hedges are amazing!
As to the Boot Sale and the 20 that I still had change from . . .
I got two pictures -- twins 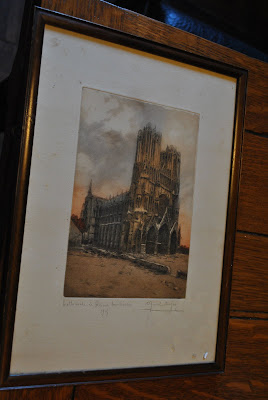 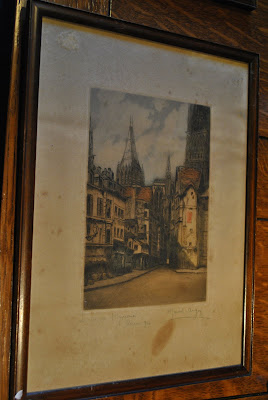 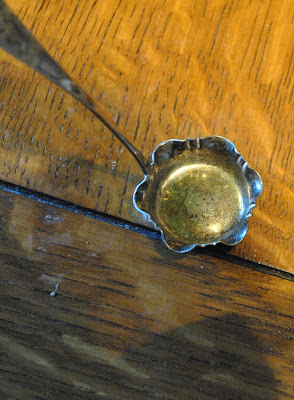 A darling ladle -- for mayonnaise or sauce -- it's "cup" shaped and needs a good polish.

But I think for 1 pound, it should fit in very well at Linderhof.
As is our Sunday custom, we have a Sunday Lunch at a pub -- and for dinner, it's cheese and crackers and wine . . . we had our dinner in the garden this evening after we got home. It was a great end to a great day!!!!
Posted by Martha at 1:42 PM

*sigh*
Such lovely memories your storing up for the next year, Martha - and so generous to share with us. I'd have taken the ladle home too!

it sounds like you are having a lovely time, Martha! Love the paintings and the ladle!

That ladle is Devine! Sounds like a wonderful trip and I love reading about it.

For one pound - isn't that about a dollar and a half U.S. money? - your ladle is one of the greatest bargains you'll ever get, Martha. It, and your whole trip, are just wonderful. Glad you're getting to do it, and thank you for sharing it!

What a fabulous Sunday afternoon and LOVE the ladle. I really like the paintings as well. What a memorable day and I am so glad you are sharing it with us.

I'm so thankful to you for taking time out of your wonderful trip to share your experiences with us.
AT

Martha,
What a lovely time for you...and to be able to share it with your children, as well! Lovely treasures for Linderhof!
Fondly,
Pat

We love all 3 C's when we travel in England!