Villages in the Cotswolds have quaint names -- Stow-on-the-Wold, Chipping Camden, Moreton-in-Marsh, Stratford-Upon-Avon. It's sort of like they have a first name and a surname -- a name that describes the village.
And there is Bourton-on-the Hill and Bourton-on-the Water, Bourton Mill, and who knows what other "Bourtons" there are in England!!!!
But a favorite village of ours is Bourton-on-the Water. 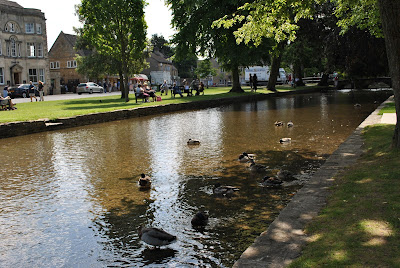 A village where "the river runs through it" -- with footpaths on both side of the River Windrush and many bridges over it so you can walk along the river bank, cross and bridge and walk back on the other side.
Fat ducks make the river home and we were surprised at how swift the river was -- we found that out when we threw bread to the ducks and watched as it quickly floated downstream!
On our last visit to Bourton, we stayed at a charming bed and breakfast for two days -- making it our "hub" in the Cotswolds. This time, it was just a day trip.
We sat on a bench along the river, fed the ducks, and visited our favorite Bourton-0n-the-Water tourist attraction.
The Miniature Village
It's a complete Bourton-on-the Water in miniature -- complete with a miniature River Windrush running through the village. 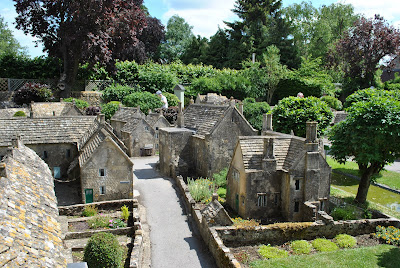 The houses are charming and then are "trees" and landscaping and gardens around the cottages. 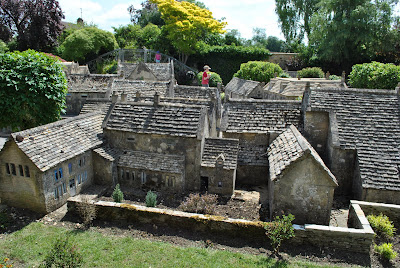 It's all built to a 1/9 scale. It was built in the early 30's by an earlier owner of The New Inn and a team of local craftsman. It's built from Cotswold stone -- the same as the big buildings in the village.
It was opened in 1937 on Coronation Day of King George VI and Queen Elizabeth. 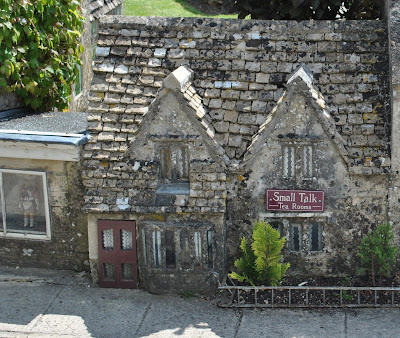 And the businesses in the miniature village 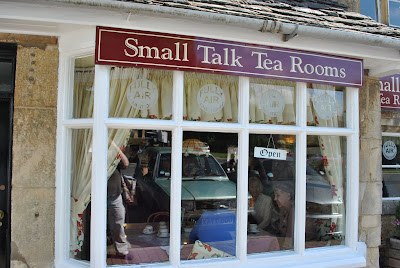 Are the same as in the real village!
And behind the miniature village The New Inn . . . 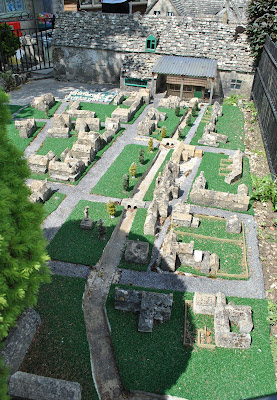 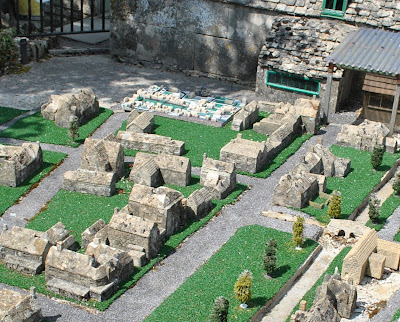 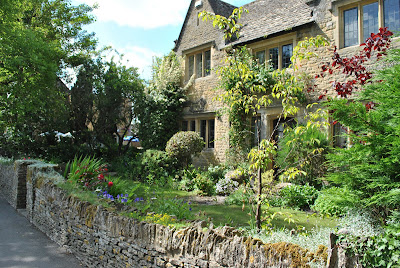 And along the River are some darling cottages . . . how I would love to live here!!!!
Alas, our Cotswold idyll is over . . . and we are in Windsor.
But before we left, we had one last breakfast. 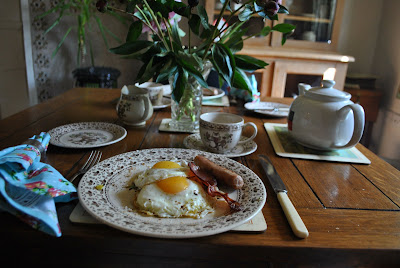 Which includes toast with the best orange marmalade I've ever had. 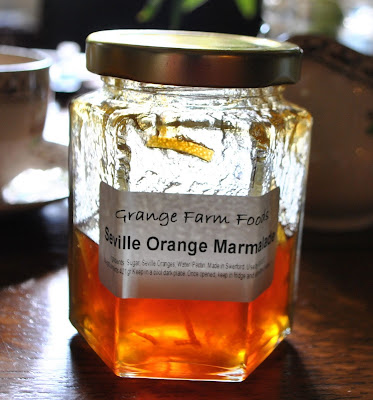 From the farm up the road. Jonathan and Jane are a wonderful couple and they make the best bread, cakes and wonderful jams and marmalade. Called Grange Farm, they're open weekends but for us "villagers" we can come anytime they're home!!! I wanted to bring a case back to Linderhof with me, but alas, I'm careful on bringing back breakables!
Posted by Martha at 1:48 PM

We love to stroll around Bourton-on-the-Water. I have a photo of our AJ in the window of the Small Talk Tea Room.

I have enjoyed every walk, sip of tea and bite of scone/bread/toast on your trip! I also enjoyed your purchases - the next best thing to being there is having your wonderful reports!

I have lovely memories of Bourton- on-the- Water from childhood Martha, especially the model village and your lovely post has brought them all back to me clearly.
I'm so disappointed that I haven't been able to meet up with you, I've had problems with commenting to let you know (along with a lot of bloggers) and my husband has been working away from home in Scotland for the last two weeks. I would have suggested Bourton as a place to meet....However,I know you've had a glorious time on your vacation and I've enjoyed reading every single post. Thank you for sharing it with us all :o)
My very best wishes to you and your dear husband.
Rose H

What a wonderful ending to a wonderful vacation. Thank you so much for sharing it all with us.
AT

I loved your tour of Bourton-on-the-water! It brought back our trip to England.When we visited England we did go to Windsor several times. A beautiful place and I would love to come back.Thank you for sharing your wonderful day trip.
Blessings My Friend,

Well Martha - I read the prior comments and have to say I have never been to England and doubt I shall ever get to visit there. Maybe in Heaven.....I am so glad for your wonderful trip!

I love the review on the marmalade.
My favorite thing on that breakfast table is the knife!
Your reporting on all things English is enabling those of us who live vicariously to savor it all through your eyes.