One of the stops on our Panama Canal cruise was in Cartegena, Columbia.   Neither Husband Jim nor I have ever been to South America and we were excited to be able to visit this city in not only a new country but a new continent.

We walked up to the wall inside of which was the old city . . .


And natives as well as tourists.

In the middle of the square a statute to honor 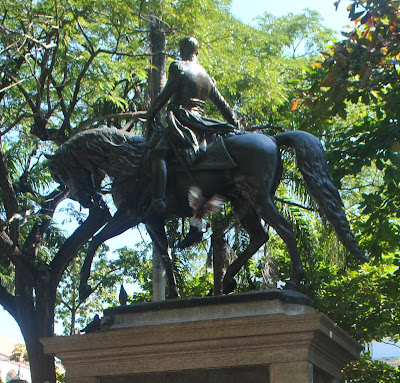 Simone de Bolivar -- a hero to the Columbians.      We've very familiar with Bolivar for there is a town not too far form our town on the prairie that also has a statue of Simone de Bolivar on their square for the name of the town is Bolivar (pronounced Balivar) and yes, it was named after the same Simone de Bolivar!

We enjoyed sitting in the park 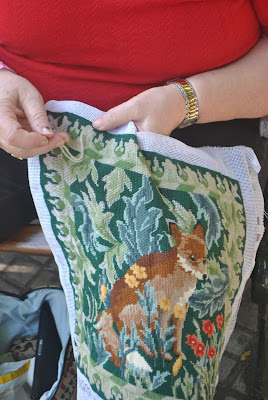 And I worked on my needlepoint.    The canvas bought in England . . . and so close to being finished.

After our respite in the square, we crossed the street to the 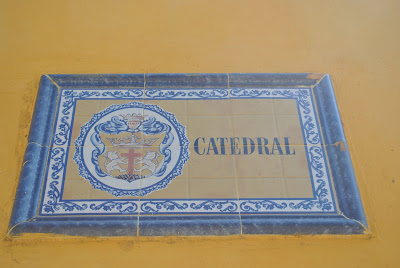 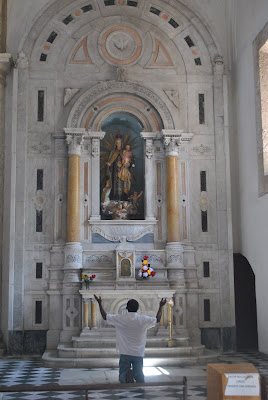 Which we found to be a beautiful church.

In the area by the dock where our ship was, we got to see some native birds . . . 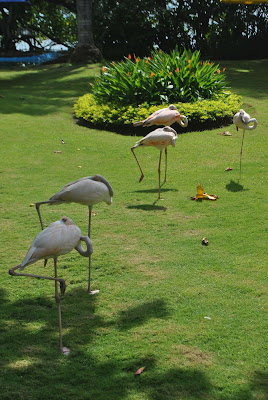 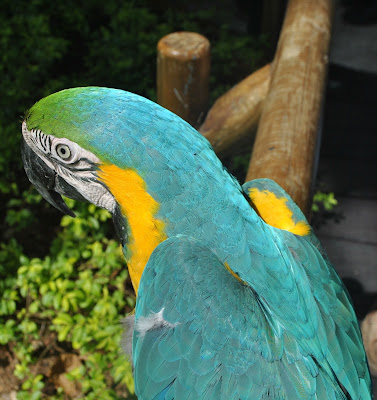 Of all the places that we went on our cruise, we both agreed that Cartagena was our favorite.    Perhaps it was because it was such a laid back sort of day -- a walk in the old town, a sit in the square and a visit to a beautiful cathedral.

It's Wednesday and I'm sharing our day in Cartagena with Susan at A Southern Daydreamer for Outdoor Wednesday.

Thanks for the virtual tour. Great captures.

I wish I could get the movie Romancing the Stone out of my head when I think of Cartegena! Your beautiful photos have helped.

Several friends who have taken that cruise have told us that Cartagena was their favorite stop. I think I'd like it too! I love that you have woven your memory of a lovely day into your needlework.

Martha your pictures are so beautiful. What a wonderful place to visit. Thanks for sharing.

Wonderful tour. My favorite photo is the woman in red. Wow, does that photo pop! Flamingos are my 2nd favorite. Have a great day!

That must have been a beautiful trip. I love your photo's. Also your tapestry is gorgeous.

I love the flamingos.

You really lucky to visit Cartagena. A dream place for me.