It's Not January, It's Not Iowa, But It IS a Caucus

It's not Iowa either -- for we're in Kansas!

And today, Kansas had  their Republican Caucus.

As good Kansans and good Republicans, we felt that we should take part in this part of our democratic process.

Our Bourbon County and the county north of us, Linn County held a joint caucus. 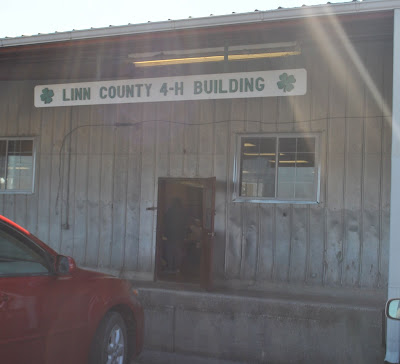 At the Linn County Fairgrounds.

Upon entering, with photo ID in hand, 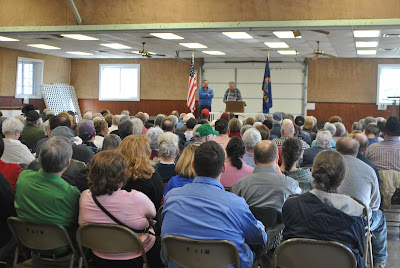 to representatives of each candidate (for our little caucus would not generate a personal appearance from any of the candidates.) who have 10 minutes to "plead their case, state their position, make sure their views are known". 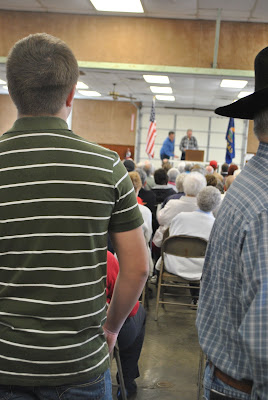 Once each candidate has had their 10 minutes, ballots are handed out. 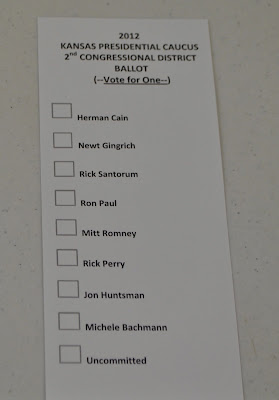 Obviously, when you had to file for inclusion on the Kansas caucus ballots was early in the campaign for all but four have dropped out by the time Kansas had their caucus. 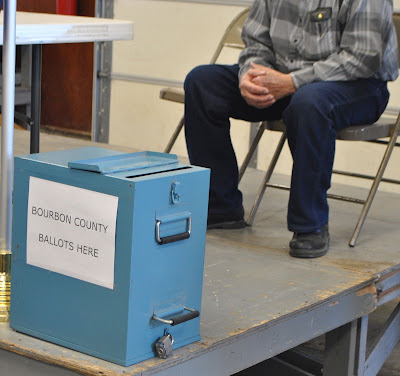 There is a ballot box (over which there is an observer to make sure that no one "stuffs" the ballot box) and into it your ballot goes.    Each county had their own box so that the count could be by county. 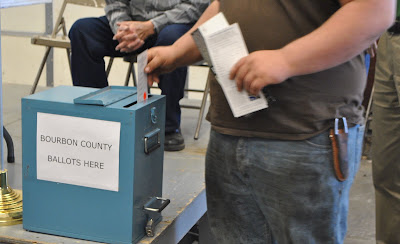 And into the box, you put your ballot.

The caucus started at 9 a.m. with registration and at 10 was the start of the Candidates speeches (or representatives in the case of our caucus).       Balloting began at the end of the speeches.     And lasted until 1 p.m. at which time the caucus was over. 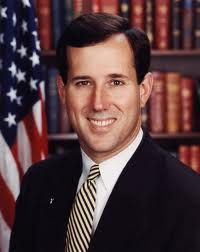 Rich Santorum
And I'm not telling whether or not he was the one I voted for!
It was an interesting caucus year in Kansas for because of those states "jumping the gun" by holding too early primaries or caucuses, they were penalized by having some of their delegates taken away from them.   Those delegates were given to more "law abiding" states and Kansas was the recipient of several of them -- in fact, we went from our usual 17 delegates to a grand total of 40!     That, this year, made Kansas a player!
And I learned something else as well.    Why some of the states hold primaries and some hold a caucus.   Primaries are paid for by the state government and are held in normal polling places.    A caucus, on the other hand, is paid for by the party holding the caucus (in this case, the Linn and Bourbon County Republican party paid for any costs associated with holding this caucus) and, in the case of Kansas, are held for a much shorter period of time than an election.
With the calls we have received this week from so many of the candidates or PACS representing candidates, I was glad to see Saturday come so that the calls could cease.    Husband Jim pointed out how many calls we would have had had we lived in Iowa!    For Iowa, after all, is the start of it all!
I was proud to participate in this caucus and being a part of the process that elects the President of the United States.
Posted by Martha at 7:49 PM

It's all very confusing and complicated from up here. We watch with interest, sometimes wonder, sometimes incredulity - but it is democracy in action, no doubt about that, and it is a good thing.

Being born in Kansas and having a Kansas-born mother, I, too, am a Republican. I knew I liked you!

My daughter was was PA to the Oregon State Chairman of the Republican Party. She had a ball getting to know all the local, state, and national GOP folks. When his term came to an end, she moved on, but retains contact with people around the state and country. It was great for her to get back into politics after moving back to the USA.

With the way things are reported in the MSM, it isn't any wonder Canadians are confused about our politics.