Years ago I found a cookbook -- a "local" cookbook (anything from Missouri or Kansas to me is local!) and it's an old cookbook -- published in 1963 -- almost 50 years ago!


It's from the Shaw House . . . What now is known as "Tower Grove" in the Missouri Botanical Garden in Saint Louis.


This house.    Where we visited a couple of weeks ago.

They had colored photos of the inside of the house -- 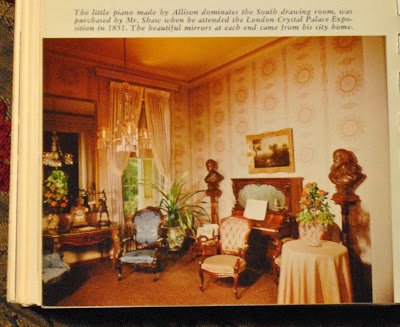 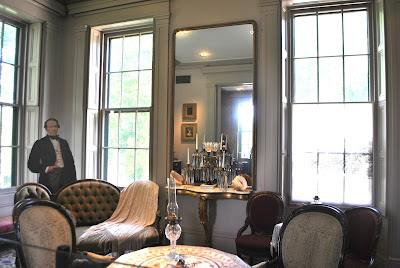 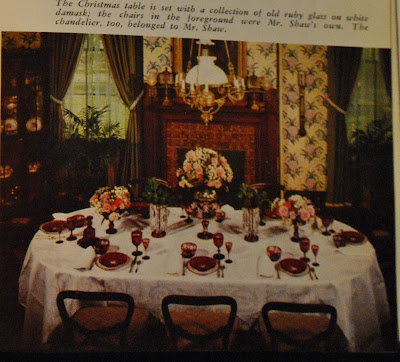 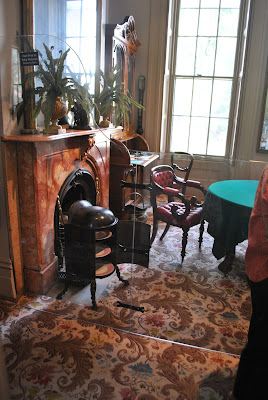 Circa 2012 dining room (and some of the chairs are still there -- but the dining room is different for the fireplace is in a different spot!) 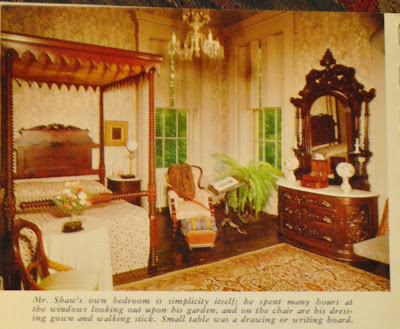 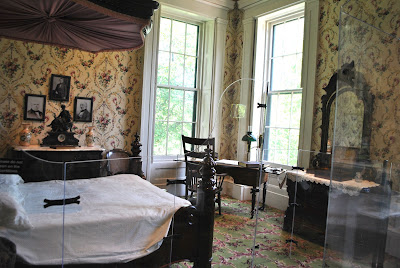 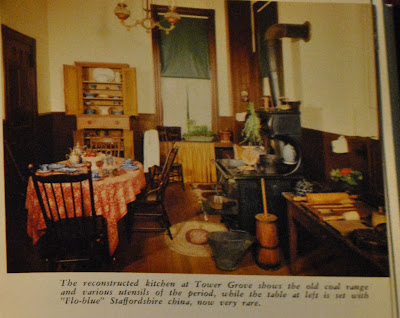 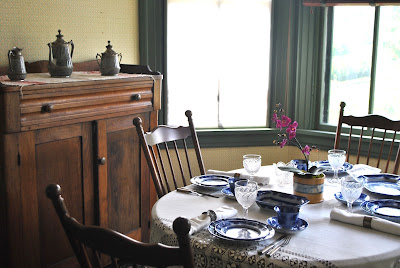 
Is this recipe in that cookbook -- Martha Scott's Orange Tea Cakes 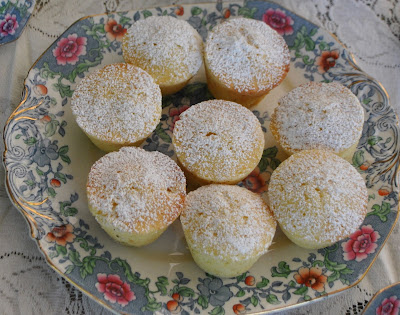 Who was this Martha Scott who made famous these wonderful orange teacakes?


On the porch.    The Lunch Bunch minus one.     For we're heading out to the little town east of us to get blueberries.    Not pick -- get.    Our picking days are over!      But we needed a little mid morning refreshment before we headed east.


My F. Winkle Wheldon Ware.    It's English -- it's blue and white with  touch of pink and I simply adore it.


It's reminiscent of famille rose.     And a hand crocheted nd embroidered napkin in blues and pinks seems to be the perfect tea napkin for these plates.    One of my mother of pearl dessert forks -- for this is a dainty tea treat! 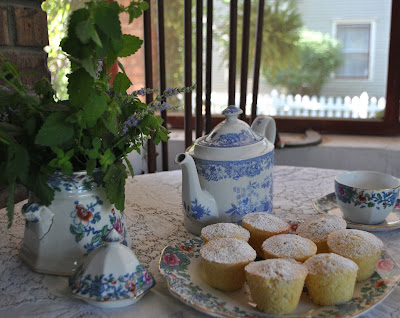 It's a part set and I have a sugar but no creamer but none of us take either so the sugar bowl makes a great centerpiece filled with lemon balm and lavender.     A Spode Blue Room tea pot is the perfect pot for tea.


It was cool on the porch and we ate a "Martha Scott's Orange Tea Cake" or two, had a cup of tea or two and thus fortified, we were ready to head east for a stash of blueberries!

I love old recipe books.    The directions are sketchy.   It does mention two eggs, separated, but it doesn't mention when you add the eggs!     I added the yolks after I added the zest and before the flour and orange juice.   I whipped the whites separately and then folded them into the batter.    It was a good tea cake.    And I have the little iron gem pans that the recipe calls for so they are petite cakes.    Really just right for tea!

It is Tuesday and I'm joining Sandi at Rose Chintz Cottage for Tea Time Tuesday and Marty at A Stroll Thru Life for Tabletop Tuesday.

I love this post Martha and your gorgeous tea table!

I adore those dishes, too! So very quaint and sweet. The tea cakes look yummy and I agree the blueberry picking days are over! Have a wonderful week!
Nancy

Your setting is so pretty, Martha. I love your dishes and the dainty fork with that beautiful napkin. The tea cakes look delicious, too. I love old cookbooks, new cookbooks, it doesn't matter!!

Martha,
My server has been down and I'm WAY behind on reading posts...plan on sitting down in the morning once the kids are off to school and catch up! How fun to find your name in that old cookbook! Beautiful tea!

Pretty post, Martha. I love the tea-pot and that fork..what a beauty!

Yummy! The tea cakes look very dainty and delicious and such beautiful little plates! What a lovely tea table you have set!

I love your old English china. The teacakes look wonderful! Interesting old cookbook, they are a fascinating read.
Sherry

Wow, so pretty, and the cookbook is a real find.

Those tea cakes look delicious and I just love your china, it is beautiful!!

Thank You for sharing and I hope you have a wonderful week!

Hi thanks for visiting me. Now I'm returning the visit! Those cakes looked really delicious and I loved the china particularly the plates. Would love to have joined you for tea but I expect the cakes have all gone? Joan

Such a pretty table. Those dishes are sweet and such a nice shape for the plate. Sounds like a lovely morning!

Martha,
Your Martha Scott Orange Tea Cakes were "meant to be"!!! Such a lovely table and a perfect setting on your front porch!
Fondly,
Pat

Good morning Martha,
What a pretty set of china! I love it! Your Spode teapot is the perfect accompaniment and your Orange Tea Cakes look delish. A lovely nosh with your tea.
I have my grandmother's recipe book from her school days. Would love to join you! Thanks for sharing and enjoy your day.

Oh Martha, I love the namesake tea cakes! And your placesettings... thoses dishes are simply gorgeous. I can see why you adore them so! Beautiful post!

Hi Martha,
Your teacakes look delicious. Blueberries would be so yummy with your teacakes. I love your table setting and your china is beautiful. Thanks for sharing. Have a wonderful day!
Lisa
~hugs~

Hi Martha
I'm the one who has been emailing you, the teacakes look so good. The plates are beautiful and the teapot is gorgeous too. What a great looking tea-wonderful.

Those tea cakes look delicious - just right with a cup of strong tea. I love a good mystery!

I love old cookery books too and this one is great with all the photos - though since I remember the 1960s very clwearly I don't really consider it to be old:) I wonder whether the original Martha Scott was a cook at the Shaw House? The cakes look delicious anyway whoever she was.