Proud To Be An American

I'm proud to be an American . . .
Especially today
When I had the privilege of witnessing 80 immigrants become Naturalized Citizens
of the United States 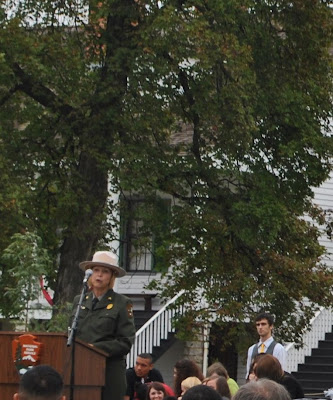 Remarks by the Superintendent of the Fort Scott National Historic Site 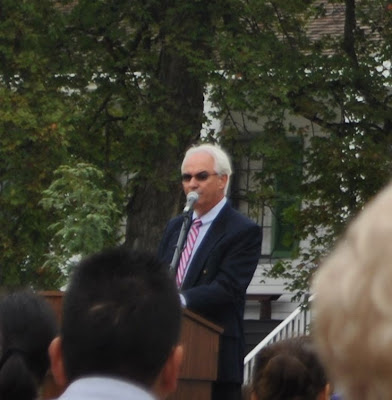 And the Mayor of Fort Scott 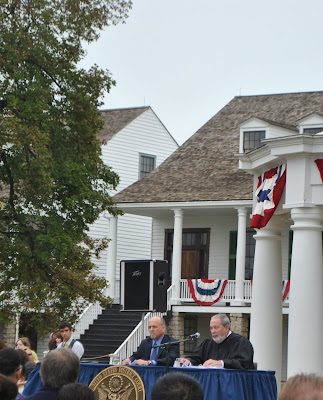 And the Fort Scott High School Ensemble, Choir and Band provided the music

And finally, the moment these 80 immigrants have been waiting for

It gave a person goosebumps to hear these 80 individuals swear their allegiance to the United States led by Courtroom Deputy, Kathy Grant

And then, for the very first time, as United States Citizens, along with the 200 or so spectators
said these very special words: 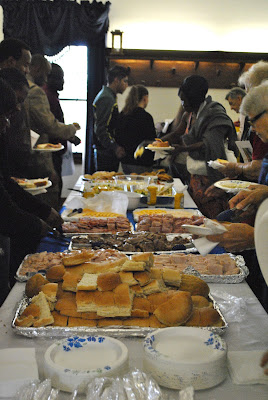 After the ceremony, the Friends of the Fort Scott National Historic Site hosted a luncheon
for the new citizens and their friends and family.
Their first meal as a citizen.
I was happy to help serve.

And as one of the speakers said --

I get teary-eyed watching scenes like this on television. If I'd been there in person, I would've needed a box of tissues.

...And the quote from the Declaration of Independence - The signers of that document pledged their "lives, our fortunes and our sacred honor"... sure wish today's politicians were that dedicated!

I remember my own New citizen celebration at the JFK Center in Boston. And one of the local colleges (they take turns hosting) made a huge cake for us, over 200 New Citizens... with the American Flag decor on the frosting.

I cried, we had a great speech from the Mayor and all was done so formal. Made me proud to be there that day and stand up and say now... I too am an American!

I was born in Nova Scotia and my mother brought me over to US when I was 9.

How interesting. Does this happen often at the fort? I always thought it would be in some big courtroom in Kansas City or Topeka or such. How lovely for the fort and the people involved.

My husband has told me how proud he felt to become a U.S. citizen at the age of 25. He, with his family, came when he was only 12. I've never been to a citizenship ceremony but imagine it is very moving. Thanks for sharing.

How lovely and what a beautiful account. I also liked the symbolism in the final photo, which looks like one of Norman Rockwell's Four Freedoms paintings.

I became a citizen when I was 17 and a half, because my parents went through citizenship school and earned their citizenship, and I as a minor child was allowed to be "grandfathered" in on their citizenship. (Now there's a sentence you don't run into every day.!)

Every time I travel, I am so grateful and glad to be an American. And though I was born in Canada and my husband was born in England, the USA is our home, and the place where our daughter and granddaughters were born.

In these contentious times, it's nice to be reminded that the American citizenship so many take for granted is a very special gift and privilege.

On behalf of the new Americans, and your blog readers, thanks for sharing this special moment.

HI!!!
WHAT A HONOR....I bet it was SO moving...I have never witnessed a sight like this....HOW WONDERFUL!!!!I AM SO PROUD to be an AMerican too......SO PROUD..I AGREE.....when did we ALL become something other then just AMERICANS??????If your nationality is Indian, Mexican, or something else..that is fine...but if you live in AMERICA...you should be a PROUD AMERICAN!!!
GOD BLESS the USA.....GO VOTE!!!
hugs,
jamie

How lovely to take the oath at your historic fort! My German husband became an American 1 year ago at the Dole Center at KU...followed by lunch at an old bank (robbed by Clyde of "Bonnie & Clyde" fame) turned into a restaurant. Very special day!

Well you describe it