'Ritings from Rockaway -- or Linderhof East

Instead of "Lines from Linderhof" -- it's 'Ritings  from Rockaway --


The location of That Old House . . . where we were guests of Howard and Cass.


I've read Cass's blog for a long time and I can't tell you how exciting it is to see pictures come to life!

After our "harried" drive through New York City . . . we arrived and enjoyed a New York style deli lunch -- complete with

Part of our friendship lies in our fondness for china . . .


And I have plates.    It's a Noritake pattern nicknamed "Christmas Bell" -- mine I found in a box at an auction and I use them sometimes for Christmas.

And we both have Johnson Brothers Indies . . .


And we both use it and often!

The next morning we headed to the "wilds" of New Jersey for thrifting and antiquing.      One gets rather hungry traversing the wilds of thrift and antique shops.

At a great Italian restaurant in Summerville.

I had veal parmesan.   A favorite and it was one of the best I've had! 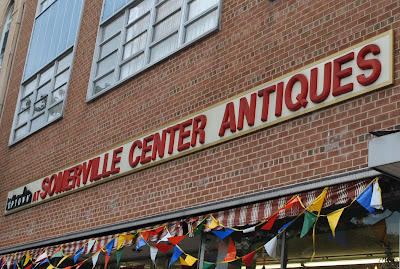 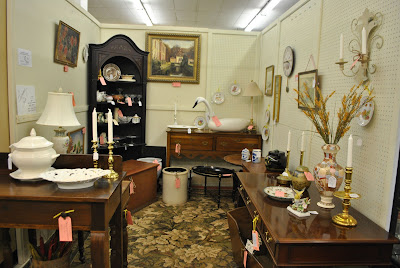 Where Cass has a booth.    The BEST booth in the whole antique mall.    Everything you see is either on sale or for sale!     Cass ships!

I've read about the famous Muttinis on That Old House and I got to taste one!    Howard and Husband Jim preferred their Scotch neat and single malt!

The morning we left . . . Cass used ANOTHER set of china 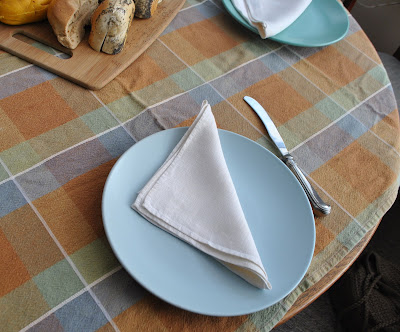 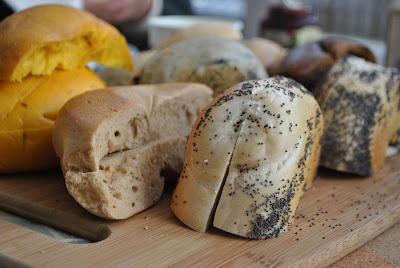 Where we had real East Coast bagels.    They put prairie bagel to shame.   A favorite -- the pumpkin -- it tasted like pumpkin pie in bread form -- it was really good!

A visitor who watched while we had our breakfast.    I'm sure he was looking for a handout.

And where did we stay while we were at That Old House?    In the Pink Room, of course! 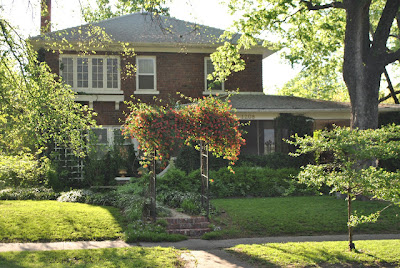 We arrived back at Linderhof.    It was good to be home. 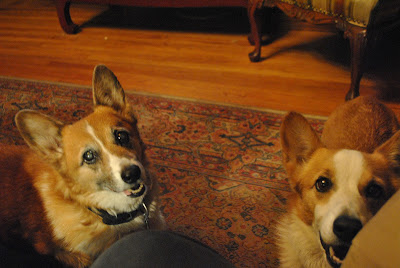 The corgis were especially glad to see us!

Saturday afternoon, I took time to brew a pot of tea . . .


Which I took in the sunroom.    Using my Johnson Brothers Indies, of course!    A book close at hand, as is my custom when I have tea alone.

Cass and I would joke on comments and in emails about being separated at birth since we had so many similar likes.   On my first (and I thought only) trip East last year, we got to meet for lunch.    That developed into a lasting friendship between the two of us!

When we found we were spending a week on Cape Cod, I immediately emailed Cass to tell her and that we would like to meet she and Howard -- hoping perhaps for a one night stay.    She and Howard had other ideas and we spent 4 nights with them.   Four fun filled talkative nights.

The seed of a friendship planted in a blog which grew to a sapling last year over a lunch is now a full blown tree.

We'd love to show those Easterners the Prairie!
Posted by Martha at 9:18 PM

Very special and fun friendship...can't wait for chapter two, when they come to visit you!

Isn't it wonderful to meet such a Kindred Spirit? I enjoyed reading about your meet-up.

We would LOVE to come and visit you and Jim in Fort Scott.

Then when we left and went back to New Jersey, we could sigh and say, "We're not in Kansas anymore!"

We had a great 4 days with you. You were such EASY houseguests, too! My favorite kind.

What beautiful sights and flavors you shared at Linderhof East! Cass has a lovely home (and "booth").

Cass -- and you might even leave with a pair of ruby slippers!

Martha,
Oh, dear friend, how this post touched my heart!!! Not only the lovely photos, the great food and shopping...but that of a developing friendship!!! May your wishes come true and Cass and Howard come to stay with you!!!
Fondly,
Pat

Amazing how one can develop friendships like this through blogging. We have met up with a number and had several from the US stay with us. In fact having a couple from LA who stayed last year coming again next week.

My main memories of a New Your Deli are: Trying to decide what to have while all the busy office people were getting edgy. Also the portion size when it came! Thanks for the memories.

Sounds like the perfect visit! All that talk about food though, made me hungry! Loved the photo of the corgis at the end. My daughter and her husband have two corgis too. Lovely little dogs.

Wow you navigated NYC quite well ! And you two do remind me of each other from reading your blogs. Sounds like a wonderful time together...and yummy food.

I love blogland! Your post shows what wonderful friendships can develop and how kindred spirits can be united. Cass has a lovely home (and dishes!) and appears to be as gracious a hostess as you. Thanks for sharing your visit.