A Bit of Fort History at Linderhof

Fort Scott is full of treasures of history.

Firstly, our 1842 reconstructed and restored Fort
(the basis for our little town)
which is a National Historic Site

And another treasure is
The Scottish Rite Temple 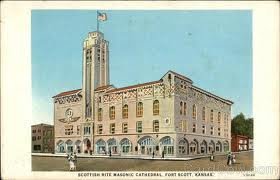 Built in 1923,
it features century-old stage backdrops and costumes. 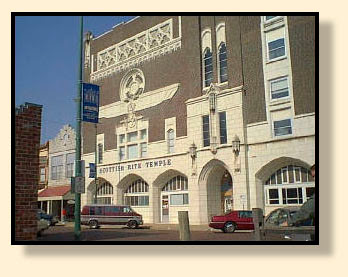 It looks a little different today -- almost 90 years from when it was built.

It's home to the Scottish Rite who hold meetings in the building
And who rent the kitchen and dining room
for community feeds
for the Rotarians, for the Kiwanians, and for the Beacon.

On Garage Sale Saturday in September, the doors of the Temple were open and inside
were treasures. 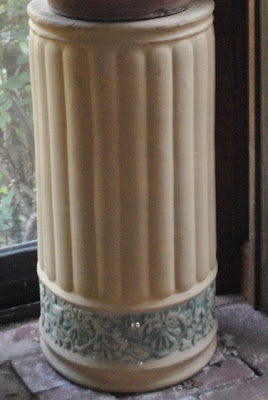 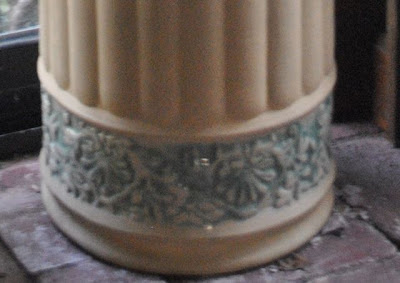 With the top part having a glaze.

Turning it upside down to hold a plant,
out came fine white sand
And then it occurred to me --
it wasn't umbrellas that it held
but rather cigarette butts.

We're think it dates to the 50's at the latest
And is probably much earlier than that.

But then I decided that it would look smashing
in the breakfast room
With a plant on top!

The clivia looks smashing on the upside down "ash tray"

It looked so good that I went back to get a couple of more.
It is one of those times that if you didn't buy it then,
there would be no second chance.

And so two more came home with me. 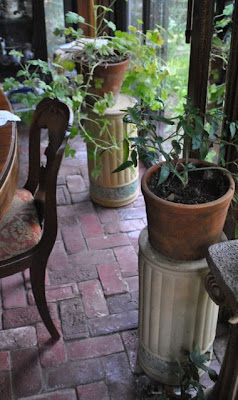 To hold more plants in the breakfast room. 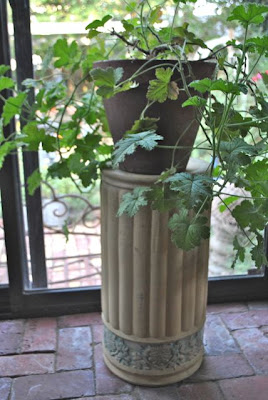 A perfect perfect for the rose geranium.

I'm happy to have a piece of Scottish Rite history at Linderhof.
They'll be loved and treasured.

And I do wonder if perhaps they date to the building of the temple in 1923.
Which would make them almost as old as Linderhof.

It's Friday and I'm joining
Cindy at My Romantic Home
for Show and Tell Friday.

Martha, what a great idea, and how nice to have a pair of them, plus one! A meaningful addition to your home in Fort Scott!

i wish i could have gone to that sale! terra cotta was heavily used in building facades. your pieces are fabulous!

What a great re-purpose. They're beautiful.

I was worried you were going to say it had a different kind of ashes in it. It's very pretty, I love the aqua color with the cream., I think I would still use it as an umbrella stand, so lovely. However your plant is darling on it.

I love to repurpose wonderful old things like this. Great find!

I love to repurpose wonderful old things like this. Great find!