If It's Oktober it must be Oktoberfest Time!

At least in our town on the prairie!
It's not a German town but my heritage IS German
And Husband Jim has been to the REAL Oktoberfest in Munich!

For the last 18 years, he and I have hosted
the 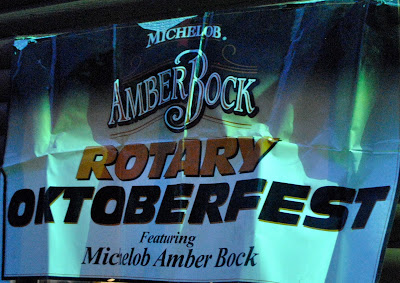 Shared duties.
He sets up the liquid refreshments
He decorates the Shelter House at Gunn Park
He makes the announcements at Rotary and sends out the email invitations 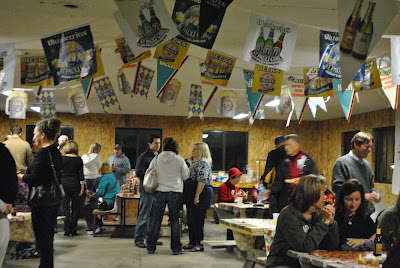 And we turn Gunn Park into a little bit of Bavaria for just one night! 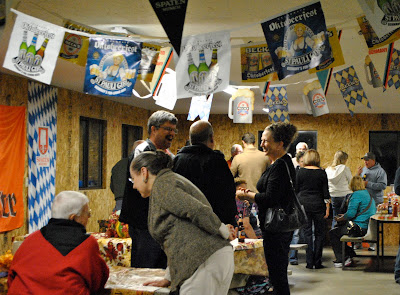 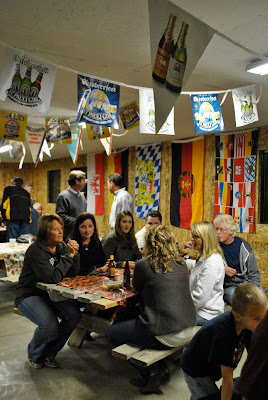 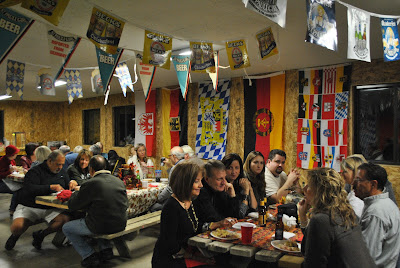 German music in the background -- not a band nor an accordinist
but rather a CD!

And I do the food 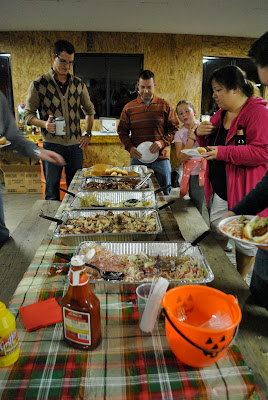 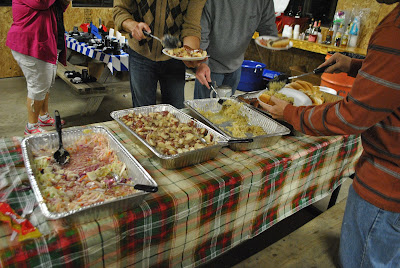 A table full of German delectables 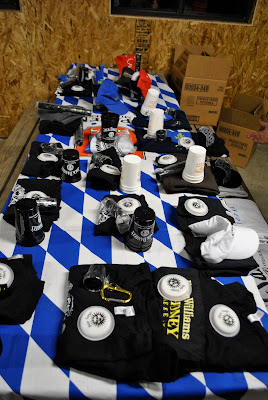 We have drawings for prizes! 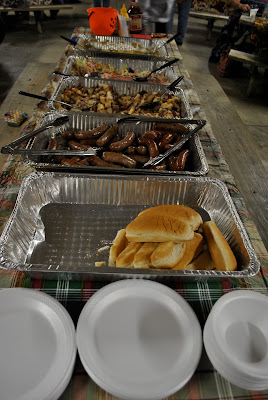 And although there aren't a lot of Germans,
they eat hearty and little is left. 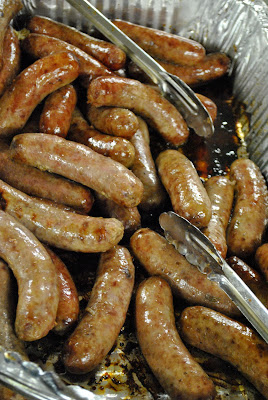 Johnsonville.
We've tried a couple of other brands but keep coming back to Johnsonville.
Original.
No "fancy" brats for us - no Cheddarbrats, no beerbrats, just plain Johnsville brats
which WE then boil in beer
And then grill 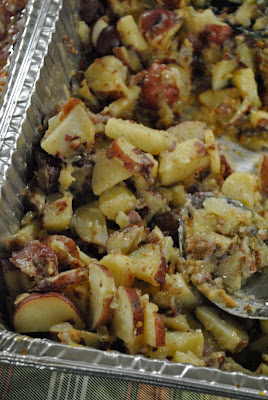 My German grandmother's hot potato salad
Updated to the 21st century
Far less bacon and bacon grease than her recipe calls for!
We think it's the perfect accompaniment to a good brat!

Oh, yes and there is sauerkraut, too.
A brat wouldn't be a brat without sauerkraut!

It's Friday and I'm joining Michael at Designs by Gollum for Foodie Friday.
Posted by Martha at 6:39 AM

I sure wish I lived closer. This looks like such a fun event.

Good idea having it inside. Ours today was cold! Still fun. I always must have green bean dumpling soup!