Mind your Ps and Qs

September found us on Cape Cod.
We and three other couples rented a house on Buzzard's Bay for a week.
And we explored the Cape -- from one end to the other.

One day, Husband Jim drove the "Daisies"
(the other wives)
to 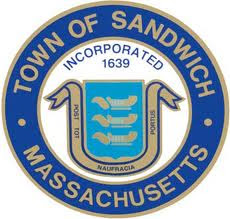 And we visited
A Historic House
The Thornton Burgess Museum
and had
a Tea
and then we visited the Antique Shops of Sandwich!

Husband Jim joined the "daisies" for everything but the tea.
He loves both history and Antique Shops!

This classic saltbox was built around 1637!   It is thought to be the oldest house on the Cape.
It was originally the home of the town of Sandwich's second minister, Rev. John Smith and his wife Susanna and their 13 children.

However, it is named for Abraham Hoxie, a whaling captain who bought the house in the 1850s.    And it continued to be occupied by his descendants until the early 1950s.

What is remarkable is that the house never had electricity, plumbing or central heat so it was in original condition when the town purchased the house in the late 1950s and restored it to its current late 17th century condition.

And to think that a house built in 1637 has only had two owners until the town of Sandwich purchased it!     That to me is amazing!

One of the two upstairs bedrooms

A view from the second floor showing the ladder which you climbed to get upstairs!

The best thing of the whole tour was the docents who explained where certain terms came from -- all supposedly dating from the period of the house.

We've heard them before -- first at Anne Hathaway's House in England -- which predates this house a bit.

But they are fun and I'm sure that the children enjoying hearing them!

The sayings derived from a First Period House!

RAINING CATS AND DOGS
The steep roof of the house was called a Cat Slide Roof thus whenever an animal got on the roof, it slid off -- thus  "raining cats and dogs"!

TURNING THE TABLES ON YOU
The table in the picture above is both a table and a chair.    Whenever dinner was over it was "turned" into a chair -- thus "turning the tables on you"!

UPPER CRUST
Bread was baked in the fireplace oven.    The top was perfect, the inside a bit chewy and the underside often well done.    Thus the best people got the top of the loaf -- thus "upper crust" for the more elite.

SIT AROUND AND CHEW THE FAT
Sheep were used in every way and at last an older sheep would make the soup pot.    The mutton in the soup pot was often fatty so when you ate you would "sit around and chew the fat".

SLEEP TIGHT AND DON'T LET THE BED BUGS BITE
Ropes on the frame of the bed held up the mattress.    The ropes would stretch and the bed would sag.   So you would hope everyone would "sleep tight" and not end up on the floor!    Mattresses were made out of straw and other dried vegetation.      Often, there were be bugs in the mattress material and so "don't let the bed bugs bite".

PEASE PORRIDGE HOT, PEASE PORRIDGE COLD, PEASE PORRIDGE IN THE POT NINE DAYS OLD
The rhyme came about because the pot of peas for a meal would be used until it was all gone.    Often it would take over a week to heat all of the peas out of the pot!

WAKING THE DEAD, DEAD RINGER, GRAVE YARD SHIFT
Because there was lead in every dishes and mugs, lead poisoning was common in the late 17th century.    It would induce a coma but did not kill people and so when people were buried, there was a string tied around their toe with was attached to a bell.    If they woke, the bell would ring and they could dig them up.    They were known as "dead ringers".   Of course, someone would have to sit in the grave yard in case a bell would ring and that was the "grave yard shift"

The docent had a lot of fun telling us about them.    As much fun as we had listening to them.

But who had the most fun?

Oh, and the title -- mind your Ps and Qs.
Waitresses in pubs and inns would wait on customers who would order their drink by either a pint or a quart.
In order for her to collect the right amount of money,
she had to know who had how many pints and who had how many quarts.
So she had to "mind her Ps (pints) and Qs (quarts).

I'm joining Susan at A Southern Daydream for Outdoor Wednesday.

What a wonderful day full of things you saw. Amazing pictures and thanks for sharing! Love Colonial Life!

I loved reading the meaning of all those old sayings. What an interesting place to vacation in.
Judith

Sounds like you had a great time! Thanks for the info on all the sayings...I love learning things like that!

Sounds like you had a great time! Loved learning where those old sayings came from!

Oops...had trouble getting the first comment through, so I posted again! =)