Tea and Pumpkin and the Squirrels

We had a friend stop by for tea.
Tea in the breakfast room 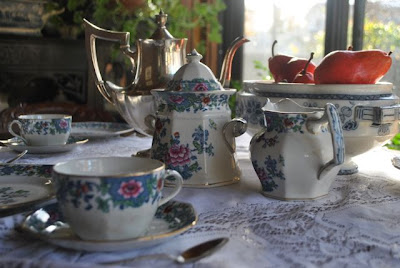 It's the Asian "flower" motif that I adore
And the price was right. 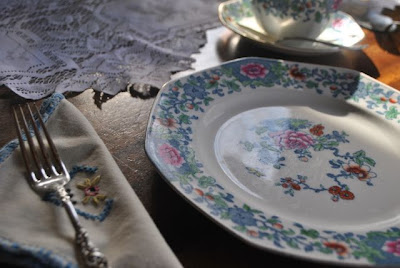 A simple afternoon tea of
tea and cake 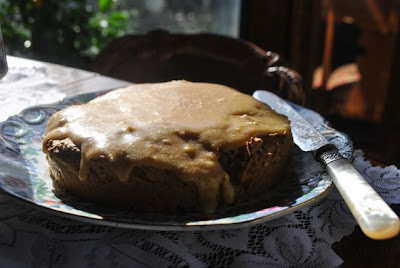 Pumpkin cake with a pumpkin glaze 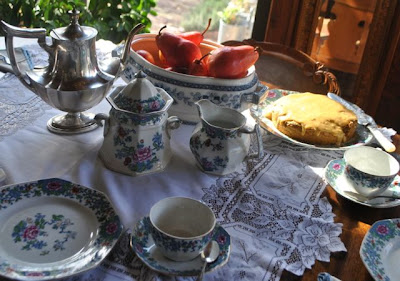 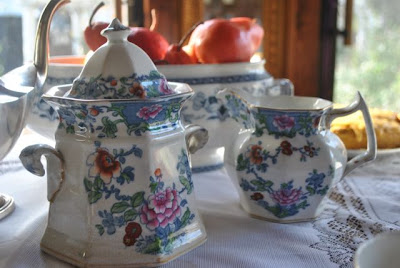 The sugar and creamer -- the set was creamer less and found it on ebay. 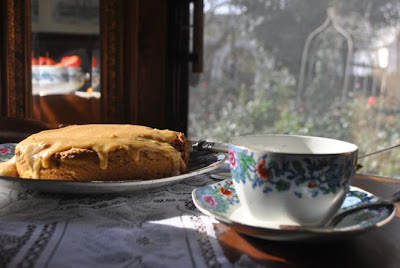 The cake, baked in a 7 inch cake tin which I brought home from England. 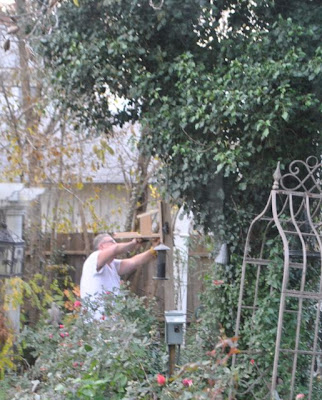 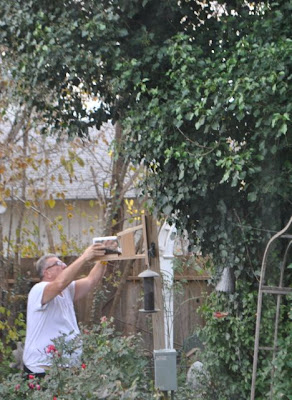 The squirrels, however, have not found it
preferring to eat out of the bird feeders.

But box of spice cake mix in mixing bowl, add pumpkin and mix until well combined.    Pour batter into greased and floured pans.    Bake until done (I forgot to time it -- just stay around the kitchen until a knife comes out clean or the top springs back when touched).

It's Friday and I'm joining Michael at Rattlebridge Farm for Foodie Friday.
Posted by Martha at 8:12 PM

Looks beautiful and delicious as always. The squirrels will find the feeder eventually. Should be entertaining.

Martha,
Adore your English Tea Set! Great find matching the creamer on Ebay!!! Your cake sounds delicious!!! Our squirrel won't sit in his squirrel feeder either...he sits on the tree stump in front of it and eats the corn off the cob!!! That's entertainment! Ha! Have a wonderful weekend, dear freind!!!
Fondly,
Pat

What size tin of pumpkin did you use in the cake? It looks delicious.

What a glorious tea set! Do you know how old it is, or what the name of the pattern is?

@Elizabeth It's the regular 15-oz size.

Your teaset is beautiful, Martha. Aren't estate sales fablous???? I made your Dundee cakes today and look forward to when I get to eat them (I tasted the batter and it was yummy!) Thanks for that recipe. I sense it will become a holiday favorite!

Pumpkin is usually sold in 19 oz cans around here so that's good to know! Thanks - I do plan to make this.