The Last of the Round Living Room Tables

Is a walnut Williamsburg reproduction
a Craig List's find -- my only Craig's List find. 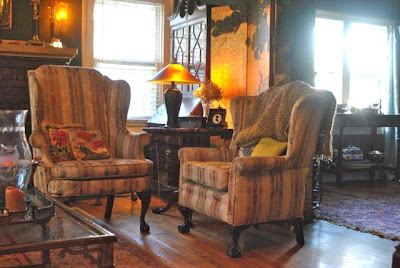 And between them is the Williamsburg table
And on the table is . . . 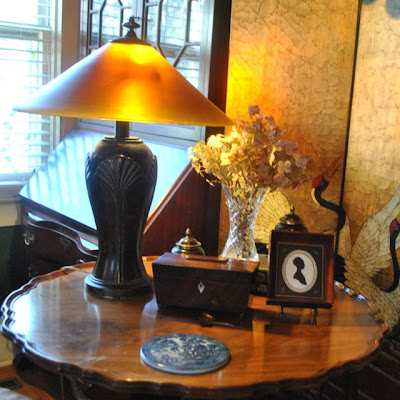 A lamp that reminds one of the Arts and Craft period -- not old but it looks like it could be
A crystal vase with some dried hydrangeas
And peeking out are two cloisonné ginger jars -- brought home by Husband Jim when he returned from Viet Nam
Bought when he took an R and R to Hong Kong.

The silhouette is a purchase from a couple of weeks ago.

The blue trivet was a gift from a friend
And serves as a coaster.

The silhouette -- whom I've named Saluda
after a great great of mine. 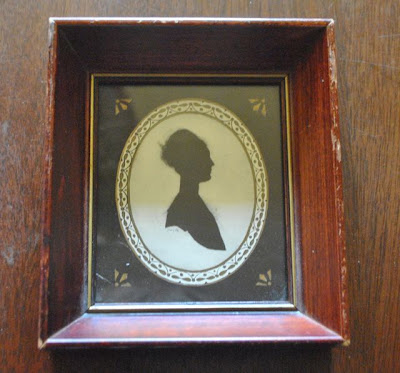 She came in this frame which needs a touch up
And it's not original, I don't think 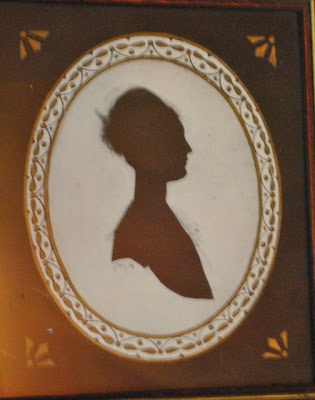 For Saluda is a rare treasure indeed.
So tiny but there is a signature -- William Doyle
A silhouette artist from around the turn of the century
Not this century
But the last one.

When I found out what it was and how much it was worth,
I felt that it was a true Antique Roadshow Moment!

My other treasure is the tea caddy -- old -- mid 1800's and I passed up many of them
when I was in England because of what was inside. 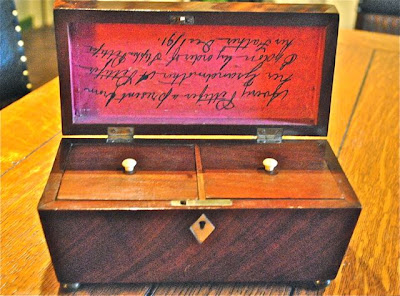 A wedding present, I'm sure to Avery Pettifer form her grandmother.

Today I've been busy
for 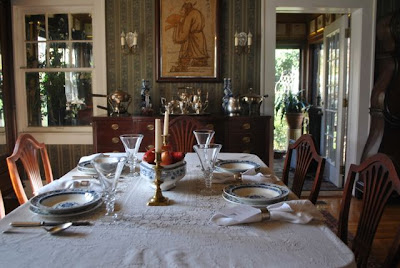 I've had company for lunch.
Which will be, of course, another post.

It's Tuesday and I'm sharing my last round table with Marty at A Stroll Thru Life for Tabletop Tuesday.
Posted by Martha at 4:25 PM

What great treasures and the stories they can tell!

Your house is lovely. And exactly my favourite styles! xoxo Carol

Love each pretty treasure and the story behind it. The silhouette is very special.

Martha,
Gorgeous piece...your last round table! You have the most beautiful vignettes! History and stories are so intriquing and greatly enjoyed when I visit! Thank you for sharing!!!
Fondly,
Pat

I loved seeing your treasures in this post and seeing your house. The chairs, from the last post, are so classic, as is your whole house.

Love your cozy corner with the Williamsburg table and Mama and Papa chairs. Looks like a nice place to have coffee or tea or just read a book. Your home is just lovely!
Miss Bloomers

First of all, your home is gorgeous!!! You are so gifted with your decorating.. I love your blog! I am new and already loving it..I love love love those chairs and the pattern is perfect!!! love the cozy corner.. now I am left with wanting to see more sigh...