It's Christmas
A Day of Feasting 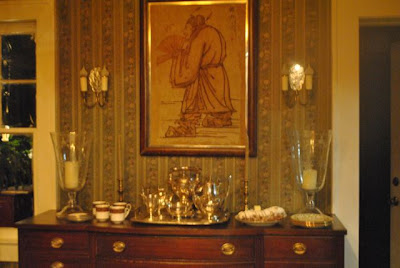 as breakfast is on the sideboard
coffee to the left . . . 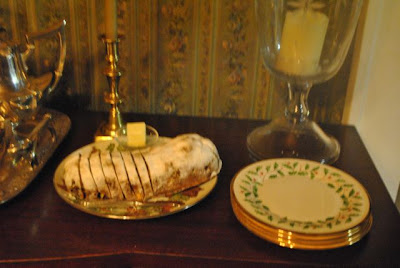 Stollen to the right

And ever since Daughter Sarah moved to Minneapolis, there's been a Kringle as well
but she and Andy flew in . . early
So we were back to Stollen only for Christmas breakfast.

Always bought -- never made
(although I have looked at recipes)

On the sideboard
Quick trips to refill coffee cups and snag another piece of stollen slathered in butter
while we open gifts.

Not too much breakfast
For there is Christmas Dinner
But enough -- just enough to stave off the hunger pangs.

After presents,
After the sack of discarded wrapping paper
(some ribbons are saved for next year)

We get busy in the kitchen 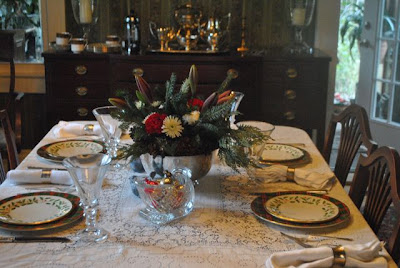 The table was set the day before
With the Christmas china, of course! 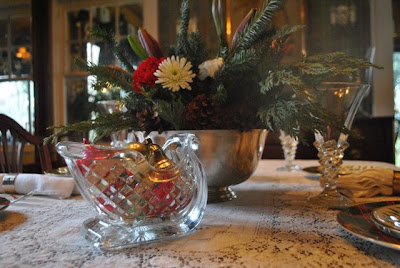 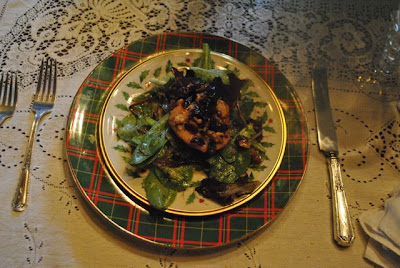 With the glut of Harry and David pears, the wonderful
roasted pear salad from Ina Garten
It's fantastic!
(And was Daughter Sarah's favorite part of the meal) 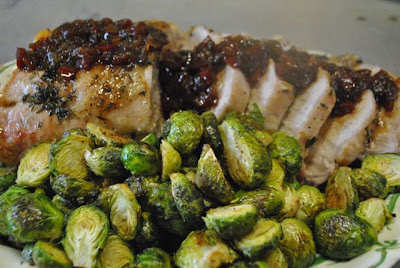 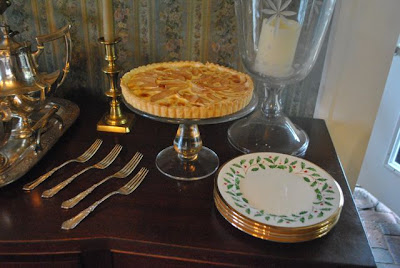 A pear tart awaits on the sideboard.
(That glut of Harry and David pears)
Not a found recipe but one I created. 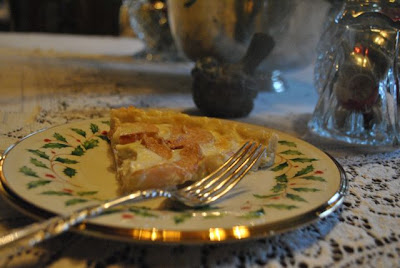 Both Sarah and Andy thought it fabulous.
Andy so much so that he had a second piece!

Simple -- pear, cream and a bit of sugar in a pastry crust.
Served on Lenox holiday 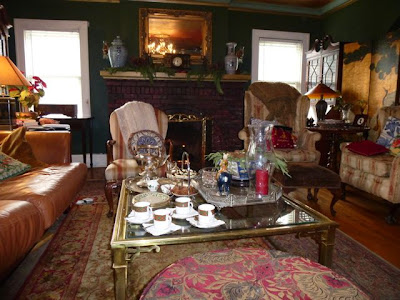 We have a Christmas tea 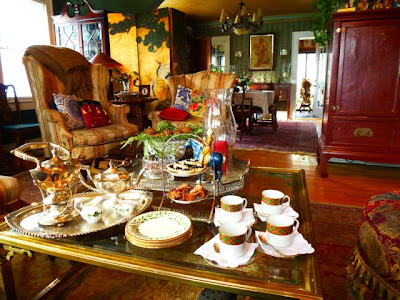 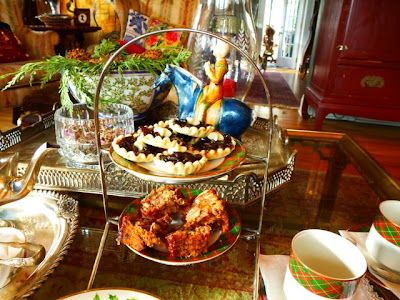 And on the curate,
Mince pies made just for tea
And slices of fruitcake

And then the service of carols and candles that night, Christmas Eve

It's Thursday and I'm sharing my Christmas Feasting with Susan at Between Naps On the Porch, with Cuisine Kathleen for Let's Dish, and with The Tablescaper for Seasonal Sundays.

Beautiful post! Gorgeous china.
Hope you had a dazzling Christmas.
Thanks for sharing.
Hope to see you on my blog:)

A Very Happy New Year to you and yours!

Hi Martha, You made Christmas memorable! But then, you always treat your guests with fantastic food and lovely table settings. The stuff of which memories are made! I wish you and your family peace, joy, faith, love, and good health in 2013 and beyond. ~ Beth

Looks like a wonderful Christmas time in your beautiful home. Now I am hungry after seeing all the great food.

So festive, so beautiful, love your table. Your food looks delish.

What a yummy Christmas. Love the whole menu!!! The pork loin looked delicious!!! Looks like you had a very "full" Christmas :)
Karen

Twenty years ago our heads just weren't in the same place as they are now. I understand wanting to kick yourself for not buying more of that fabulous china at that practically unheard of price. I have made similar gaffes in the recent past, and I am still shaking my head in disbelief! Everything looks beautiful, though, and the food...scrumptious!!! That dressing in particular...mmmmmm!!! I'm glad you enjoyed a wonderful Christmas with your family, and I wish you a very safe and joyous New Year across the state line! :-)

Spectacular food! The pork roast looks fabulous, especially paired with the Brussels sprouts. That pair tart does sound delicious, too! Everything looks wonderful!

It sounds lovely Martha, and not unlike what happens here. Most years it's cinnamon buns and coffee on the sideboard, but this year, with just two of us in the morning, we opted for butter croissants and marmalade sent from England.
Your table is very pretty - 1wise of you to buy double the Lennox

Everything looks wonderful Martha and laid out so nicely with Christmas china. The roast pork and vegetables look delicious and then I came to the tea - my, you entertain thoughtfully and generously.
Happy New Year.
Judith

Love the Lenox and plaid together.

Absolutely beautiful. What an amazing find! I love all your traditional elements. So timeless.

Martha,
What marvelous memories for years to come of this 2012 Christmas past!!! Your tablescape for Christmas is exquisite!!! Fun to see Dolly in her first Christmas @ Linderhof!!! I think your breakfast and tea sound a wonderful part of family Tradition. Your Christmas Menu was divine!!!
Have a Happy New Year, dear friend!
Fondly,
Pat