Epiphany and a King's Cake

Sunday is Epiphany
The True Epiphany
because it is January 6
for every year we have an Epiphany Sunday
but not every year does January 6 fall on a Sunday. 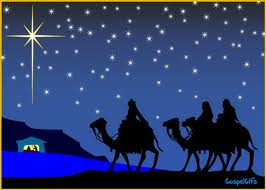 Epiphany is celebrated because it is  a clear example of God revealing the true identity of Jesus as God and Messiah.
God revealed Jesus to the Gentile magi.
They received Him and responded by worshiping Him and bestowing gifts.

And many churches celebrate The Epiphany.
Ours does.

And Epiphany ends the Christmas season.    January 5 is the last of the
"Twelve Days of Christmas" and on January 6, we celebrate Epiphany.

And in France, they celebrate Epiphany by serving King's Cake 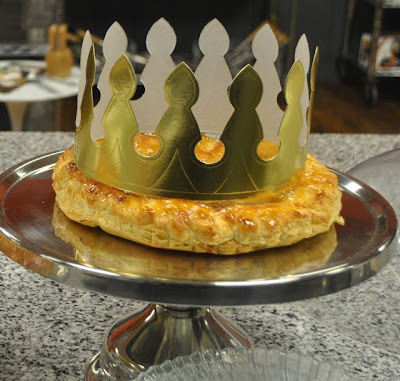 Baked with a feve on the inside and a crown on top.
For the one who finds the feve gets to wear the crown!!

I did a cooking class on King's Cake.
It's a simple cake
with an almond filling
in between layers of puff pastry.

Although tradition is that you divided the cake into enough pieces for your guests
plus one.   The latter, called "the share of God" was intended for the first poor person to arrive at the home.
But I wanted everyone who attended the class to have a real piece of cake,
so we baked two
before the class - - for serving. 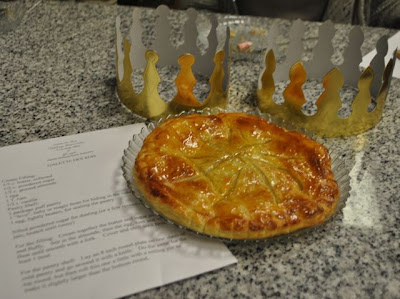 And the "demo" that we baked during class
was sent home with the lucky person who found the feve in our tasting cakes. 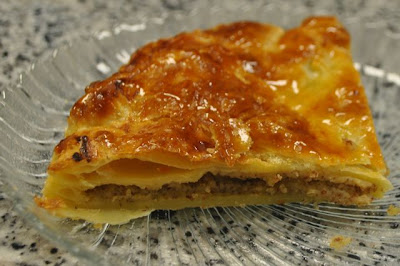 Layers of puff pastry and an almond filling
An egg wash for golden color and a smear of apricot jam for shine after it comes out of the oven.

I was told by Cynthia that it made a great breakfast! 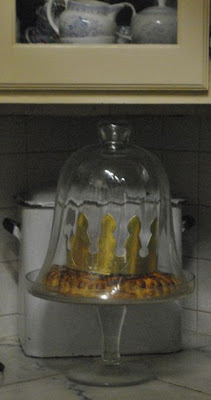 There's another ready as well
A gift from us to Pastor and his family.

It is Sunday and I'm joining The Tablescaper for Seasonal Sunday.

I was aware of the King's Cake but had no idea it was puff pastry.
Judith

I really like this tradition--you did a marvelous job on the cakes. I'm sure the pastor will really appreciate it.
Ann

Yep...today, Epiphany or Twelfth Night I am ytaking down the Christmas decorations. I absolutely LOVE King's cake! But then I love marzipan, so... Lovely post!
Ruth