Stew For a Snowy Day

I needed an easy
A tasty
A comforting
Dinner 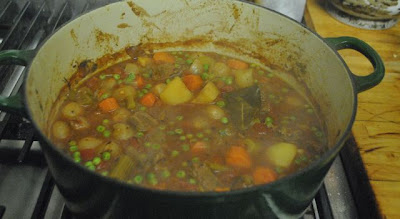 It's a very forgiving recipe
For this time I added peas -- but not at the beginning
Frozen peas, added after I took it from the oven
The heat of the stew cooked the peas

To go with the stew 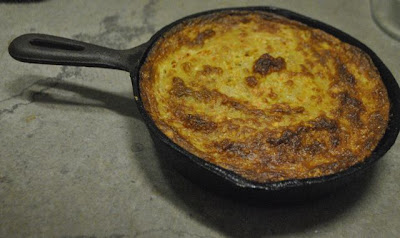 A three ingredient recipe -- the cornmeal, buttermilk and baking powder
Baked in an iron skillet
Cornbread is really better when it's baked in iron! 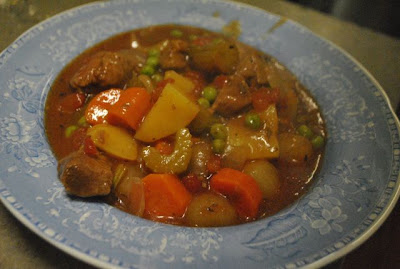 The stew full of great vegetables 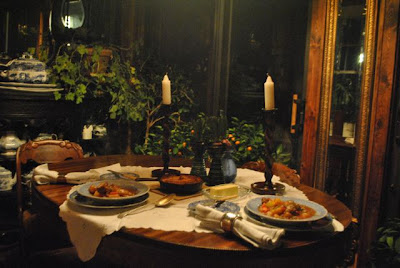 A Saturday night supper in the breakfast room
Big bowls of stew, a skillet of cornbread and a stick of butter for slathering 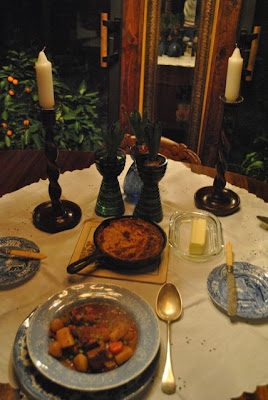 I used the German silver soup spoons
because they are so large and so perfect for stew! 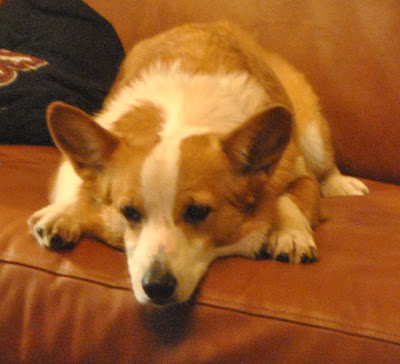 Dolly feels that a nap is in order after a stew and cornbread dinner!

The recipe as given to me:

Note this is a very forgiving stew.    I've used more meat and less vegetables; more vegetables and less meat.   I don't always use stew meat but will use a roast if it's cheaper and cut it into chunks myself.   If you don't like tomatoes, you can used canned onion soup and beef broth and omit the Rotel.    Just make sure that the liquid quantity.    Just make sure the amount of liquid is the same.    This time I added a bay leaf and some thyme.    And this time I added about 1 cup of frozen peas after the stew came out of the oven.    The heat of the stew cooked the peas.

We have stew about every other week not because it is the first and only dish The Great Dane makes. After nearly 40 years, he has come to the kitchen! I will print this off and leave it for him - perhaps he'll give it a try.

I have found a close second for cornbread....I have been using Texas sized silicone muffin pans. The cornbread it huge but it does not crumble so much. One is certainly enough for a meal...just a variation on the old way for a while.

Last Saturday was a good day for big pans of food...today is to be nice but I have a starter mix for pumpkin soup...believe I will try it. Have a nice weekend ahead, Martha.

What a delicious idea for this cold day!

Have a winter wonderland weekend!

Martha,
This is my kinda' cooking, indeed!!!
I looked for "stew meat" at the grocer last trip...none to be found! When I got home, I saw that "Mr. Ed" had purchased a roast at the Butcher last time around. Will make this over the weekend!!!
Fondly,
Pat

Tammy @ A Walk in the Countryside said...

Your stew looks delicious! It probably wasn't an hour ago that I mentioned that I've love a bowl of stew! What time shall I be there? LOL! Blessings, Tammy

Mmm, stew and cornbread. I got a new crock pot for Christmas and stew would simmer very nicely in it. Cornbread I make regularly as I like it in loaf or muffin form.
Judith

Oh my, what wonderul comfort food! It's all that I've been craving this winter. It looks so good, Martha.

My gosh that looks good.
I browsed back at your posts. You've been busy. I hope my little hyacinth bulbs does as well as yours. I started it later than 'normal.'
Have a good weekend.

My goodness ...you do eat well; like a queen. hee hee! I love your tables set for dinner. They are always so welcoming and the food always looks delicious. Glad Dolly got to sample the meal. Our Kane also eats our meals. He is healthier for it. Hugs, Deb