It May Have Been President's Day But To Me -- It's Still George Washington's Birthday!

Well, except Lincoln's now involved as well
and they've moved George's Birthday
From February 22
to the third Monday in February
And instead of George Washington's Birthday
It's called President's Day!!! 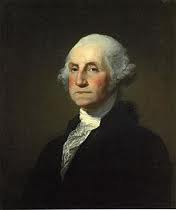 We have a daily reminder of him with our dollar bill
He's there everyday! 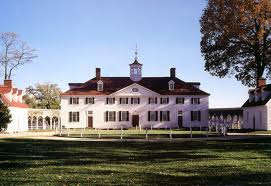 Mount Vernon his home has been preserved
(not by our government but rather by some strong minded ladies
who saved the estate from being torn down so something "better" could be erected ---
My hat's off to those daring women who understand the importance of preserving the property!)

When did George Washington's Birthday get moved from February 22 to the third Monday in February?     In 1968. Congress enacted the "Monday Holiday Law" -- changing many holidays to a Monday thereby insuring that Federal employees would get three day weekends for most holidays.

Interestingly, we lived in Kansas City and the first time that Washington's Birthday was changed from the true date to a Monday, we got the Monday off and then on the day itself, there was such a snowstorm that most of the city was closed.     I think George had "someone's" ear and wanted to insure that his real birthday was still a holiday!!!

We always celebrated Washington's Birthday when I was a child
No school, first
And second, a cherry dessert

Every year we always had


Cherry Cheese Pie
We had it so often on February 22, that we should have called it "Washington Pie"
For he chopped down the cherry tree as a boy
And cherries are forever after thought of when one thinks of Washington!

I've made my share of Cherry Cheese Pies.
It was tradition, after all!

But this year, I'm making this wonderful cake 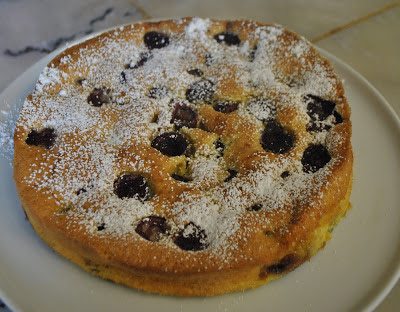 Warm from the oven, it's a great breakfast cake.

In a large bowl, beat the yolks with 1/2 the sugar, the vanilla and the lemon zest.   In another bowl, beat the whites with the salt to soft peaks, then beat in the remaining sugar a tablespoon at a time until thick and glossy.

Stir the almonds into the yolks, then the cherry brandy, then loosen the mixture by adding a spoonful of the whites to the mixture.    Fold in the remaining whites and pour into the prepared pan.      Scatter the cherries over the top and bake for 45 minutes or until a toothpick in the center comes out clean.

Let cool 10 minutes before removing sides of the pan.    Serve warm or at room temperature.

It's Friday and I'm sharing the cherry cake with Michael at Rattlebridge Farm for Foodie Friday.

Even Canadians know who George Washington is and that he chopped down a cherry tree. :-) The rest I was not aware of.
When the cherries come in, I just might try your cake Martha.
Judith

Hi Martha, I was thinking that "they" combined Lincoln's and Washington's birthdays as President's Day. How clever to make more 3 day wknds for government employees! I can't feel badly about it, for a I have a 7 day wknd every week! I am retired...
I've made that cherry dessert many times. Initially it was served at a 4-H club meeting I went to; I HAD to have the recipe after that. I know it's not a true cheesecake, but we always called it a cherry cheesecake. It is indeed a delicious dessert. Your cake looks good too, Martha. Have a great wknd and stay warm!
Hugs and blessings, Beth

Your cake looks wonderful. I hope you are doing okay with all of the snow your area is getting!

Martha,
I don't know about this one, dear friend!!!New York Style Cheescake has to be my ONE most favorite dessert EVER!!!
Guess I'll have to give your cake a try for comparison!!!
Thanks for sharing!!!
Fondly,
Pat

I agree 100% Martha. This is George's birthday! The cherry cake looks devine as usual. Thanks for sharing. xxoo Nancy

I grumble every year that we don't celebrate Washington's birthday! You have inspired me to commemorate the day by making your cherry cake today. I am going to the store and am certain there will be no fresh cherries, maybe a can will work? I like that it has no flour, I am gluten free and am always looking for something to make for a treat.

Hey, that's right! I'm embarrassed to say that I'd forgotten what day it is...

Of course our washer sprung a leak a few days ago, and the house is in turmoil, so perhaps I can be forgiven for forgetting this time. This time.

Hi Martha,
It's day 2 of not being able to get out of our street, but as I'm sitting here catching up on your always delightful posts, we just saw the snow plow one street over! =) Hope you are doing well, drinking lots of tea and enjoying all the snow! I'm making your coffee cake this weekend...thanks for always sharing your wonderful recipes. Enjoyed all the photos of your books. Your house is so pretty.
xo, Michelle