This February, instead of being on the prairie
while we got our "winter" 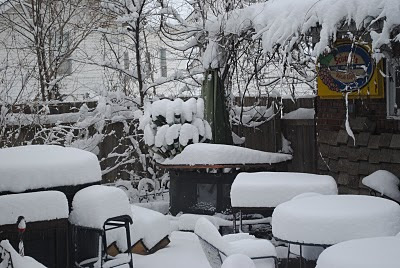 8 to 12 inches of snow fell at Linderhof

We were aboard the 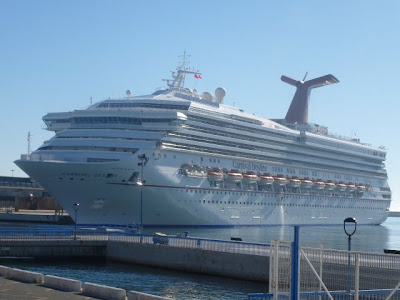 Carnival Destiny
as it sailed from Miami, Florida to Venice, Italy
(it's final cruise -- it's being "rehabbed" and will redebute as the Carnival Sunshine in mid April 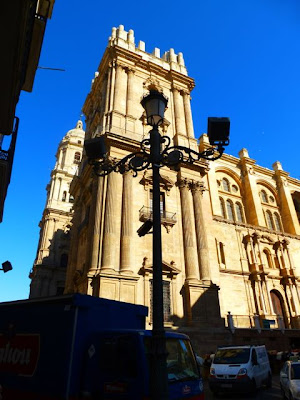 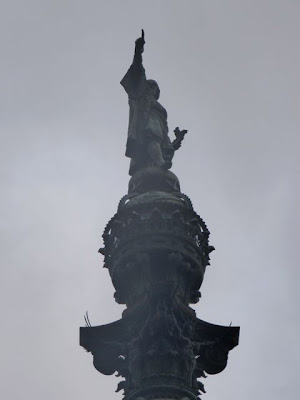 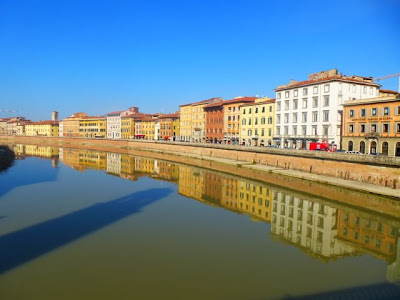 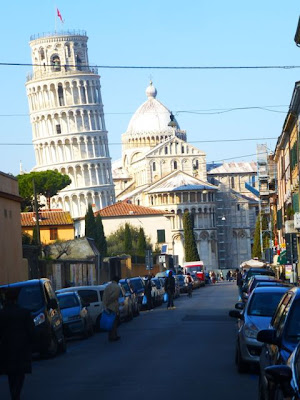 Where, walking down the street, we turned the corner, and . . . 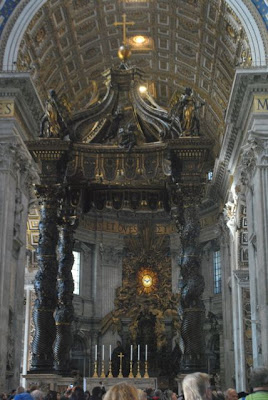 The Vatican
(And St. Peter's -- just days after the Pope's resignation) 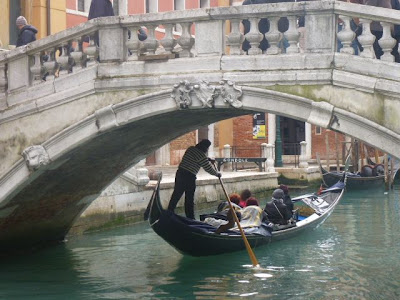 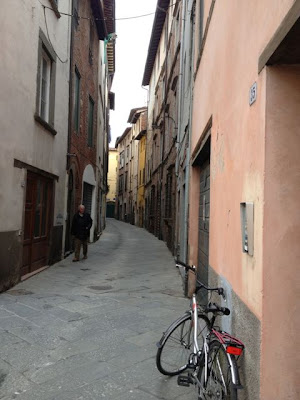 The hill towns of Tuscany
(Lucca was just one) 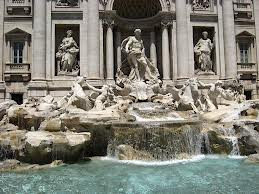 Ending in Rome
before we flew home.

With our glee at missing winter, we weren't completely out of the woods . . .
we cleared customs and changed planes in Chicago
During their 8 to 10 inch "snow event"

We landed (on the only open runway)
And even though our flight was cancelled, as many were,
we were able to get on one of the last planes.

We arrived in Kansas City about half past midnight and were glad
that we had a hotel room waiting for us. 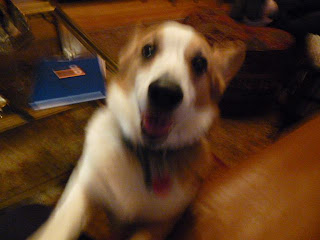 To a very eager Dolly
who was so happy to see us
that every picture is a bit blurry!

It was a glorious month
And as much as we enjoyed our trip
It is always good to get home.

I've missed you while I was gone for internet was non-existent on the ship (it's too expensive and so we  go without) and it was spotty at best in Italy.
If you've commented while we were gone and I have not commented back, I'll catch up this week
and I did appreciate your visit!

There will be more posts on Italy in the week to come.

I am joining Susan at A Southern Daydreamer for Outdoor Wednesday.
Posted by Martha at 8:03 PM

Nice pics and I bet was a wonderful trip ...lucky you!

Looking like Dancing Dolly is so pleased - welcome home!

Such a grand way to spend a Kansas blizzard! So glad that you made the plane connections on the return trip. Welcome home! Cherry Kay

Welcome home. Your trip sounds like a grand adventure. We spent two weeks just outside of Luca. What a charming spot! Thanks for sharing the photos. I look forward to more.

Welcome back Martha. I know what it's like to come back to the dog after a month away, so many kisses!
I look forward to seeing posts of your trip.
Judith

How wonderful for you, Martha. Glad you had such a nice trip!

Martha,
Welcome home,dear friend!!!
Luckily you've experienced history in the making!!!
No need to catch~up...just take up from today on!!!
That was ONE H A P P Y Dolly, indeed!!!
Fondly,
Pat

Don't feel bad about not using your computer. A good vacation is a total change of daily routine. I am sure you are well rested and ready to tackle the computer again!

Good to have you back!

Welcome home!!!! What an amazing trip I'm sure you had. Nice to be greeted by such a happy Dolly. She's so cute. Can't wait to see all your amazing photos. You did miss the big snow and all its mess. Did you sail across the Atlantic and then fly from Rome to Chicago or were you on the ship to return to the US too?

I bet your glad you missed all that snow. Dolly does look like a happy camper now that you are home. Isn't it great to be missed.

What a lovely trip! I enjoyed seeing the pictures, Martha. Dolly looks overjoyed! So glad you had this opportunity. We travelled on the Carnival Destiny a few years back.