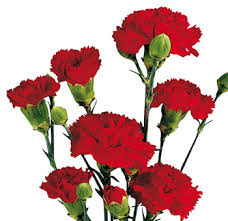 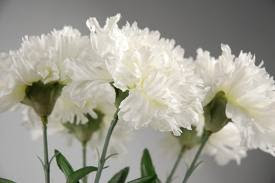 For as a child, Mother's Day
was a florist's holiday
Not only bouquets from Father to Mother
But buttoners and corsages
To wear in honor of your Mother
Either red ones or white ones
Alas, no pink or orange or gold
Just red or white

Everyone at church on Sunday
Children as well as adults
had either a buttoner or a corsage
in either red or white
And almost all were carnations.

Of course, in those days one dressed for church
Men (and even little boys) wore suits
While women and girls were dressed in dresses, hats and gloves.
A corsage or buttoner was appropriate!

The corsages and buttoners were a symbolic remembrance
of your mother

You wore red if your mother was living 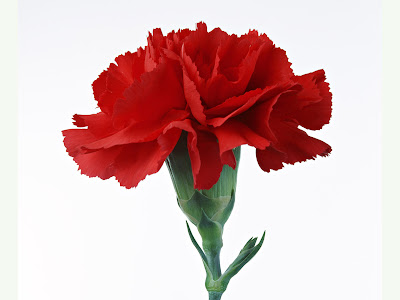 You wore white if your mother was not. 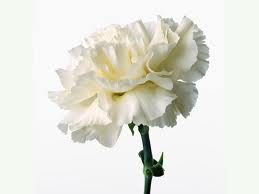 Mother, my younger brother and myself all wore red
While my father wore white
(having lost his mother the year after I was born)

The wearing of carnations was a nice Mother's Day tradition
And a great way to honor your mother.

And at a glance, you knew whose mother was living or not.

Alas, it's a tradition that's went out of favor

As a child it made you feel special
to have your own corsage . . . you felt so grown up!

If the tradition had continued,
tomorrow I would wear 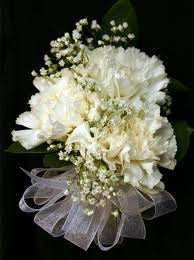 It would be a great way to honor my dear mother!

We are on the same wavelength. Have a happy Mother's Day.

What a sweet tradition. I've heard of it, but never experienced it.
Happy Mother's Day, Martha! Next year's Mother's Day will extra meaning!

Same wavelength here too Martha although we pinned on iris blooms from the lily pond outside the house-- purple for us kids and white for our Mother. She would send us down to pick them while she was getting dressed for church. I still sometimes wear a white flower for her.

Happy Mother's Day, Martha! We had corsages at church too, but only the mothers wore them...
Michelle

I was just thinking about red and white flowers this morning. My mother and I always wore them on Mother's Day to church...what a great post!

Thank you for a lovely lesson in Mother's Day and thoughtfulness. I don't think I ever knew about the red or white carnation and meanings. It is a lovely tradition and I wish that it was still followed!