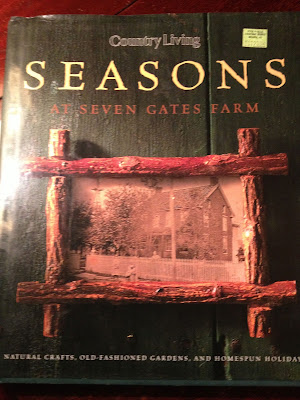 I've had this one since 1996 or 1997
And it's always been a favorite
The authors: Dean Johnson and James Cramer 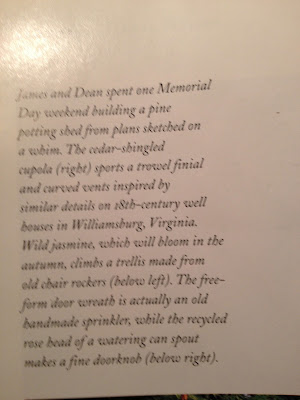 And it was the potting shed I fell in love with 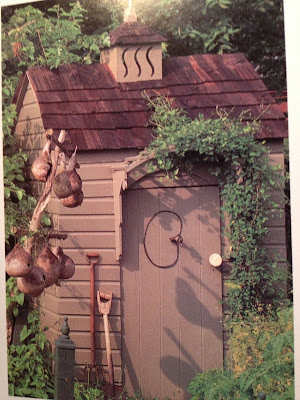 A small building but loaded with clever touches

And in 2008, I made a potting shed in the garden at Linderhof a reality. 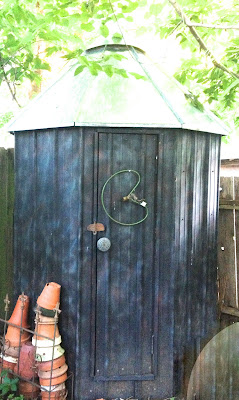 Not the same --
Mine is smaller and eight sided
But I did use a rose head from a watering can for a handle
And just last week, I found an old sprinkler for a wreath! 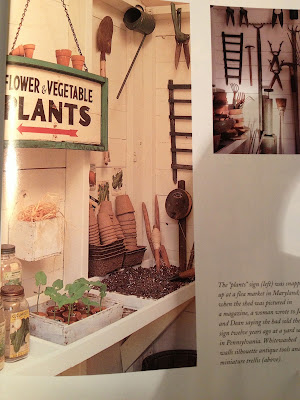 The inside of the Seven Gates Farm Potting Shed 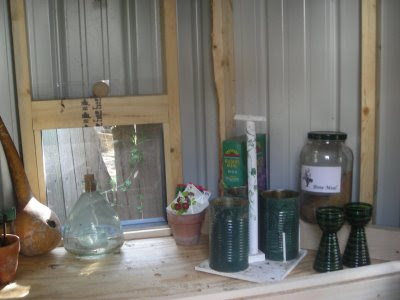 And the potting shed in the garden at Linderhof 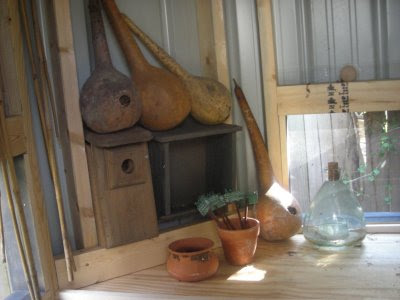 It has windows
because it was built as a deer blind!

But the eight sided shape is really perfect in that corner of Linderhof's garden.

I'm shameless because for the past few years I've been searching
for a garden sprinkler to use as a wreath on the potting shed.

And last week I found one I could afford to Etsy.

It came to Linderhof last week
And Sunday, it took it's place on the potting shed door!

It's Tuesday and I'm joining Marty at A Stroll Thru Life for Inspire Me Tuesday.

I enjoy reading a post that will make people think. Also, thanks for allowing me to comment! Fort Worth Landscaping

Your shed is simply lovely interpretation of the other. Well done.

Hi Martha, Love your potting shed! You are a good stylist, Martha, both inside the house and out. Hope you are enjoying your summer.
Hugs, Beth

A garden sprinkler? how clever! My potting "shed" is a corner of the garage and I get yelled at all the time even though I clean up when Im finished. Wish I had a place to put a shed. Yours looks adorable and so practical!

That is great. Love it.