Dolly Would . . . Or the Misadventures of Dolly Llama

Note:    This is a recreation of events that transpired last Saturday while we were driving back from Minneapolis and welcoming our first grandchild into the world.

Hi, my name is Dolly
I'm a corgi (to be totally correct, a Pembroke Welsh Corgi -- the one without a tail!) 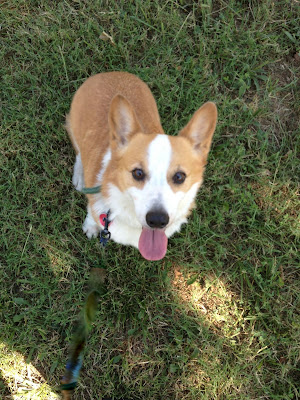 I got left behind when they went to Minnesota
Not left at home alone (or rather with Doogie)
but with a friend who has other dogs who are fun to play with. 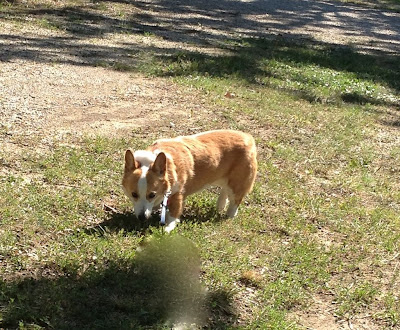 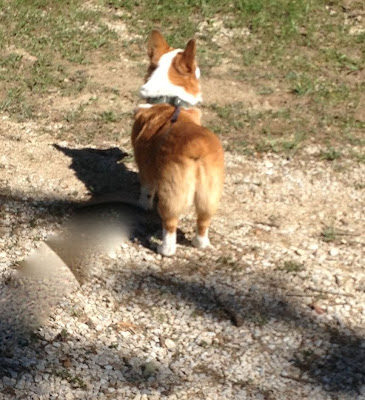 But which way do I go?
I'm never outside in the front without a leash!
I can go whichever way I want to go! 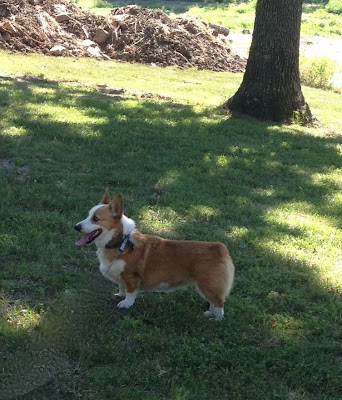 It is so exciting
To have an adventure
And smell new smells!

But I missed them! 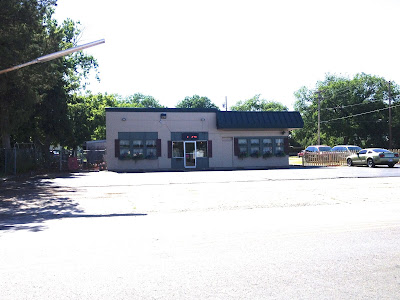 I landed up at this very busy intersection.
There were cars going fast this way and that 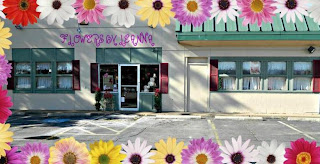 And the lady who works here at
(Flowers by Leanna)
called to me
And I came
She had a friendly voice and a smile.

I so wanted a friendly voice and a smile.
I was lonely.
And thirsty!

She put me in the garden part of the store to keep me safe and gave me a bowl of water.

To keep me safe, she took me home with her


And I, ungratefully, growled at her puppy
I was scared
I really shouldn't have done that.

So I ended up at 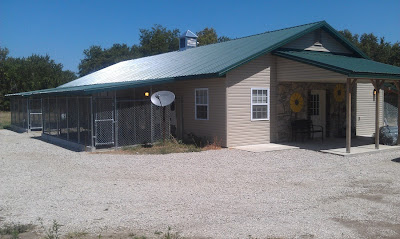 Lee's Paws and Claws
The private shelter
It's sort of like a doggy hotel
for I had a run and could go outside.
I wasn't confined to a cage.

But I was so glad when they came for me on Sunday morning.
I was so scared that I didn't wiggle my enthusiasm enough but I really was glad to see them! 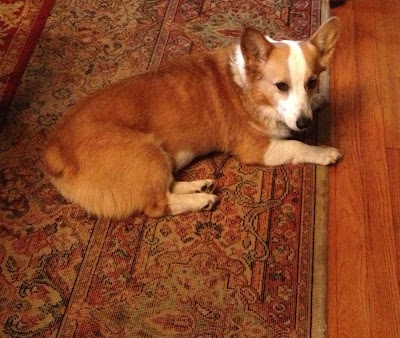 It was good to be home again.
To even see Doogie again.
I really thought that I would never see my family again.

I won't promise never to run away again
For I'm really just a dog
Let me off the leash and watch me go!

But all the furor about the little one up north
got put on the back burner as they searched and searched for me Saturday night and Sunday morning.

I was once again top dog!!!

As told to me by Dolly herself after we had picked her up and got her settled.

Dear Dolly: How did your family find you at the doggie hotel?

So glad dear little Dolly is home safe and sound. Such an adventure. xoxox

So glad she was ok, Martha.

My name is Zoe and I live in California with my family who adore me but sometimes I can be naughty just like you Dolly. My family is very busy building a deck and somehow I got away from that scene (there even was a dog who belonged to a worker there) and went walk a bout scaring my family half to death. Everyone had to stop work on the deck and jump in cars to look for me, but, really, how was I suppose to know that my not being there would cause such a ruckus. I eventually turned around and came home. Mostly they were very happy to see me but some of them had the nerve to yell at me. I'm glad we are both home, Dolly!