A BIG Change in the Living Room!

Not paint
Not uphostery
Nor a new rug or curtains
And really, not even new furniture . . . 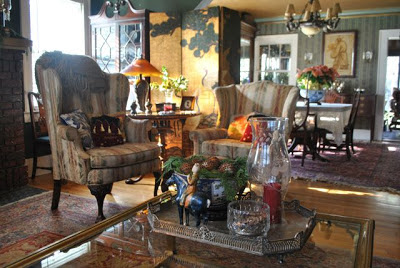 The secretary in this corner of the living room 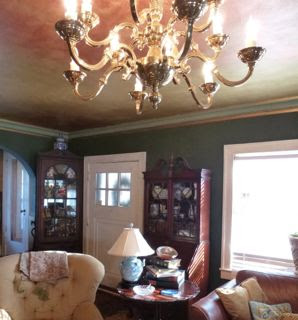 Was moved here -- by the front door
It had originally been there
And several years ago I moved it closer to the window so that when I wrote letters
or paid bills I could view the garden.

But then I moved it back
But really, it seemed a bit "crowded" in that area by the door.
Table and desktop
Too close together

So I traded again --
but not back to where it was 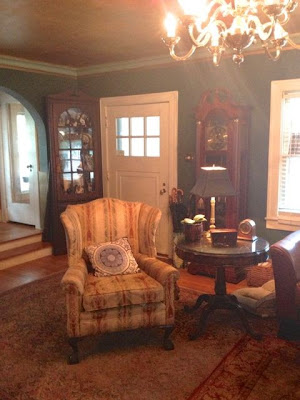 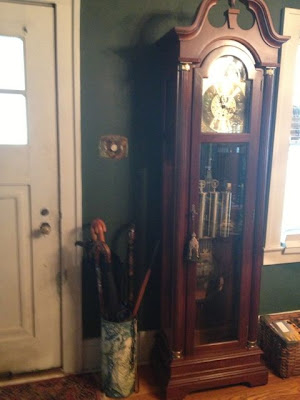 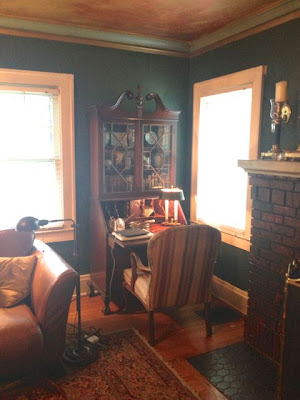 Has it's own corner -- to the right of the sofa
And in case of lots of company
The chair can be swung around and used for extra seating.

Once again, I can gaze out at the garden as I pay bills,
write thank yous
or address birthday cards. 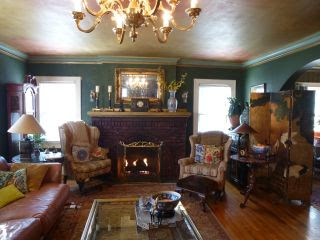 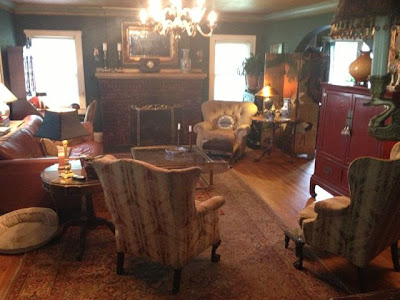 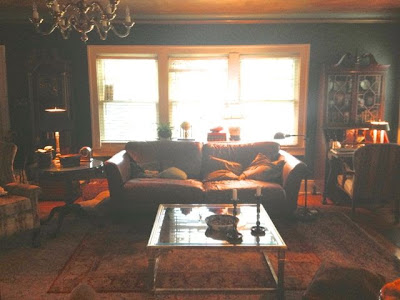 And the view from the dining room


But moving the wing chairs
created a need 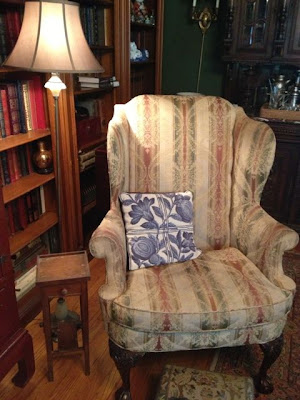 And it's an interesting piece as well 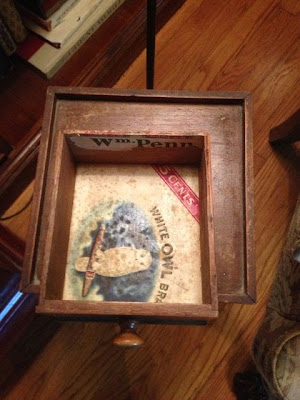 For the little drawer is made from a cigar box
An old cigar box! 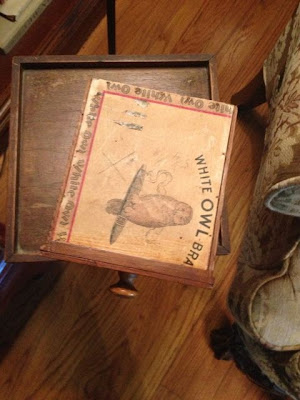 The bottom of the drawer still has the White Owl label.

Or is it more recent
And they found grandpa's old cigar box to use as a drawer?

It knows but it will never tell!

And I adore that the drawer was made from a cigar box
And that the paper on the box is still intact!

And the reason for the purchase? 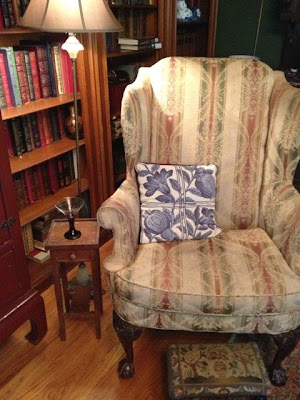 To hold that drinks glass
And as you can see it works very very well.

It is Monday and my living room transformation is my "Met Monday" so I'm joining Susan at Between Naps On the Porch for Met Monday.
Posted by Martha at 6:58 PM

Well done! Your living room looks so very 'liveable'. I think it must be a good place for conversation over a drink or a cup of tea.

Ah, Pondy. I need to invite some friends for tea in the "parlor" this week, me thinks!

That little table is a treasurer! Love pieces with a unique feature.

I agree with Pondie. It looks very cosy and inviting. Good job! :) xoxox

Martha,
Love the transformation!
Not only does the room appear lighter and brighter, but a sense of balance with the clock and secretary in their new positions!
My MoMa seemed to buy numerous tiny tables and cast~off chairs. . .I find myself doing the same.
With our water problems under control, I've been toying with the idea of a re~arrange on the lower level!!!
Thank you for the inspiration. . .perfect timing!!!
Fondly,
Pat

LOVE, LOVE, LOVE the changes in the living room and the little table, PERFECT!!!!!

I adore tiny tables! You can put them in so many places and also small plant stands too!