I've long been an admirer of the dish called
tarte tatin
Alas, I've never tasted it
But it's story fascinated me
And so years and years ago I bought a copper
tarte tatin pan.
A girl needs to be prepared
And it sat in the cupboard
Oh, I got it out a couple of times and made potatoes Anna in it
But never a tarte tatin
for which the pan was named!

But it involves the sisters Tatin,
Stephanie and Caroline
who owned a hotel south of Paris
Stephanie was the cook and one day
as she was preparing an apple tart
she left the apples, butter and sugar on the stove
And they caramelized, for she left them on far too long
Realizing that she did not have a bottom crust on her tart
She threw one on top,
put the whole in the oven and baked it!
When pulled from the oven she turned it upside down
And viola!
The tarte tat in was born!

Of course, the hotel guests immediately fell in love
with this new dish
And clamored for more!

And the hotel became famous for this,
their signature dish,
And people came from near and far
to order a slice!

But I did buy a pan 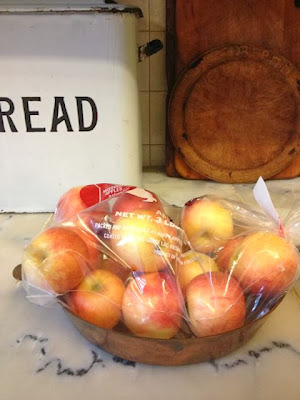 And so at Linderhof,
I carefully put the pan on the stove,
the butter and sugar and apples in the pan
And it bubbled merrily away
for 20 minutes
Until the apples were nicely caramelized. 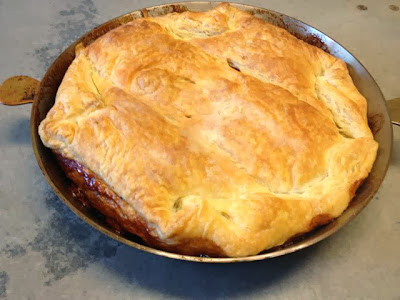 It came out nice and brown and puffy! 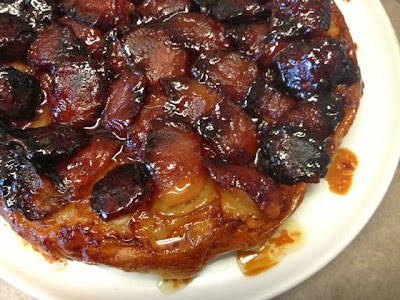 A slice for lunch . . .
(for I had company -- they, like the guests at the Hotel Tatin,
pronounced the dish "wonderful")

And because it was only four for lunch . . . 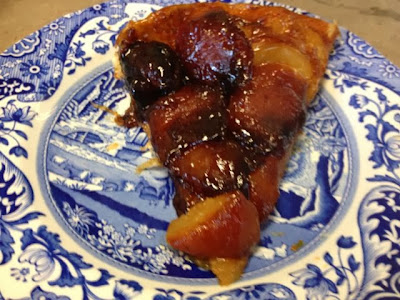 A slice later for tea!

I'm mad at myself that I've not made it before
It's really simple, it's really good
And we have such nice Missouri apples
here on my part of the prairie.
Posted by Martha at 9:38 AM

Something Julia Child was also known for - wonderful!

Wow, the caramelized apples make the dessert look so yummy!

You and me! I also had not made one until this year. Try it with peaches next time for a Summer Tarte Tatin...just as good!

My heavens that looks amazing!