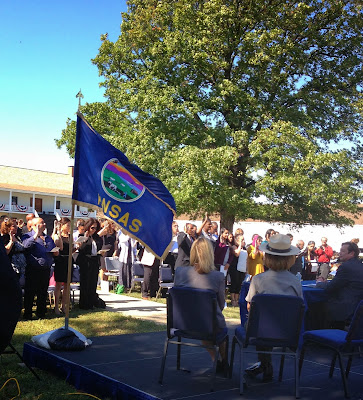 Last Friday, September 27,
90 individuals from 32 countries
said the that Oath of Allegiance
At our Fort Scott National Historic Site 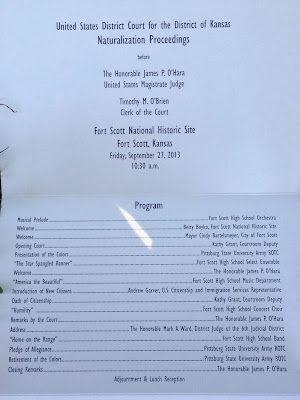 They "moved" the court from Wyandotte County, Kansas
to
Fort Scott, Kansas

The Fort Scott High School Music Department
sang The Star Spangled Banner, America the Beautiful and Humility
as well as our State Song
Home on the Range 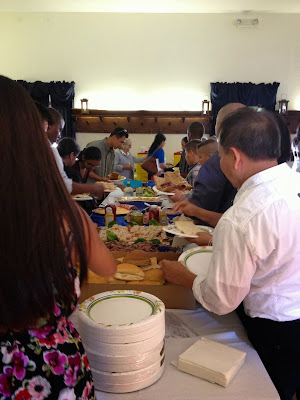 The new citizens and their families enjoyed a sandwich buffet
The excitement on their faces told volumes.

For they earned their citizenship
while ours was a given.

I am always happy to participate in this ceremony because 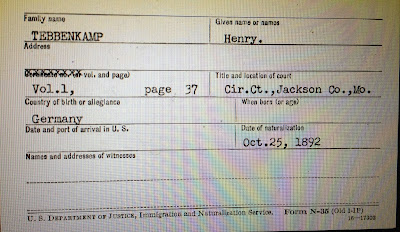 My German great grandfather did the same thing
way back in 1892.

He was proud to live in America.
So much so that he volunteered and fought for the Union
in the Civil War.
And in 1892 he became a citizen.
It was an important day for him!

I helped with the luncheon
My contribution the pasta salad
Made as a side dish for the sandwiches
or as a vegetarian entree. 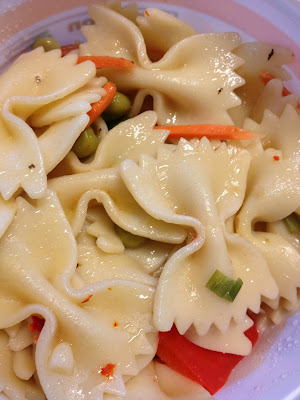 And although I made it for 100,
it was an easy salad.
When I do pasta salads, I like macaroni, rotinni or bowtie pasta --
a "forkable" pasta!

Add vegetables to cooked pasta, pour half of the dressing over.   Just before serving, add the remaining dressing, toss and serve.

It's Wednesday and I'm joining Susan at A Southern Daydreamer for Outdoor Wednesday
Posted by Martha at 6:50 PM

What an inspiring occasion! Congratulations to our new citizens!

I enjoyed reading about this special event. We have 2 nieces, who have married into the family and have become US citizens. It's a very moving ceremony. Thanks for sharing!

wow, what a nice celebration, I love occasions that mark something special within a community!