Well, not our first
but grand girl Lucy's first!!! 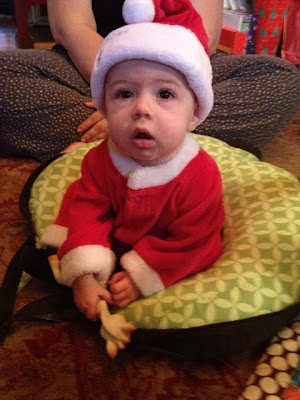 And Christmas morning we opened presents
as we munched on Kringle, Stollen
and had mugs of freshly brewed coffee 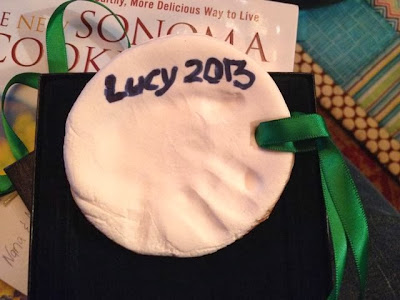 Exchanged Christmas ornaments
Hers to me . . . 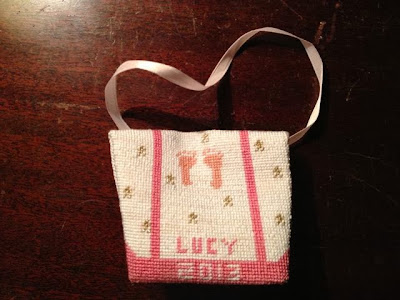 And mine to her! 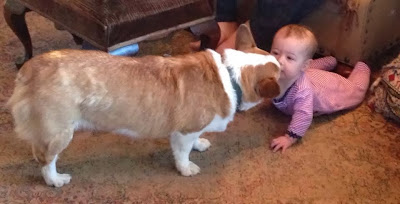 Dolly's maternal instinct game forward
And felt that Lucy was deserving of a corgi kiss!

While Doogie thought she was a nuisance and spent most of Christmas
under the afghan on the sofa! 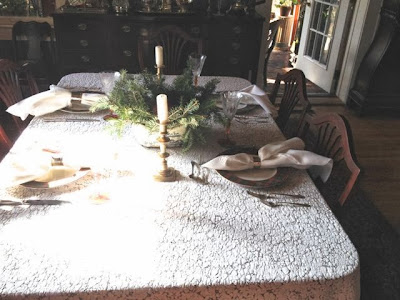 The last appearance of the Christmas China
On Christmas Day

We've "toyed" with different menus  . . .
And this was the second year we had 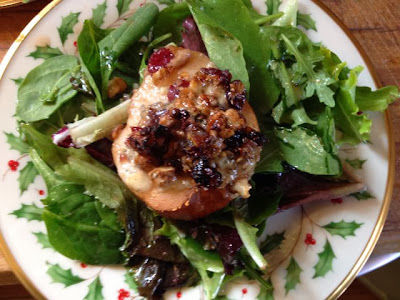 The roasted pear salad -- the center stuffed with bleu cheese, cranberries and nuts
Daughter Sarah and I agreed that two years makes a tradition
and so this is our Christmas Dinner salad!
from now on out!!!

And a long time ago, we came upon this recipe
And we've fixed it many past Christmases 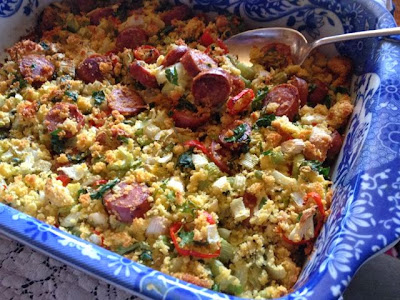 It's a cornbread and Andouille sausage dressing
Which everyone just adores 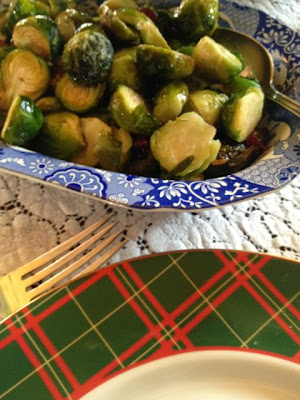 And the star of the show is neither a turkey or a goose,
but rather 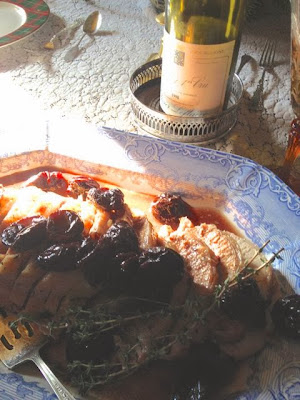 A roasted pork loin with a wine plum sauce

And, of course, Husband Jim brought up a good bottle from the cellar 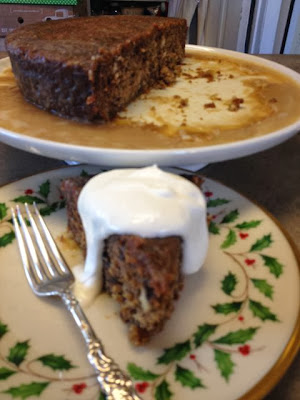 In fact, we all agreed that this will be our traditional Christmas dinner from now on --
It was that good!!!

Table cleared and dishes done, we prepared for the
"Sip and See"
that evening from 5 to 7
So friends of ours could see grand girl Lucy
For she's not been here before she was born 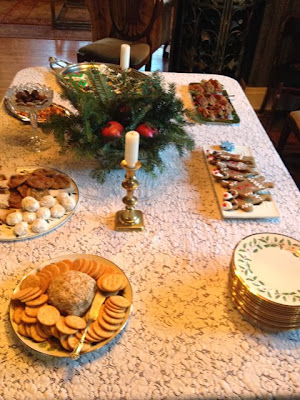 You must be fed!
Cookies and candies from the tins in the parlor
And a cheeseball (Ann's cheese ball -- the recipe I've had far longer than I've had Daughter Sarah!)
made especially for the party 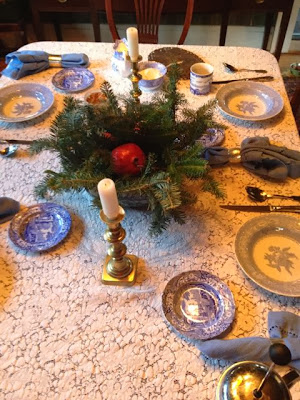 Breakfast in the dining room 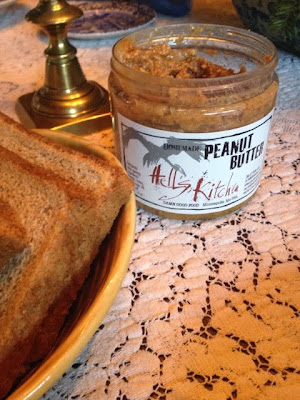 Toast and peanut butter
(The peanut butter, they brought --
The toast, I made)
The very best peanut butter
(but who wouldn't with brown sugar and honey and butter added to the peanuts!)
(We politely didn't clean the jar -- so that they could take some home!
I informed Daughter Sarah that perhaps a jar of that peanut butter should
be a traditional present for dear parents who didn't live near Minneapolis and Hell's Kitchen!)

And, also for Daughter Sarah 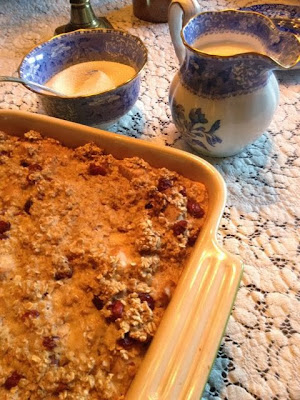 We lingered, we talked, we had just one more cup of coffee.
For we knew after breakfast that it would be time 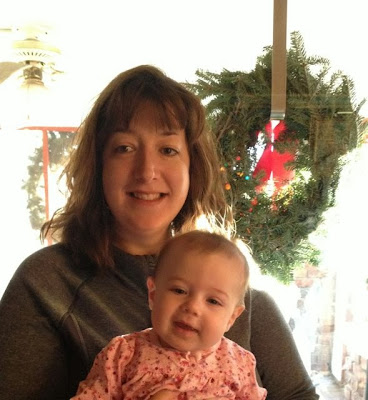 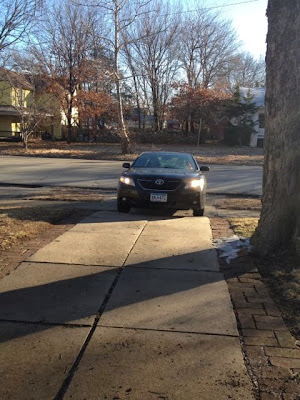 And into the car they piled one and all
And with a wave as they drove out of sight,
"Merry Christmas to All, and to All a Good night"

Your gbaby is adorable all dressed up like St. Nick!

Your menu - wow. So glad you had a wonderful Christmas. Have a happy new year, too.

Love the 'sip and see' idea.
Looks like a great first Christmas for Lucy. Yummy treats for sure. Have a happy new year!

Loved the picture of Sarah and Lucy, Martha! So sweet. :)

Martha,
I adore the "Traditions" of your Christmas from Lucy's outfit, to ornamanet exchange, menus and visitors!!! Sounds like a perfect Christmas @ Linderhof!
Looking forward to a Happy New Year and your posts in 2014!
Fondly,
Pat

Absolutely CHARMING ~ both dear Lucy and your accompanying notes.

The christmas ornament you gave Lucy is just precious! And Dolly was so cute...funny how girl dogs are so maternal. Our Westie is the same way around my grandchildren.

It's great meeting your gbaby Lucy, she's adorable. Your Sarah looks like her dad :-) . Have a happy, healthy New Year.

Oh what a cutie pie! How wonderful to have little ones in the house at Christmas!! Your dinner looks wonderful... oh my that roast pear salad looks delish!

Your little grandbaby Lucy is precious! How fun to have little one to spoil at Christmas!