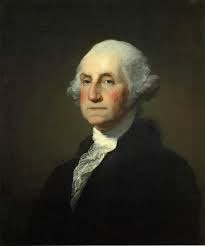 The Father of Our Country,
George Washington

We always had lessons about President Washington in grade school
(as well as having the day off -- the real day, not a made up day) 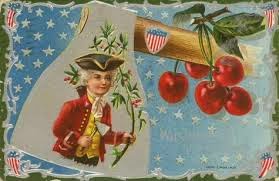 And of course, every year we learned about George and the cherry tree
The lesson being that it isn't good to lie! 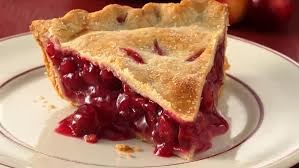 We always had a cherry pie for dessert
(and growing up, real desserts were for Sundays
weekdays were fruit, pudding or jello)

By making a
Washington's Pie
for tea 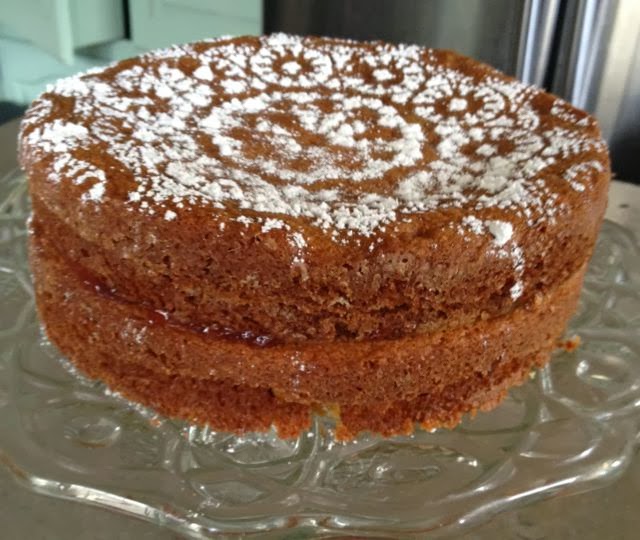 Of course, it's a pie that's really a cake
(like in Boston Cream Pie)
and it is a cousin to England's Victoria Sponge
(but George came first
but then the Brits wouldn't name a cake after Washington!)

Two little girls and their mother
will be invited for tea 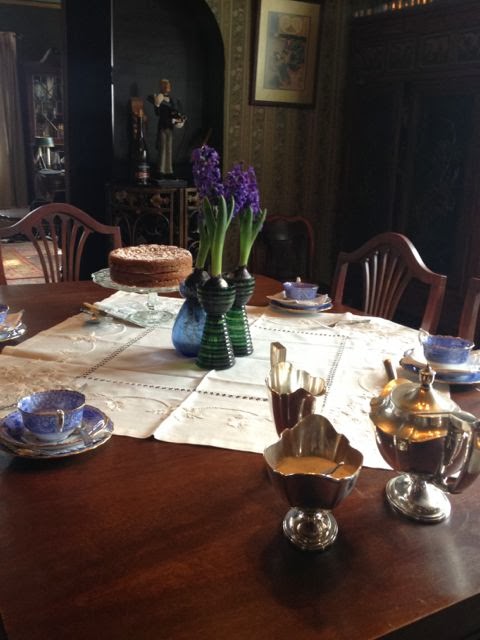 The table's all set
The silver is shining
And blooming hyacinths make a pretty and fragrant centerpiece. 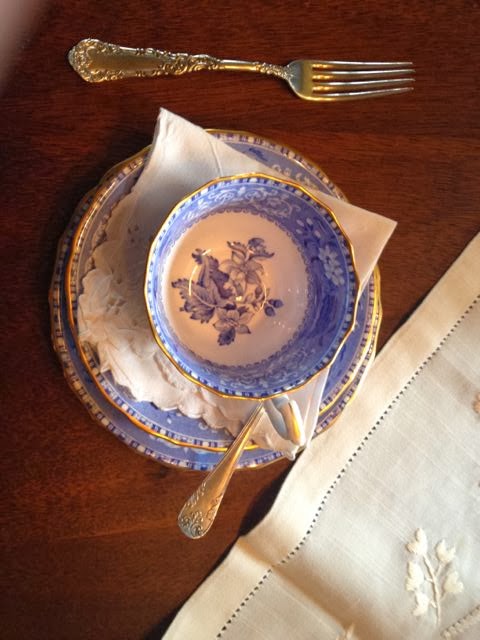 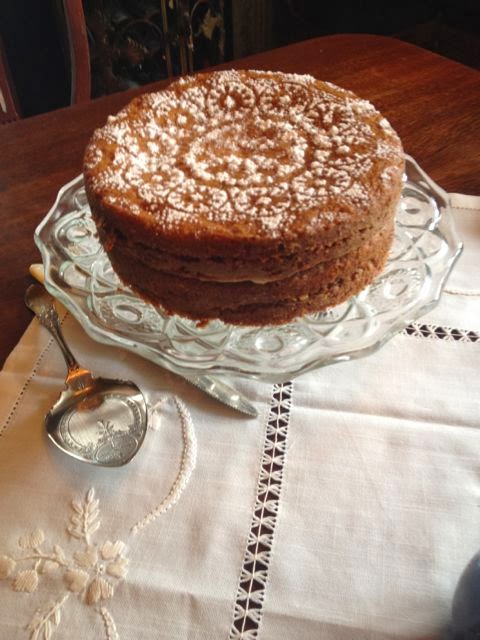 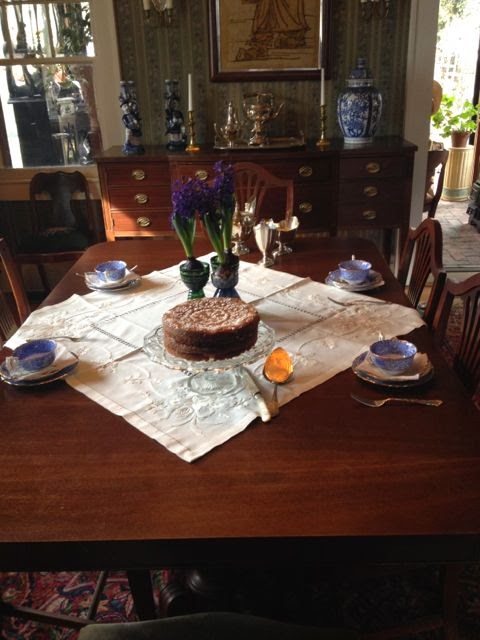 The table's all ready
for company
where we'll have a birthday celebration
for George Washington!

I've never liked it when they moved Washington's Birthday to a Monday
and then changed it's name!

And I refused to celebrate
"the third Monday of February"
as President's Day!

It's February 22
And it's Washington's Birthday!

How lovely with everything in its appointed place. I'm sure it smelled lovely and such a delicious historic cake!

I say this all the time……..your tea time treats are the best. ;-)
Happy Birthday, George!

Hi Martha,
Thanks so much for your recent visit to my dollhouse post. Love this post of yours, how pretty is your table. Beautiful table linen piece. I like the George photo and that postcard. Last year I made a cherry pie for GW's birthday but didn't do it this year.
Thanks for showing us your lovely tea, lucky guests!
Gina

This is a wonderful way to celebrate George Washington. I remember having the day off when young and in school.
My birthday is the day after George's so I felt happy that he and I celebrated our special day a day apart.