I became enamored with this dish 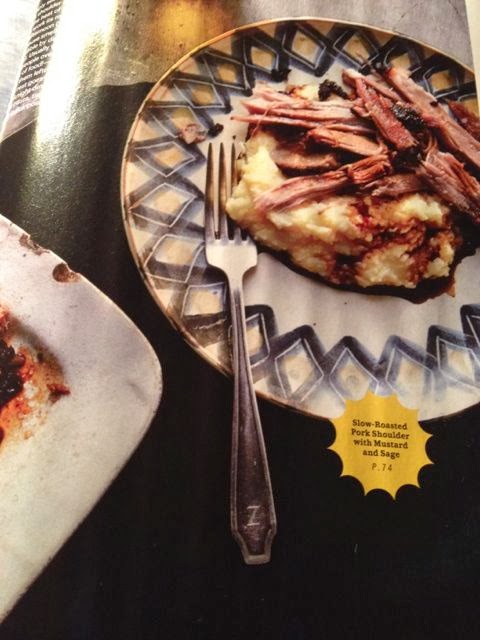 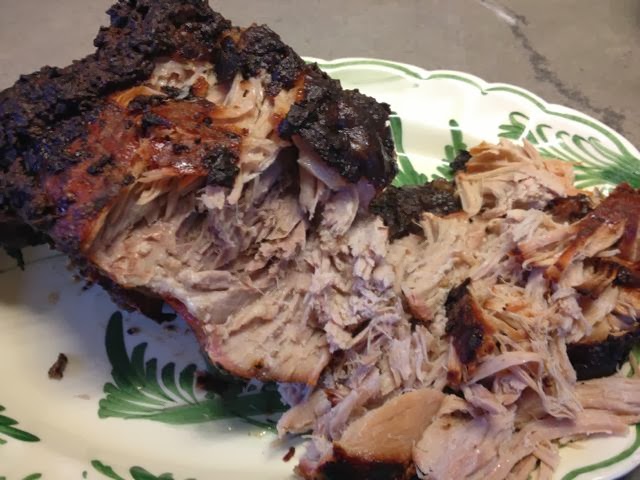 And roasted it Saturday per the recipe
in
Bon Appetit

On Saturday we had 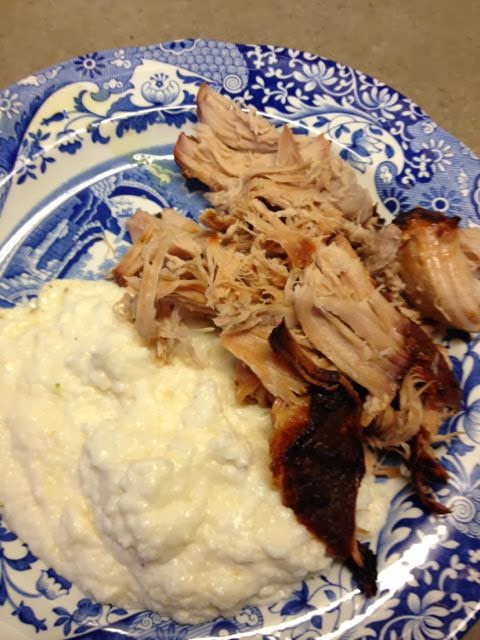 Sunday
We often have a more casual meal 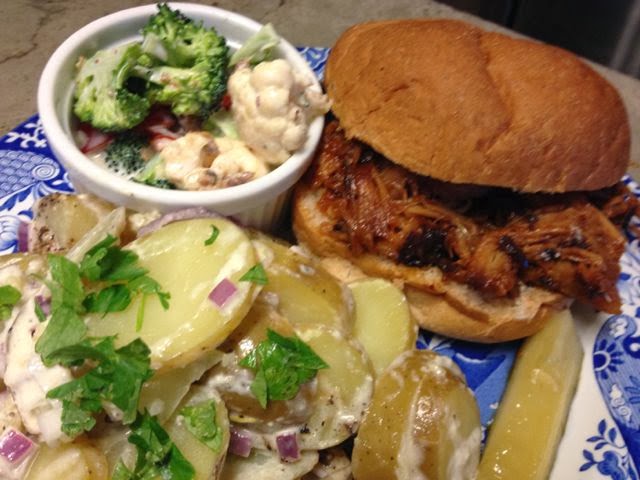 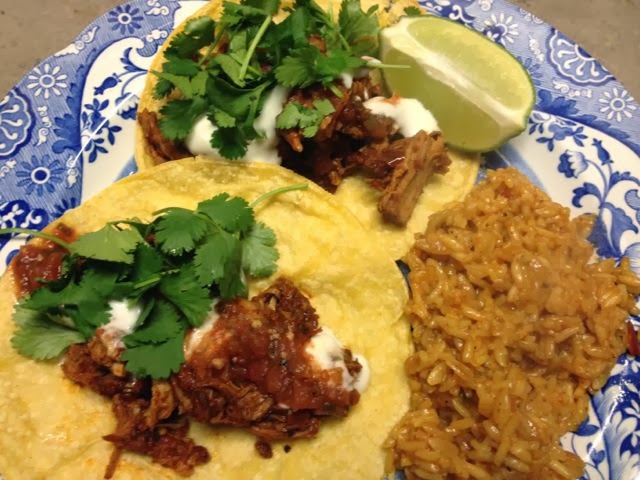 I put the last of the pork in a Dutch oven
Added some salsa, some chili powder and some oregano
And simmered it for a good hour

Served it in corn tortilla shells
with more salsa, sour cream, cilantro and a squeeze of lime

A roast (whether pork, beef or lamb)
is an economical cut of meat
For less than $7 (for the meat)
I got six meals
(three meals for the two of us)

And they were three different entrees.

I'm not big on leftovers

But these really aren't leftovers
They're just a different way to eat the roast.

I often buy a roast and cook it on Saturday
And it feeds us at least two other times.

In fact, some of our favorite meals
Are the ones made out of the "leftover" roast!

Martha,
After seeing your post on FB. . .I remembered I had some roast in the freezer. Also, frozen gravy! Dinner was delicious and easy to prepare after a long day of working for our Spring Booth!!!
Thanks for sharing these delicious meal extenders, dear friend!!!
Fondly,
Pat

It all sounds delicious and I love leftovers. I need to try a pork roast. (I make beef all the time)