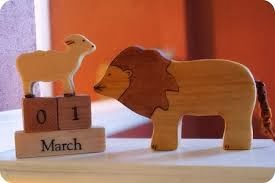 I'm a fan of weather lore

And for the month of March

An English proverb describes typical March weather:
March comes in like a lion and goes out like a lamb

And in 19th Century America, it was used as a prediction contingent on a year's early March weather
If March comes in like a lion, it will go out like a lamb
(but it doesn't work very well!)

However, the reverse is true . . .
if the weather is nice early
(lamb like)
it won't be at the end
(lion like)

Today, on the prairie 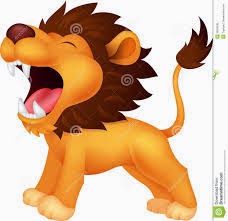 It will be lionlike 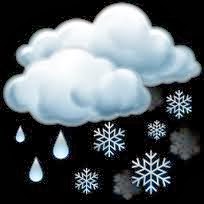 That's pretty lionlike to me!!!!

Sometimes on March 1
it may not be lamblike outside 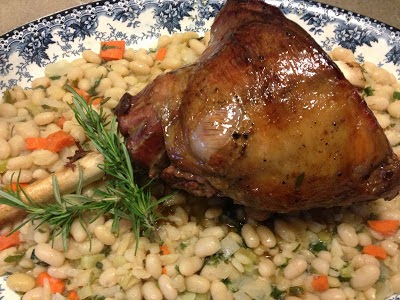 But it is inside
When we have lamb for dinner!

(And we don't follow that at the end of March with a dinner of lion --
we've never eaten lion, although we have eaten wild boar!)

we love lamb too:)

I hope we can get the Lion stuff over with and move smoothly into the lamb season.. I am so ready to plant some flowers..

We eat lots of lamb here, but never had lion. '-)
It's heavy fog and mist here on March 1st. Not exactly lamb-like either.
Here's to spring!

Martha,
Lamb & beans!!!
YuMMy!!!
Hearty meal for this horrid weather!!!
19 degrees and sleeting here on my side of the Prairie!
Stay warm, stay safe. . .and dream a little dream of Spring!
Fondly,
Pat

You gave me a good giggle with this one. We're looking at our record low temperature for this day. To think that a week ago we were dining al fresco. Good to have some moments to visit my favorite blogs, post Sweet Mister's knee replacement surgery. Thanks for the smile. Cherry Kay