I have always adored and admired topiaries
ever since I saw my first one in the pages of a book.
They're often shown on tabletops in magazines and in blogs

In 2000, when I hosted my first Valentine's Luncheon for my friends
there were topiaries at the market
The heart shaped ones out numbered the ball ones
And I debated long and hard about which to buy
because I thought a topiary would make a smashing centerpiece
for that Valentine luncheon. 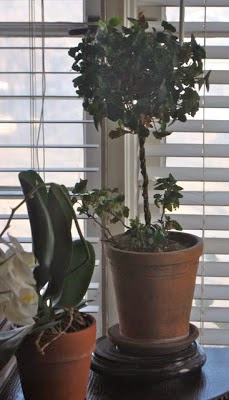 And I was right.

But the topiary that I long admired was the myrtle ones
A book, Season At Seven Gats Farm,  by James Kramer and Dean Johnson
had a whole greenhouse full of topiaries.
I drooled! 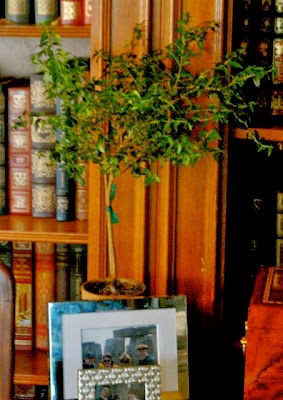 I brought this little guy home.
He lasted a year and a half
But, finally, he too succumbed.

Oh, to have the topiary green thumb of Kramer and Johnson!

And I must admit that I prefer natural things at Linderhof
But what does a person who has the kiss of death for a topiary do?

Why make her own! 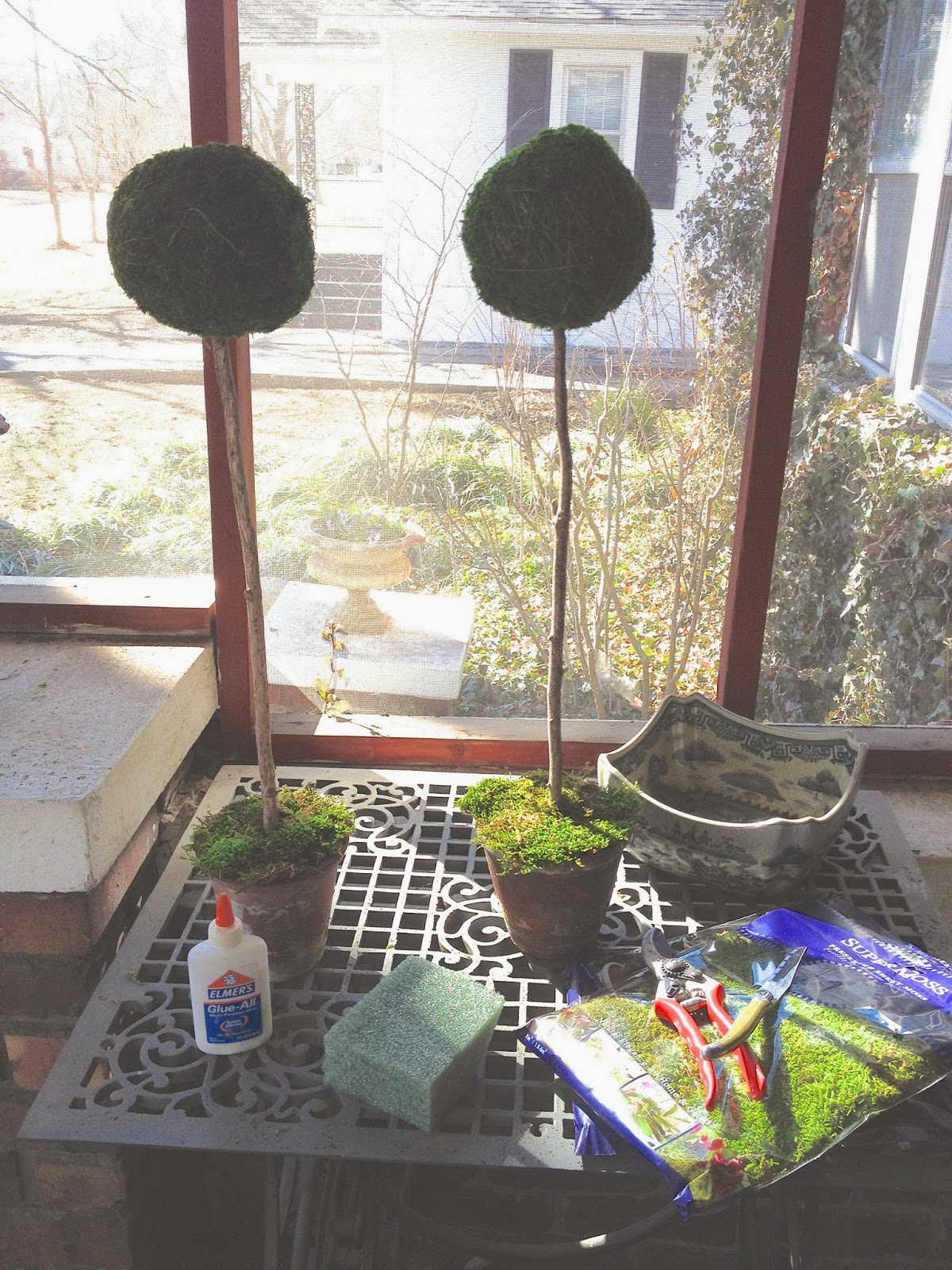 With balls of moss, packages of sheet moss, some styrofoam, two branches from the garden and glue
Oh, and a couple of old antique greenhouse pots from England
The perfect conner for the topiaries. 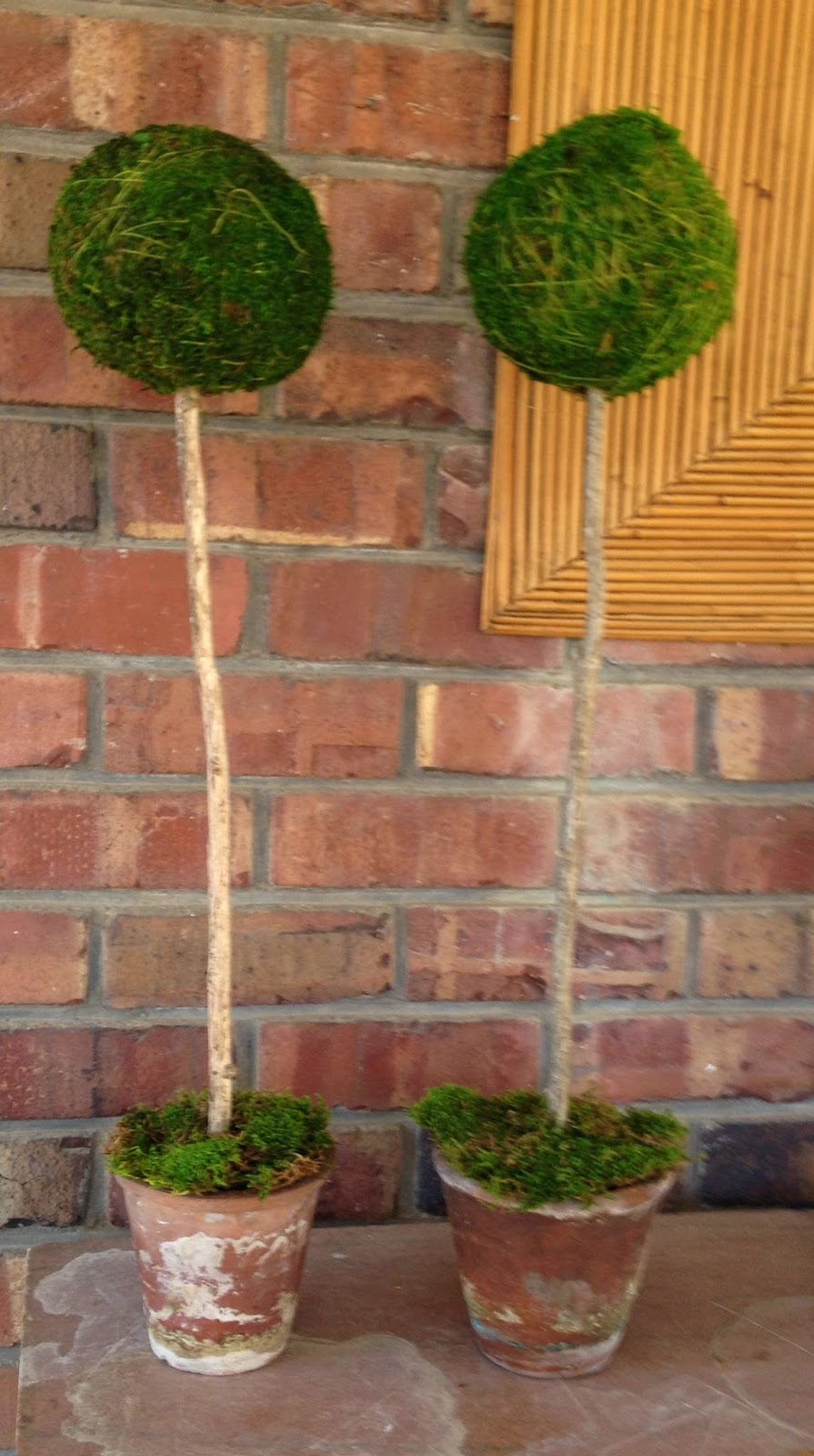 I think they look smashing!
And they cost way less than the ones offered by Pottery Barn or Restoration Hardware.

I still yearn for a real myrtle topiary
But I think these faux topiaries will do for now.

Oh, and I still have that ball topiary I bought years and years ago.
But mostly it stays outside in the summer
And in the breakfast room in the winter.
It likes those habitats.

Martha,
Your handmade toparies are charming, dear friend!!!
I love that you made these for Linderhof!
The jury is still out on handmade ones for my side of the Prairie. . .
I am, however, "on the hunt" for something to put into my empty pots on the front porch!
Thanks for sharing. . .I am considering!
Fondly,
Pat

I have never tried to grow one, but it's hard enough for me to overwinter a few herbs. I do much better with growing things outside.

Oh I like the topiary's you made. I do admire them, but have never tried my hand at them.