A Rite of Spring -- Wilted Lettuce

One of my spring favorites was the wilted lettuce.
Mom was not a big gardener,
keeping a small garden mostly of tomatoes
But she did plant spring things --
radishes, lettuce and green onions

And until they were all gone
(i.e. the lettuce "bolted")
we had wilted lettuce salads for dinner
as often as we could.

I don't vegetable garden
preferring instead to buy my produce at the Farmers Market.
But I do sow lettuce in my flower pots in February
That way my March and April garden doesn't have empty pots.

And like my mother, I mostly sow black seeded simpson.

Alas, there are no radishes or onions in the garden
But they are readily available at the Farmers Market 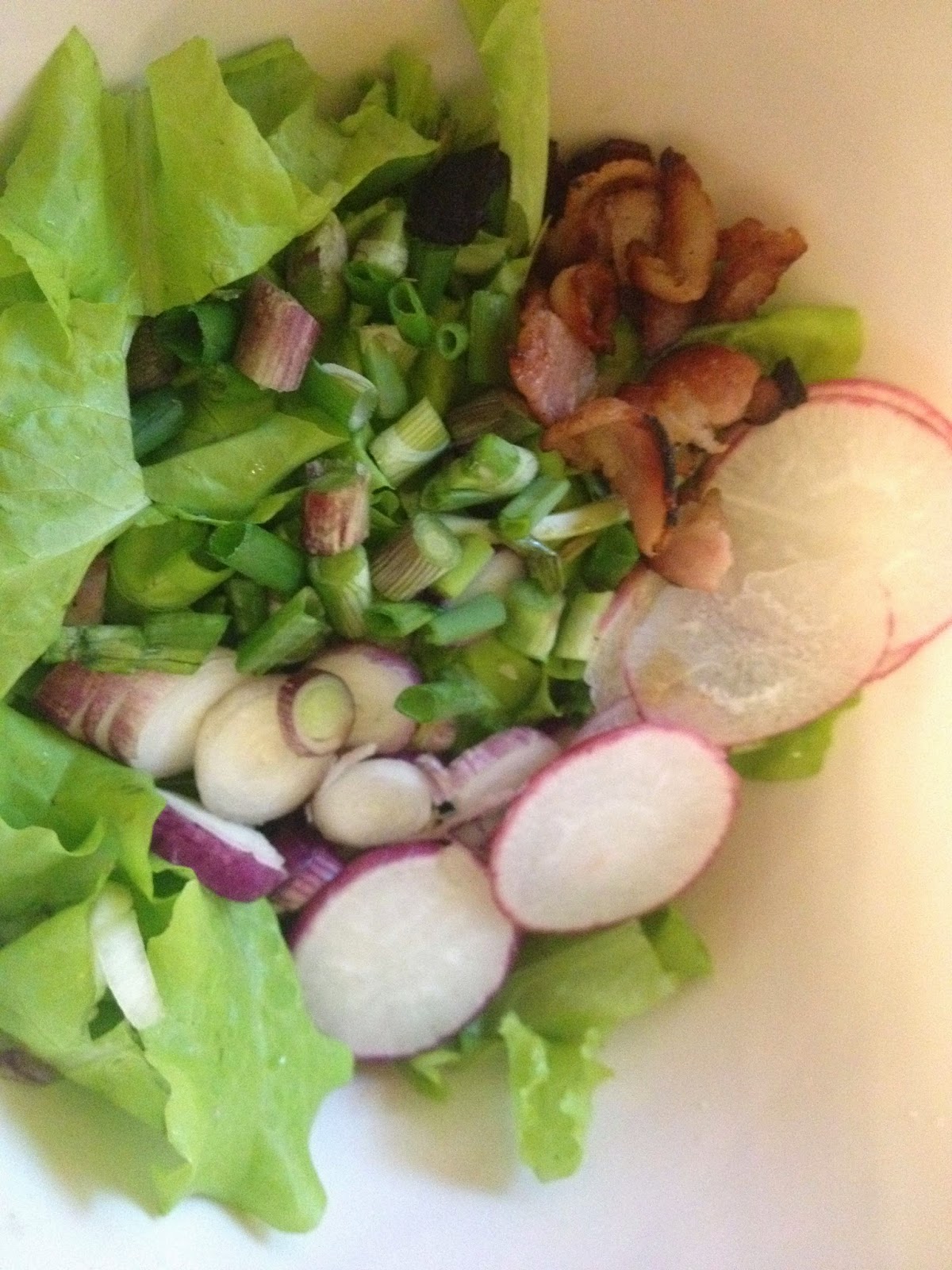 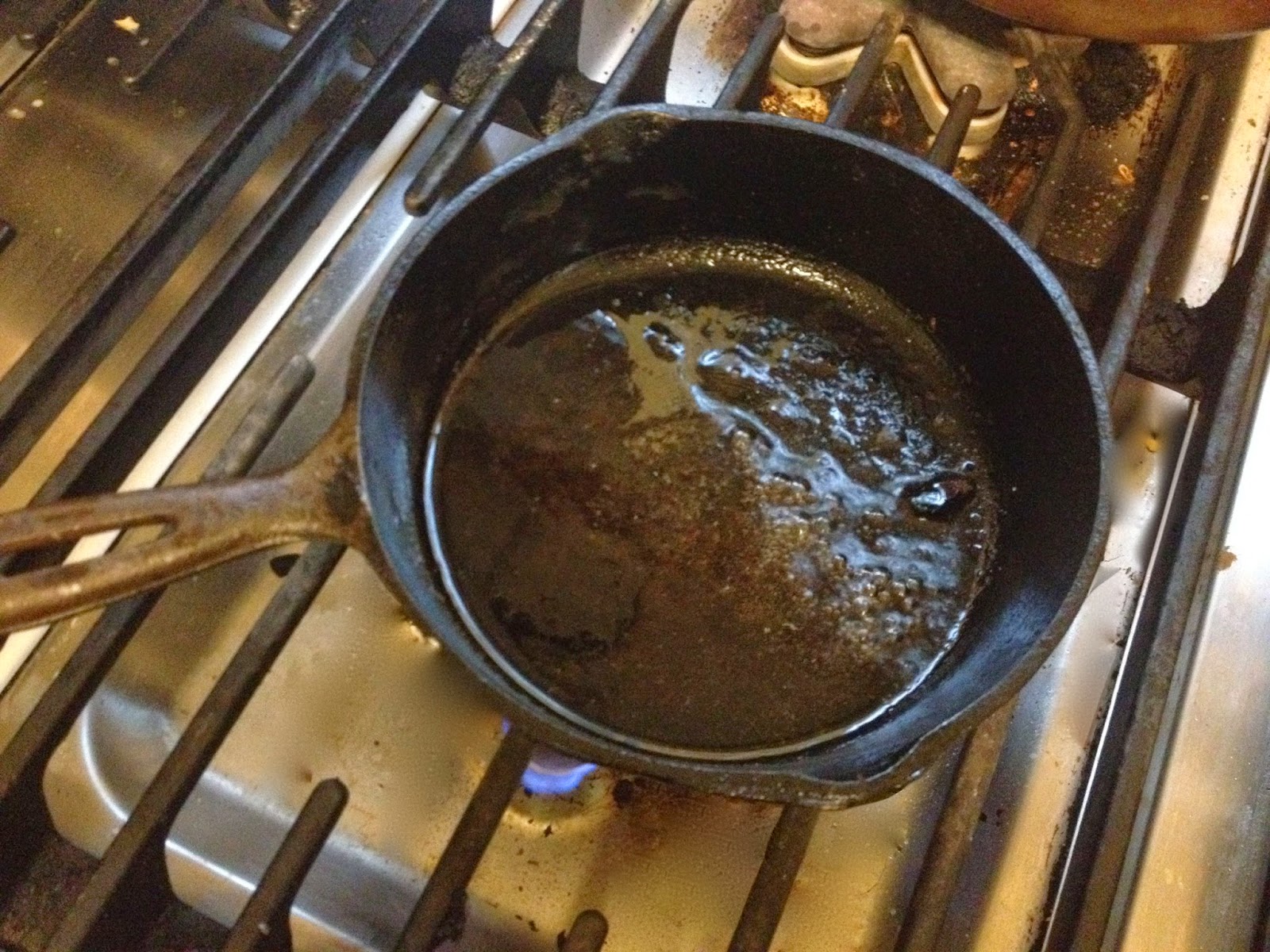 My mother always used this little skillet when she made wilted lettuce.
It was one thing I wanted when she passed away
(She also always fried my egg in it for an fried egg sandwich --
it's just big enough for one egg!)

To the bacon grease, you add the same amount of sugar and vinegar
And stir and warm until the sugar is dissolved and the dressing is hot. 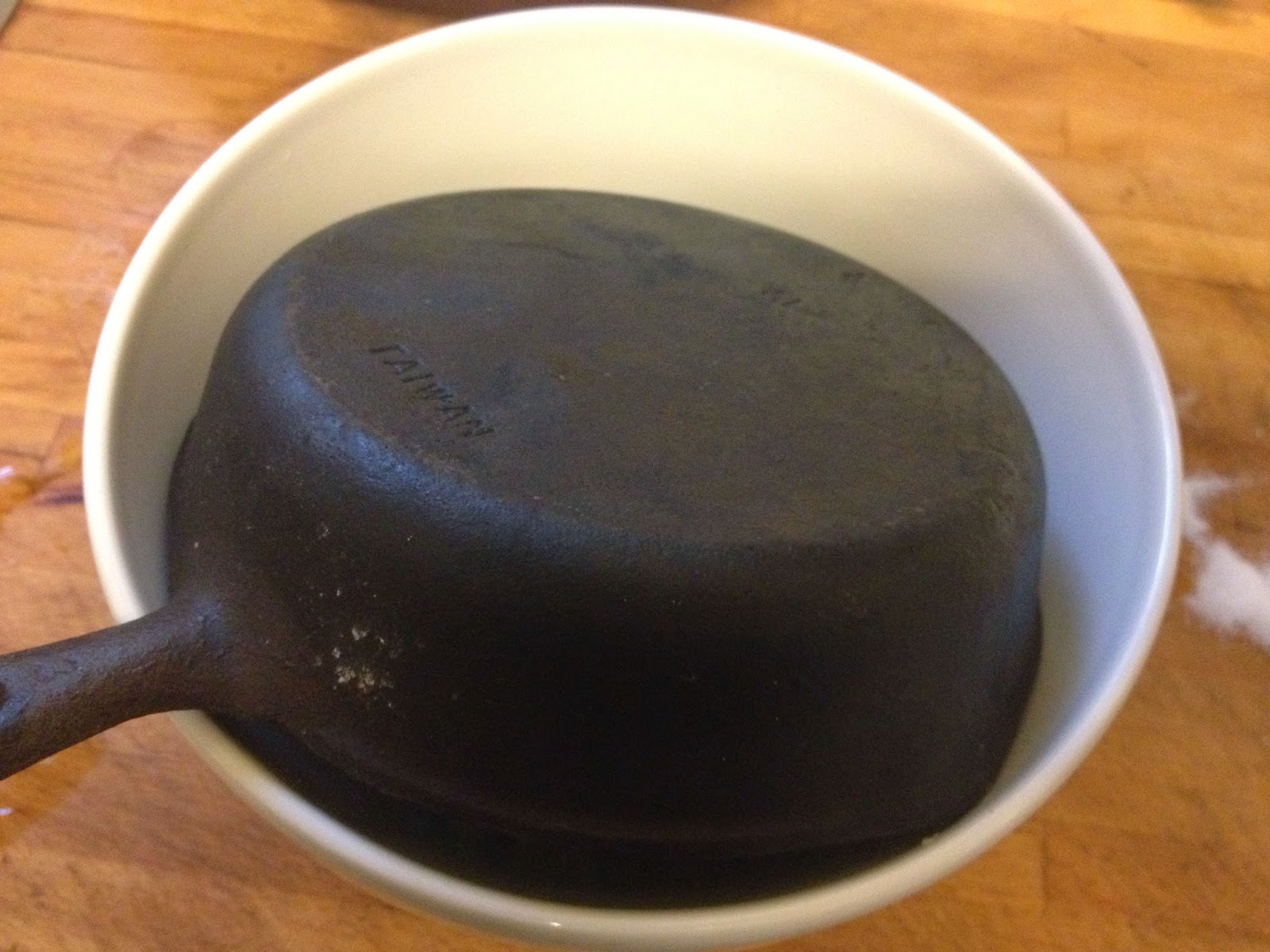 Then you upturn the skillet over the bowl of vegetables.
And let it steam a bit 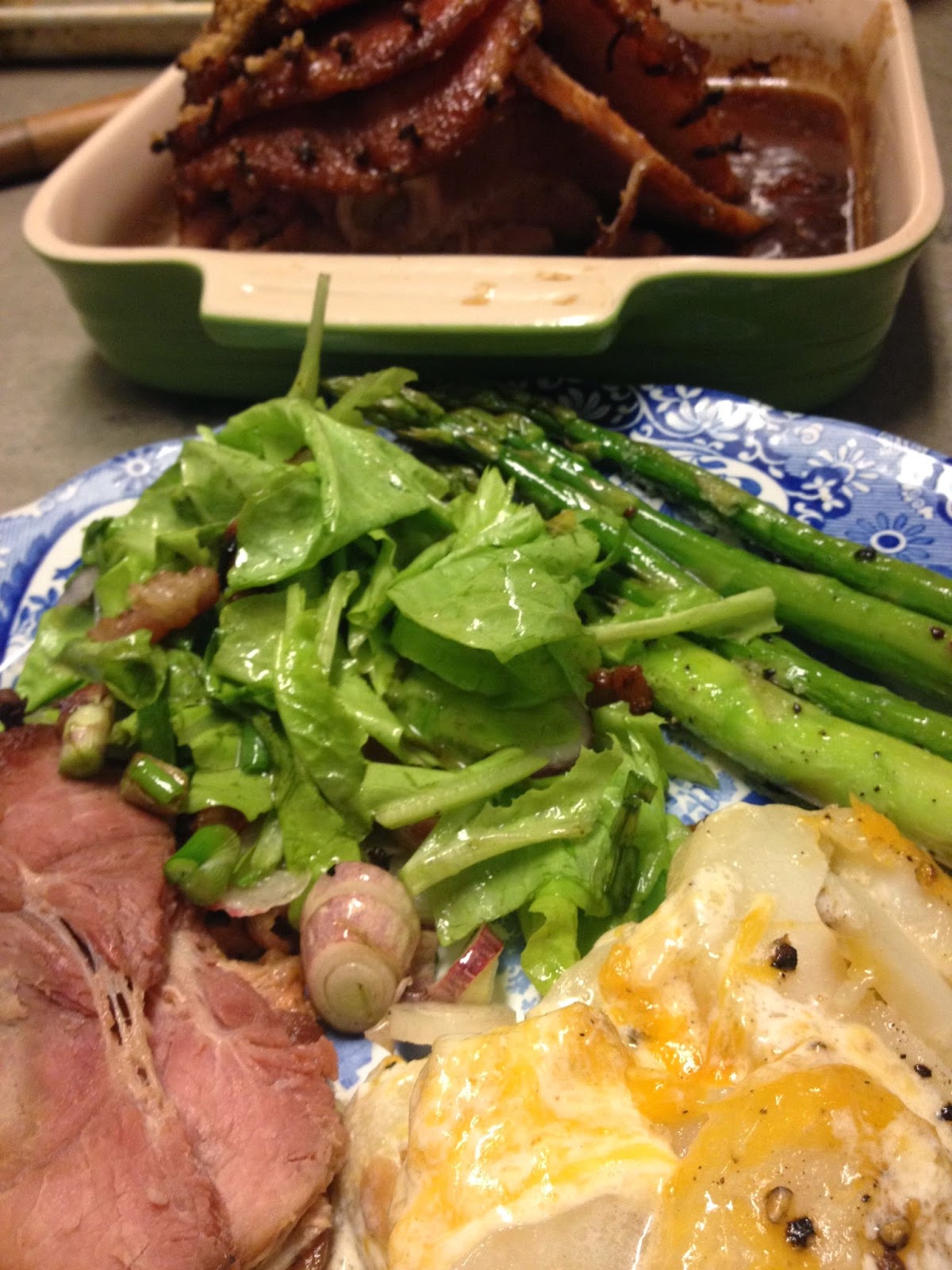 It's a tasty addition to a meal of cheesy potatoes, ham, and roasted asparagus.

We eat wilted lettuce as often as we can for once the season is gone,
it's gone.
No store lettuce produces the same flavor as just picked garden lettuce.

It's a rite of Spring!

It's Friday and I'm joining Michael at Rattlebridge Farm for Foodie Friday.
Posted by Martha at 5:10 PM

Of all the delightful deliciousness that you shared with us tonight, my favorite tidbit is that you still use your mama's sauté pan. I still have some of my old family pieces, and I love every time that I use them. Cherry Kay

Wonderful memories. My mother always made this in the spring...I think her dressing also had an egg in it........It was great.

This brings back wonderful memories of my mother's wilted lettuce salad. Yum! Yum!

It sounds delicious, Martha. I like a rite of spring that is all about good food!

Loved your post and I too particularly liked the fact that you use your mama's pan that she also used. I get a special feeling each and every time I use one of my own mother's or my grand mother's kitchen things.

Martha,
YuMMy!!!
I can almost hear the sizzle as the bacon dressing first unites with the lettuce, dear friend!!!
Fondly,
Pat