Which is a take off of
The Wizard of Oz and Dorothy's saying,
"Toto, I don't think we're in Kansas anymore" 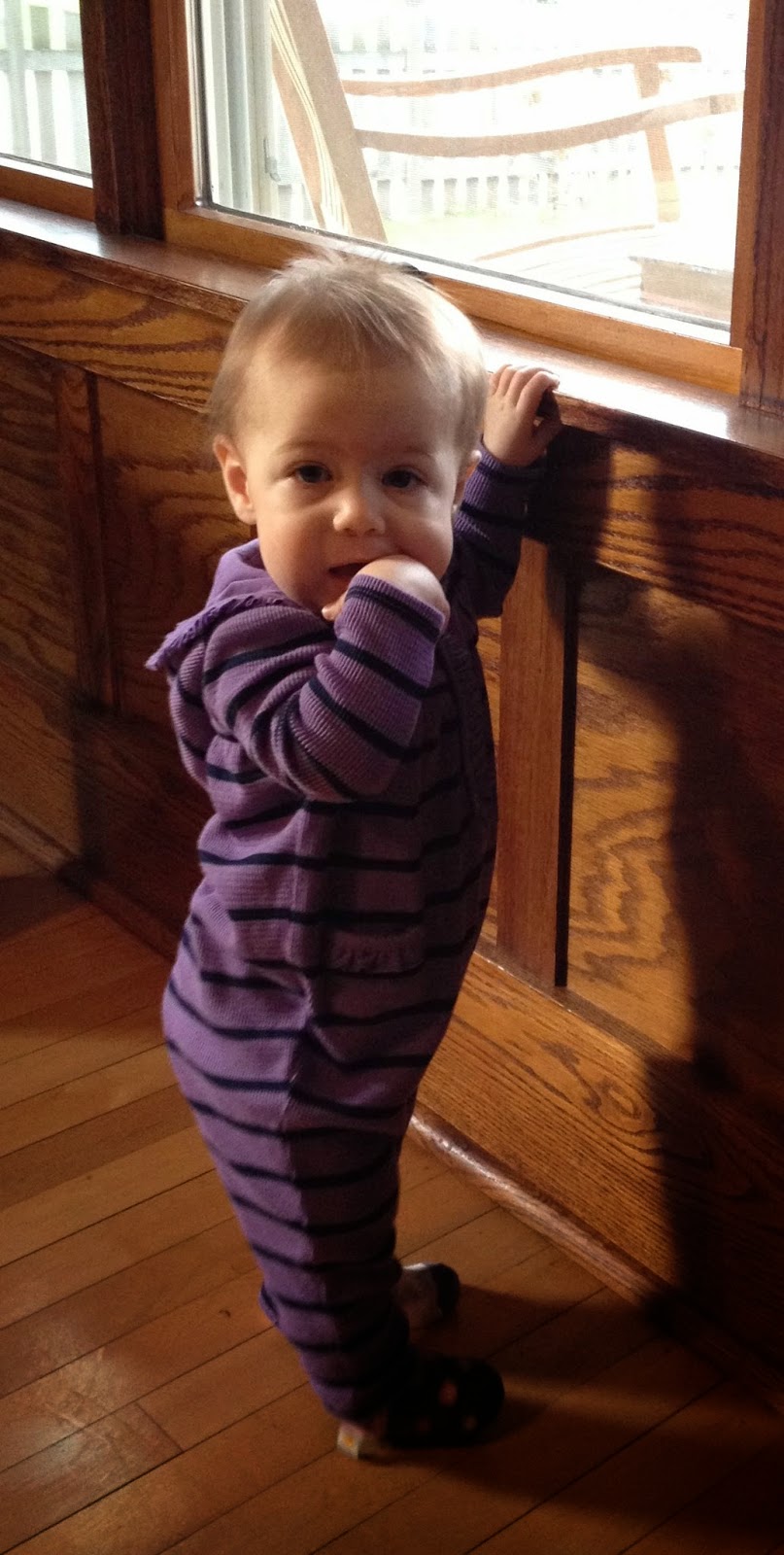 And so not to forget her roots, we had to bring her an outfit in K-State purple!

We had a grand visit --
And Saturday morning I made, 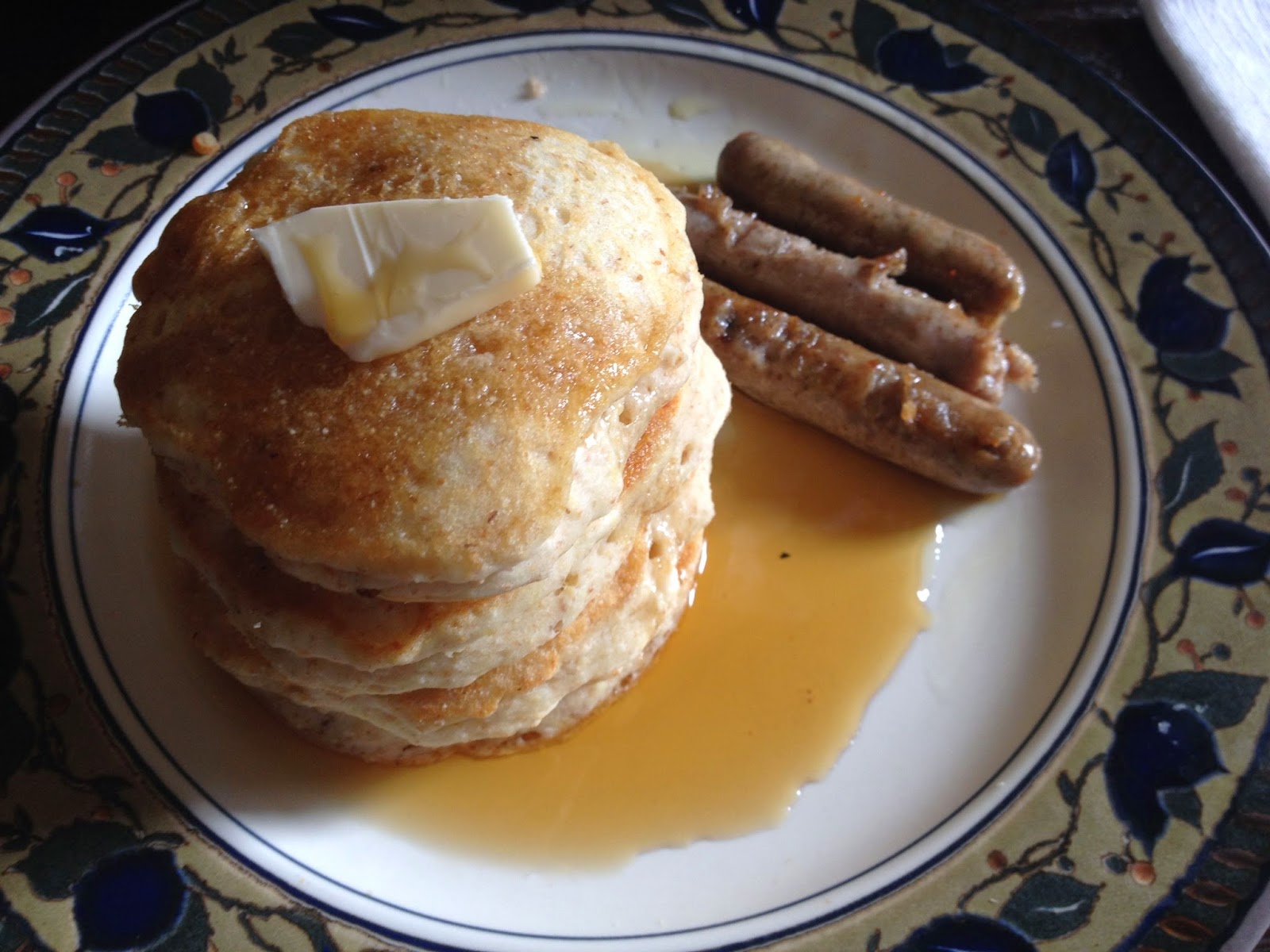 Pancakes and sausage, because Daughter Sarah assured me that it was Lucy's favorite breakfast food 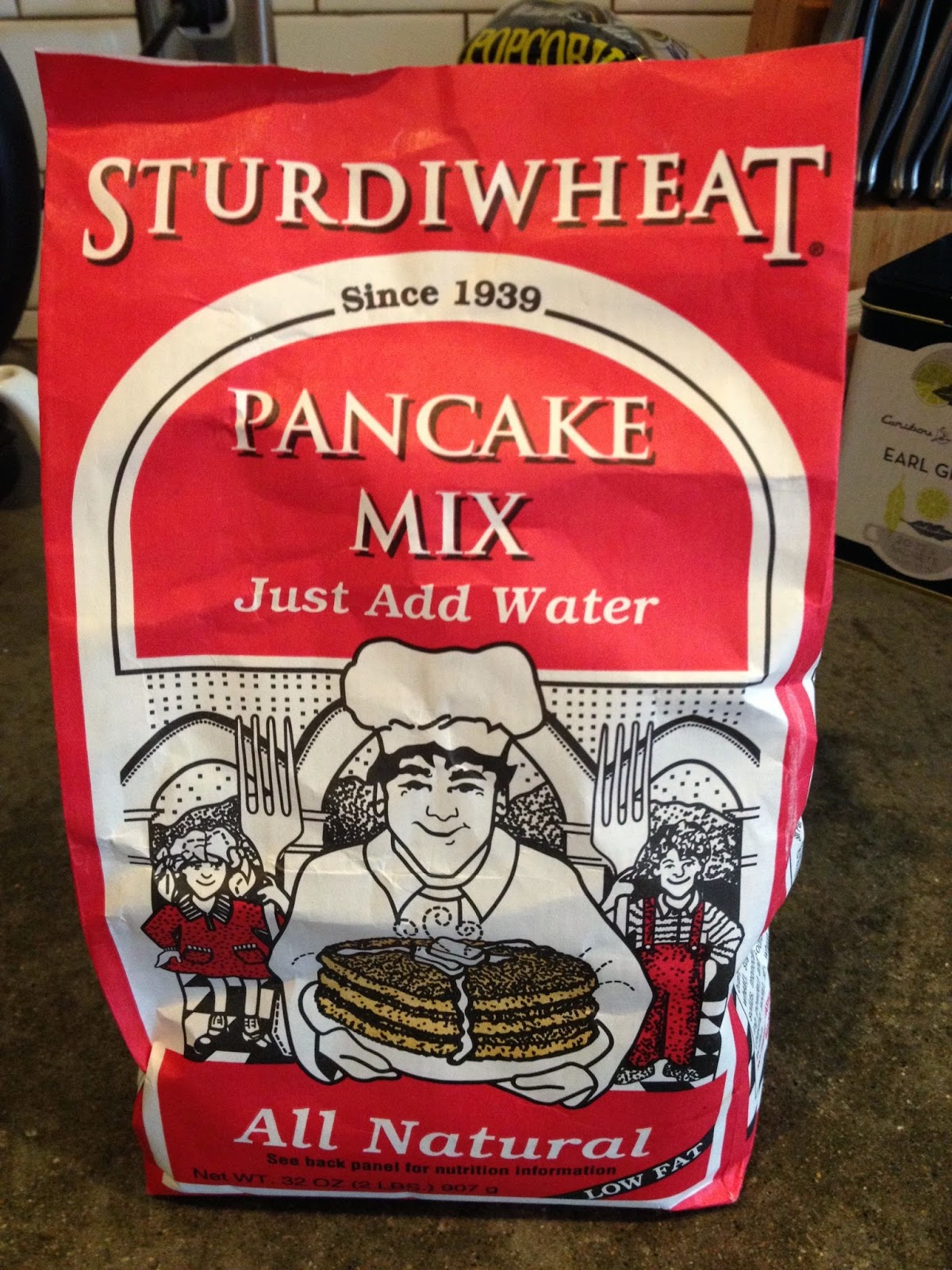 This pancake mix --
Sturdiwheat
Made locally in Red Wing, Minnesota
I'm not much for pancake mixes but was very impressed with this
very tasty and all you needed to add was water!

So much so, that we went to the market and bought a bag to take home
Minnesota knows something about flour --
We may live in Kansas, the wheat state
But Minnesota is the milling state
And this mix was superb!

This morning for breakfast 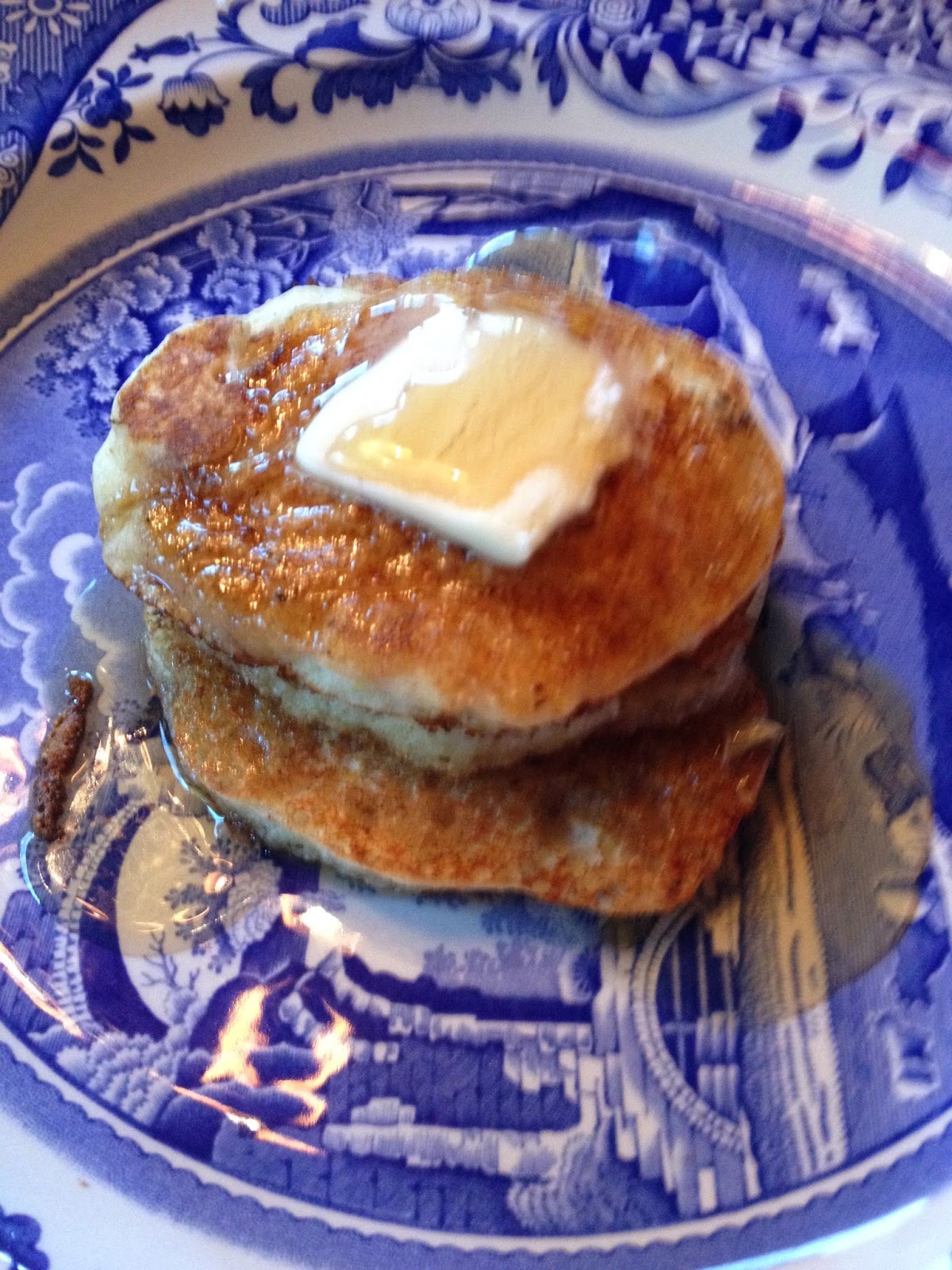 We had pancakes
Alas, sausageless for we've not been to the market yet!
That's a trip for later today

While in Minnesota, we bought (and planted) pansies 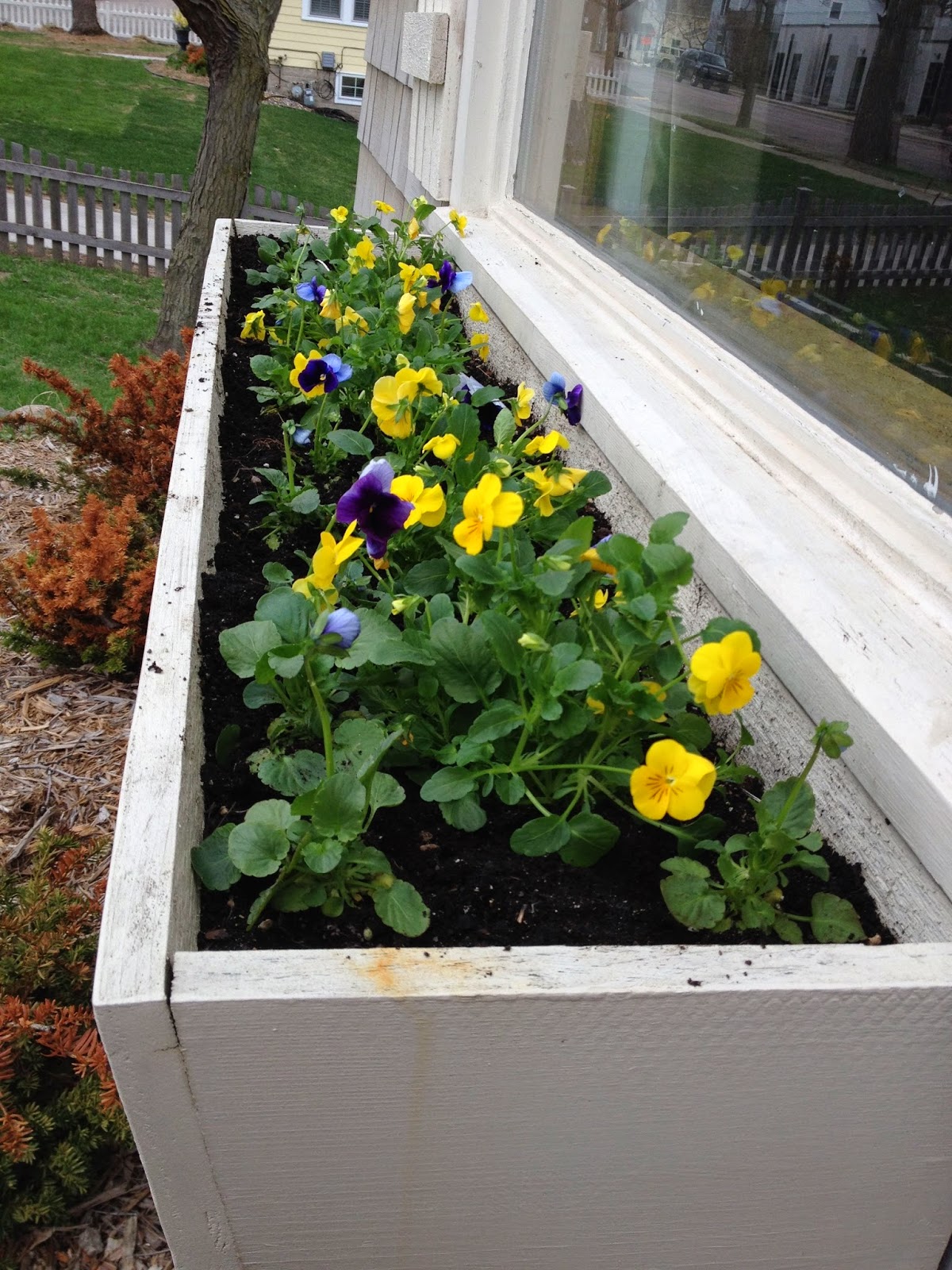 For the front window box 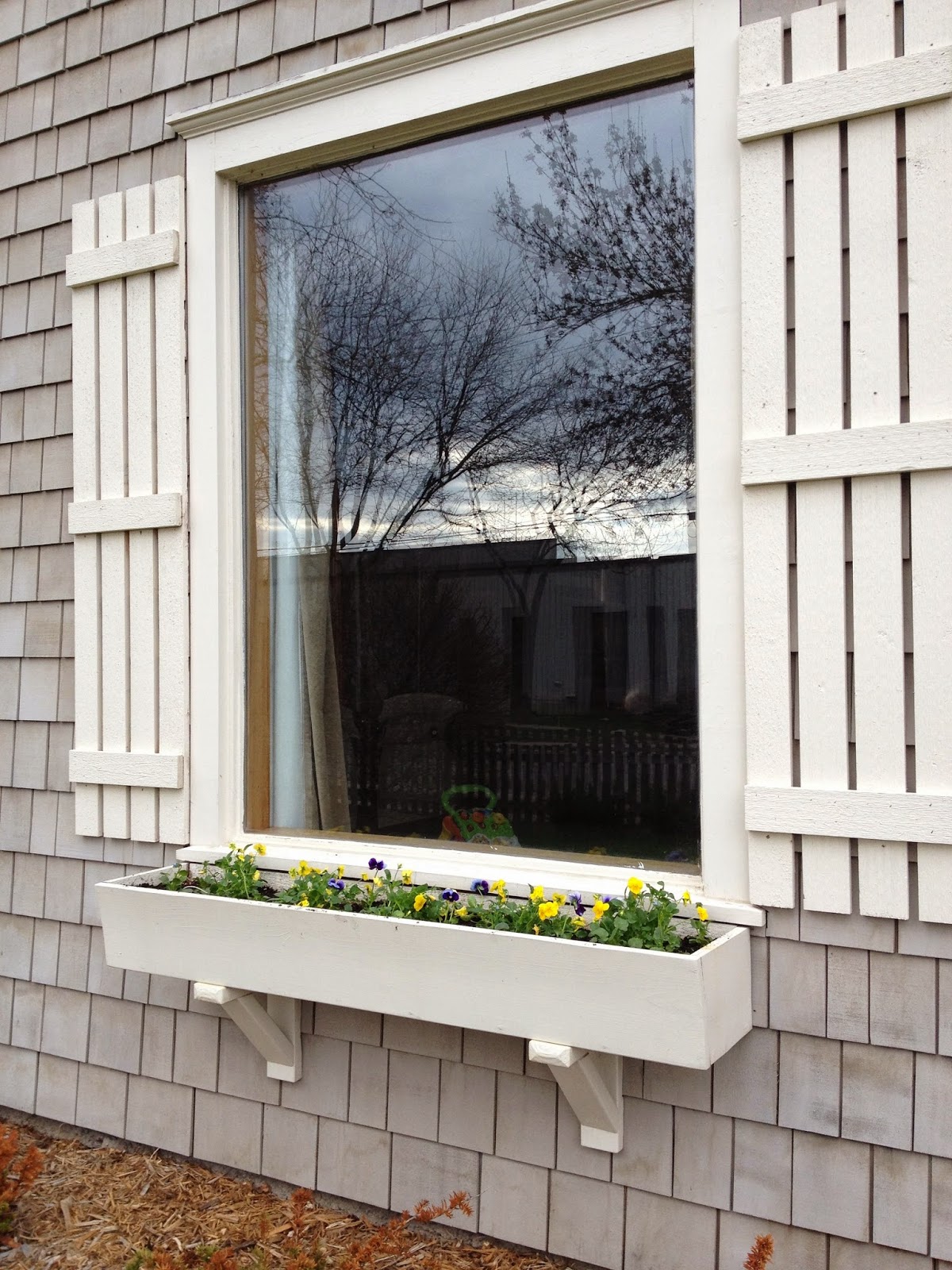 To bring a little Spring to the front of the house.

A favorite for Friday night dinner and repeated Saturday night
when we had our "steak house supper"
Was this salad
Called "Mock Caesar" it is from one of the Canal House cookbooks. It's a great presentation -- with croutons and cheese on halves of romaine.
Daughter Sarah liked it so much that we did it again on Sunday.
And I left the recipe with her as well.

It is a great Caesar -- and we think it's because it has real anchovies in it!
Once tasted, you'll never be satisfied with bottled dressing again!

Saturday was the Kentucky Derby 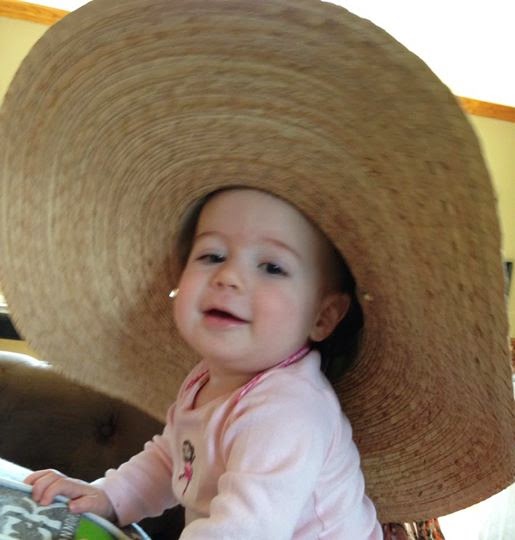 And grandgirl Lucy got in the spirit of things.
One always wears a hat on Derby day, doesn't one?

And while there, I had to bake 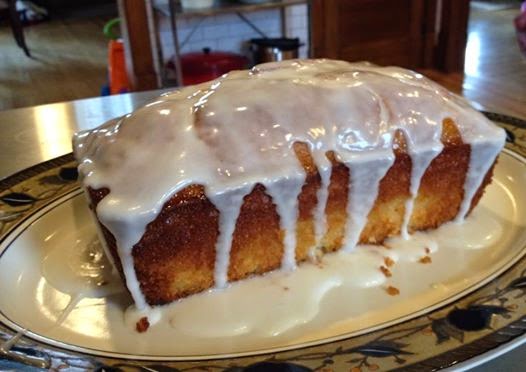 Ina's Lemon Yogurt Cake
Made more lemony with lemon yogurt instead of plain.

Sarah and I both make it a lot -- it's a really great cake
And it's always nice to have one in the freezer.
(It's almost like money in the bank!)

Coming hone yesterday,
we were happy to see this sign --

For it was nice to be back in Kansas

And both Doogie and Dolly thought it was nice
to have us back at Linderhof!

I'm not sure I've ever seen so many wiggles
or gotten so many kisses
as we did last night!

Even though they were well taken care of by friend Grace and her girls,
Doogie and Dolly thought it was really grand for us to be home again!

We already miss grand girl Lucy
And we're told that she also misses us.

But it is good to be home.

This week will be busy with laundry, housecleaning and the garden.

Life returns to normal
And Doogie and Dolly are very glad!
Posted by Martha at 8:51 AM

What a beautiful granddaughter!
Sound like there was a lot of love going around that breakfast table....yummy

I would hate to be far away from my grandboy for sure. What a sweetie Lucy looks to be. Pancakes, oh yummmm. We made pancakes recently for our little guy and he devoured them, so I can understand them also being a favorite of Lucy's. It is always lovely to go and wonderful to return home, even if it is Kansas (smiling here). I was a California girl when my husband decided we would move to Kansas. How I missed the coast. It is wherever our heart is that makes us happy to return home.

Lucy is so darling! I know you love every minute with her and her family! But I also know how wonderful it is to return home. I'm flying to Maryland tomorrow for Mother's Day and also my granddaughters' dance recital. But they are moving back to northeast Ohio soon and I am so thrilled.

Oh, she's a sweet one, Martha!