My dining room mantle has been something to "fiddle" with
for a while!

Several years ago,
we had this ornate mirror, 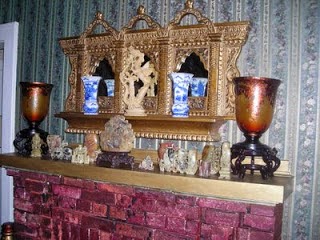 After a while, it was way too "cluttered"

So I changed it 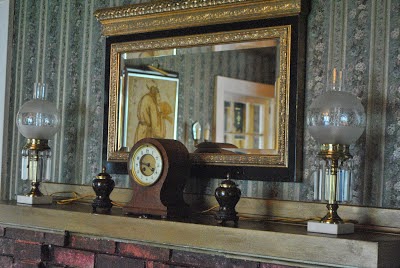 To a mirror I dearly love,
a French clock in the center
flanked by two old lamps
and two small cloisonné ginger jars
that were part of Husband Jim's "dowry"!

And so I dug out another mirror 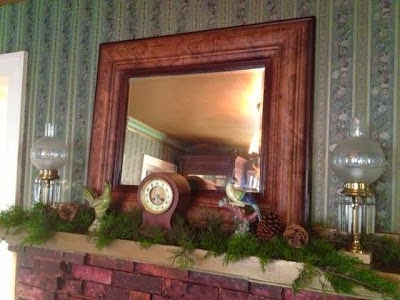 Too big to hang, it leaned against the wall
The ginger jars were replaced by some
ceramic birds and I left the lamps.

Sigh . . .
clock in middle
Two pairs of things on each side 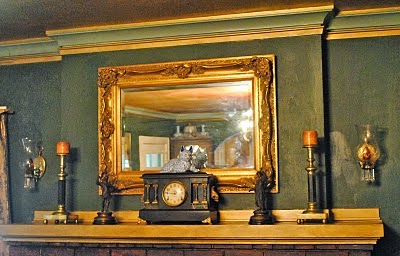 Does it look familiar?
Like the mantle in the living room? 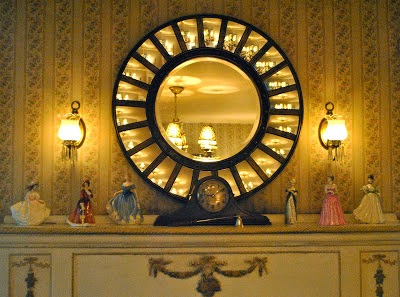 Or the one in the master bedroom
My parents Wedding Present clock
And some of my Royal Doulton's scampering across the mantle!

I needed something different
All mantles should not look alike!

Several months ago, I replaced the lamps with the hanging crystals
As much as I adored them
I absolutely despised the cords
That snaked their way across the mantle
to the outlet next to the fireplace.

It always pays to tidy . . .
For I found a treasure 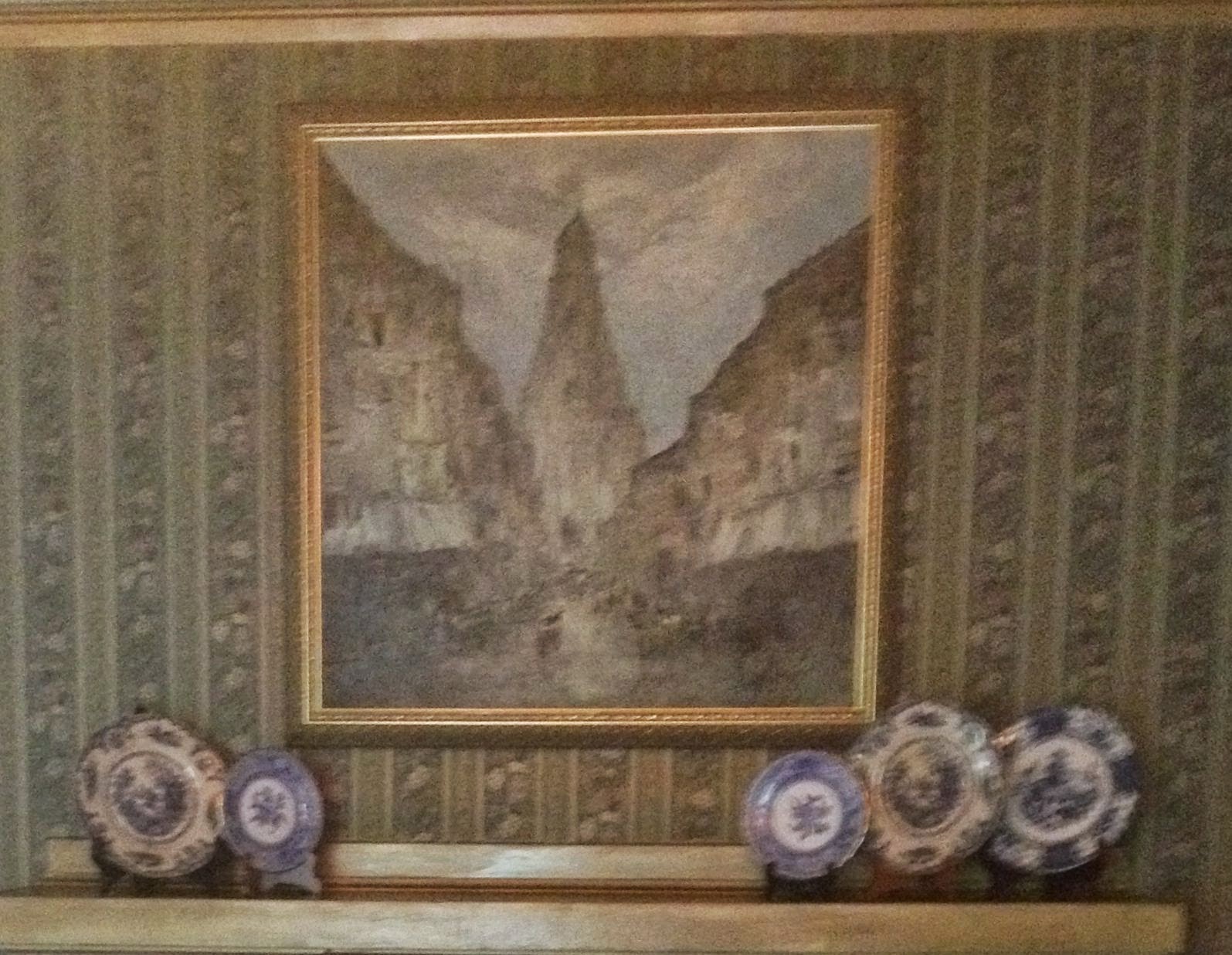 An oil painting that Husband Jim had bought in the Phillipines
30 years or so ago.
When we moved to Linderhof, we hung it here
And we liked it
But then . . .

Sometimes, I think you should leave things alone!

And instead of the clock in the middle and two things on either side,
I got out some plate stands
And some of my antique blue and white plates
That used to live in the corner cabinet in the living room.

The plates shook it up a bit
No more five items lined up across the mantle
In an orderly row!
Centered by a clock! 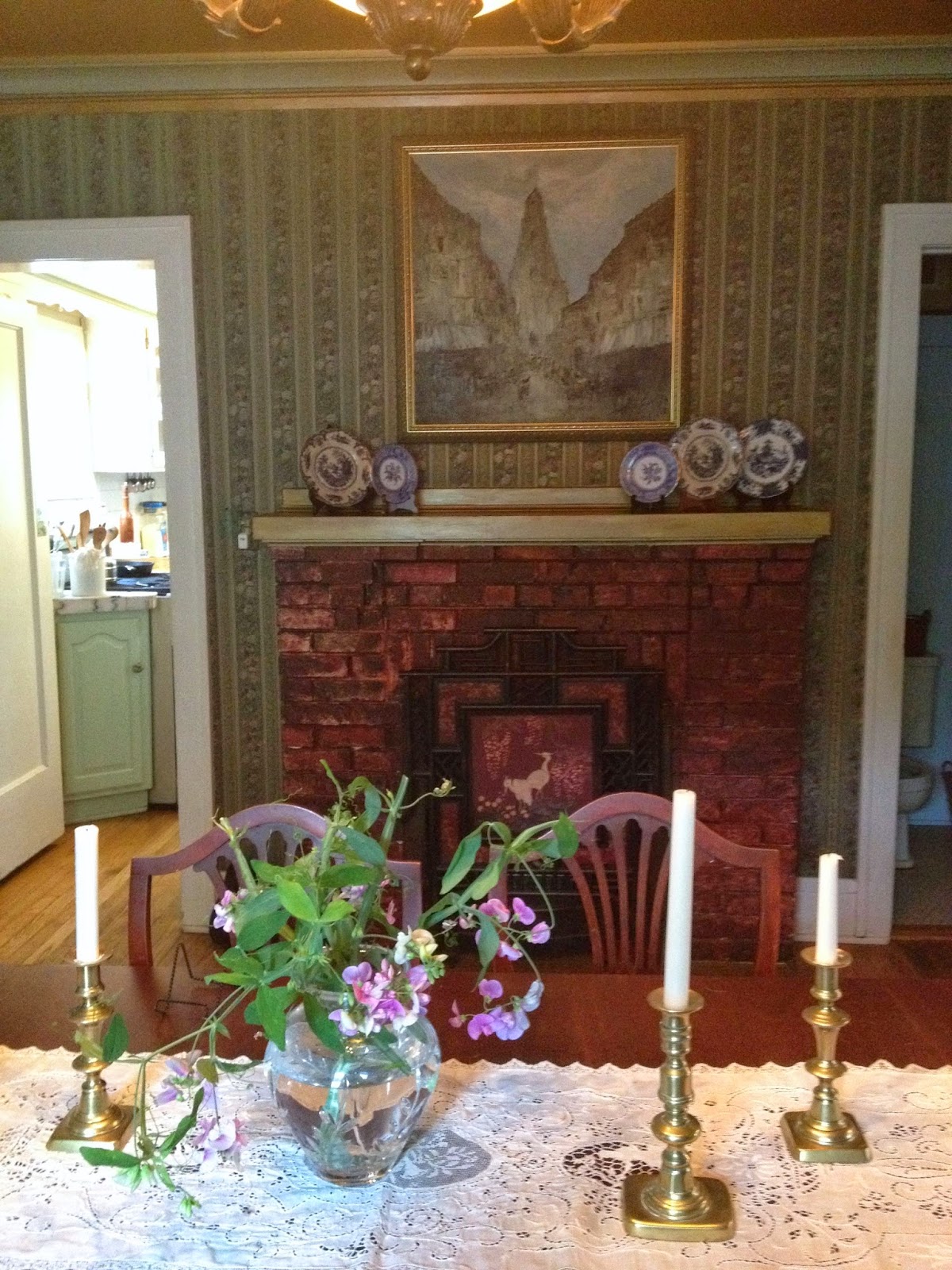 I think it looks good!
And certainly different.
And breaks me out of the mirror, clock, two pairs of decoratives!

It's Monday and I'm sharing my new mantle with Susan at Between Naps On the Porch for Met Monday.

Martha,
That print is exquisite!!!
The soft hues compliment all your blue and white plates!!!
Our design savvy evloves over time. . .and sometimes we return to where we once began. . .and there is peace.
Fondly,
Pat

I like it very much, Martha. There's something very serene about the mantle now.

It is soothing. The three and two plates look wonderful with the painting.

I like the simplicity of this display... Less is more..sometimes when there are too many things to look at you don't see anything.