I've been needlepointing for a long time
I took up in early marriage
And BS (Before Sarah), I did quite a bit of it
Made mostly into cushions

After a fairly long hiatus, I took it up again when we went on our
first transatlantic cruise
It gave me something to do with my hands
(and kept the book count down to a reasonable number)

Unlike some hobbies, needlepoint takes longer
so even if you're fairly prolific, you don't have
"hundred" of projects to find homes for.

For a few years, I had the cushions put away
One often tires of things.

But I got them out again
And "sprinkled" the cushions around the living room
However, two (or even three) cushions in the wing chairs
were one (or two) too many!

And a "line up" of cushions on the sofa
meant too much moving off (Husband Jim)
and putting them back on (me!) 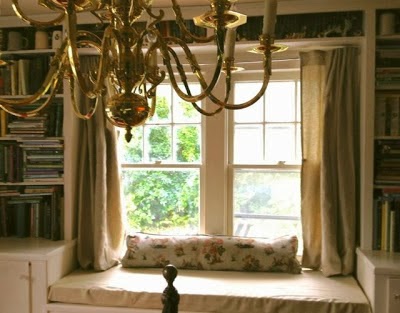 In the guest room
Which had a wonderful window seat
And one lone long cushion. 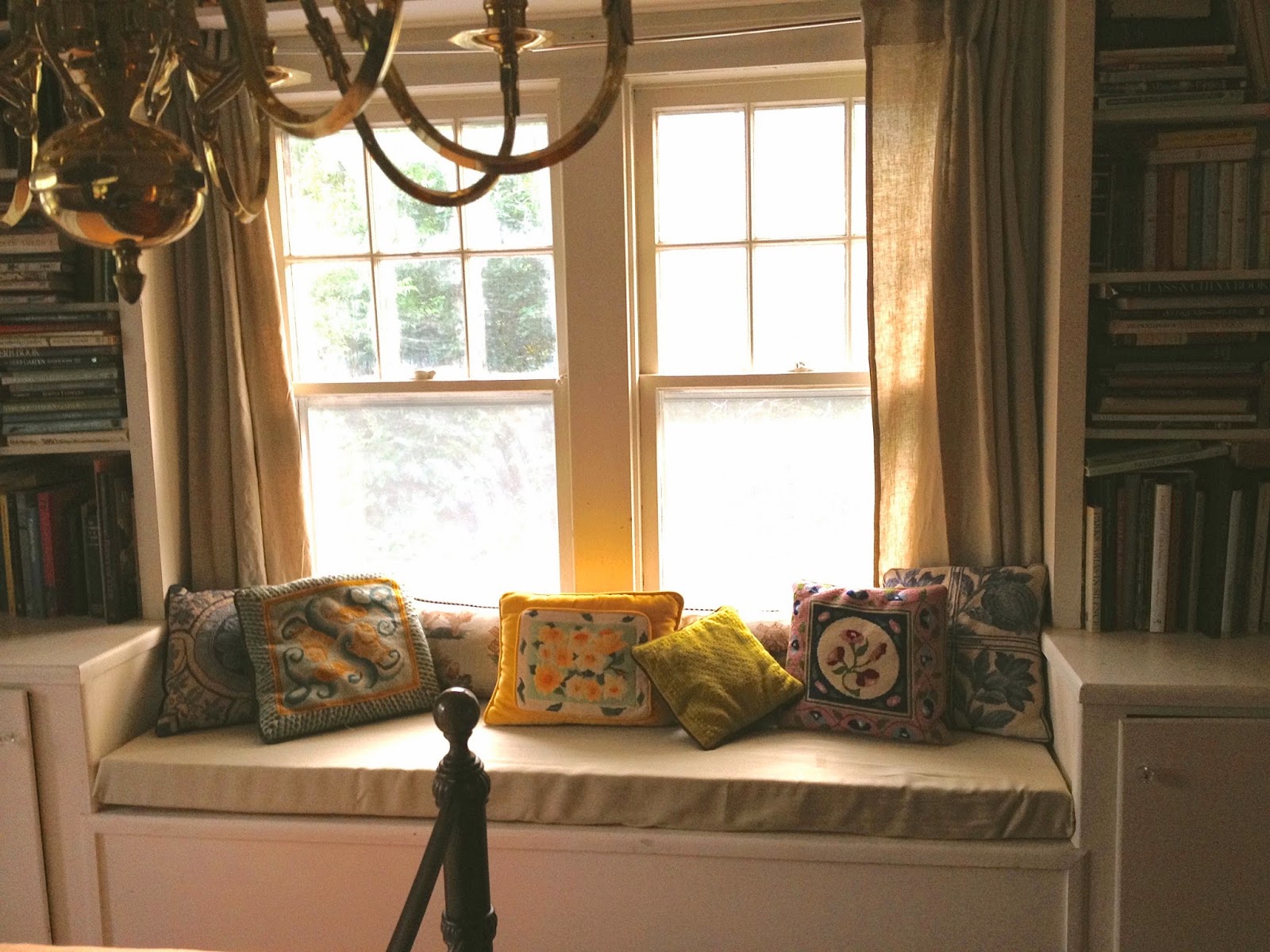 Which is a good backdrop for the needlepoint ones. 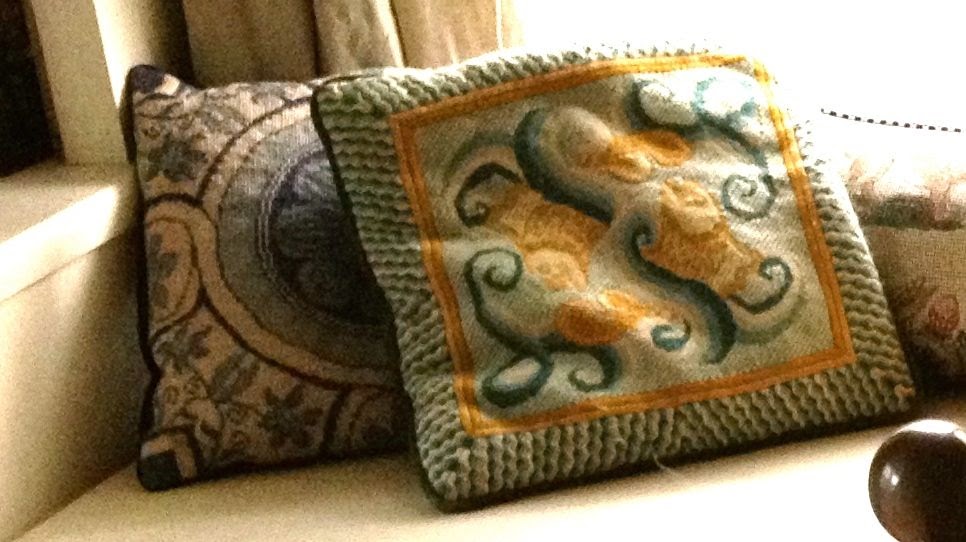 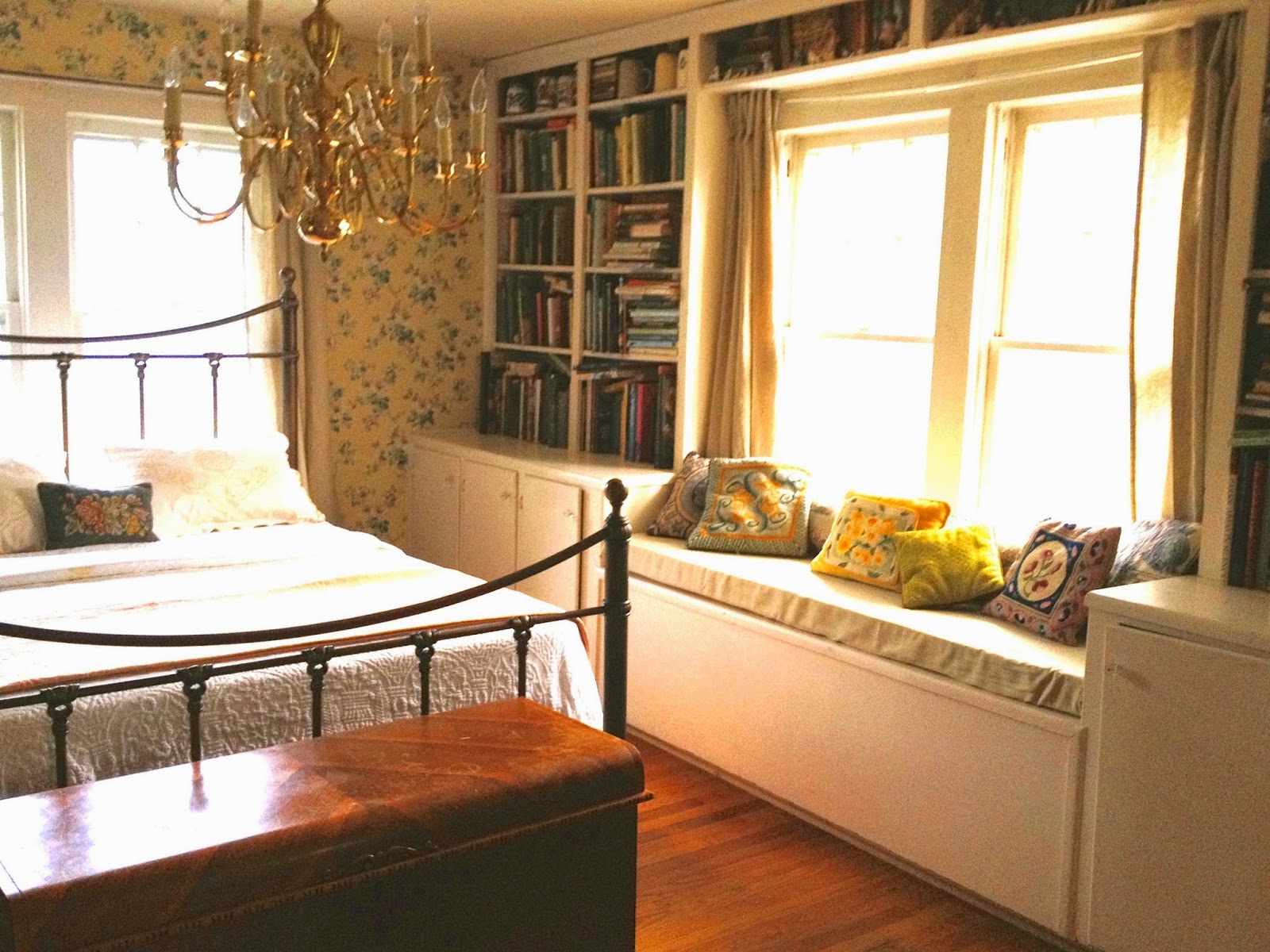 I like the cushions in the guest room
They're not in anyone's "way" and they make me smile whenever I go past
and glance inside.

And I'm still needlepointing
working on a cushion that Jim got me a year ago Christmas.
It shall be in one of the wing chairs downstairs
And that cushion will come upstairs to join the others on the window seat.

It's Monday and I'm sharing my cushion "exchange" with Susan at Between Naps On The Porch for Met Monday
Posted by Martha at 9:23 PM

I've always admired your needlepoint and I think this is a brilliant solution. If I had made so many lovely things I'd smile every time I walked past, too. I have a book of their designs which are exceptional, but I haven't your patience nor your industry, I fear.

I like the window seat with the needlepoint cushions. A great solution!
I am STILL working on needlepoint Christmas stockings for the twins. I fear that one of them is quite a bit more detailed than the other ans it is taking far too much time. I hope to be done in time for Christmas!

Martha, I had to enlarge the pictures to study the beautiful needlepoint pillows. They look wonderful all together on the window seat-- like a collection, and make such a statement all together. This is a great idea. I love the way you arranged them too. Your guest room is so pretty.

Martha,
Your gorgeous needlepoint pillows make a stunning statement at the window seat, dear friend!!!
In the years before the need for glasses, I did an enormous amount of counted cross stitch to fill my evenings while "Mr. Ed" was away with Military Maneuvers. Most were framed and given as gifts.
Thank you for another glimpse into the life and decor @ Linderhof!
Fondly,
Pat