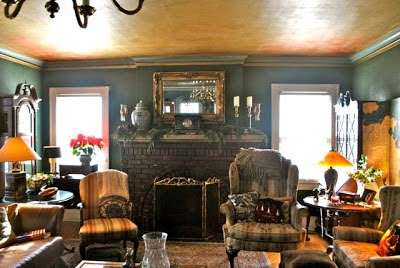 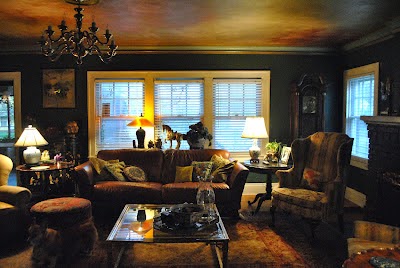 And in January 2013, I changed it
Because I was tired of weaving my way behind the wing chair
to get to the secretary
It was nice, to sit at the desk and look out over the side garden
But too often, it was just a quick trip to get a stamp or the scissors or . . .

And so I moved things 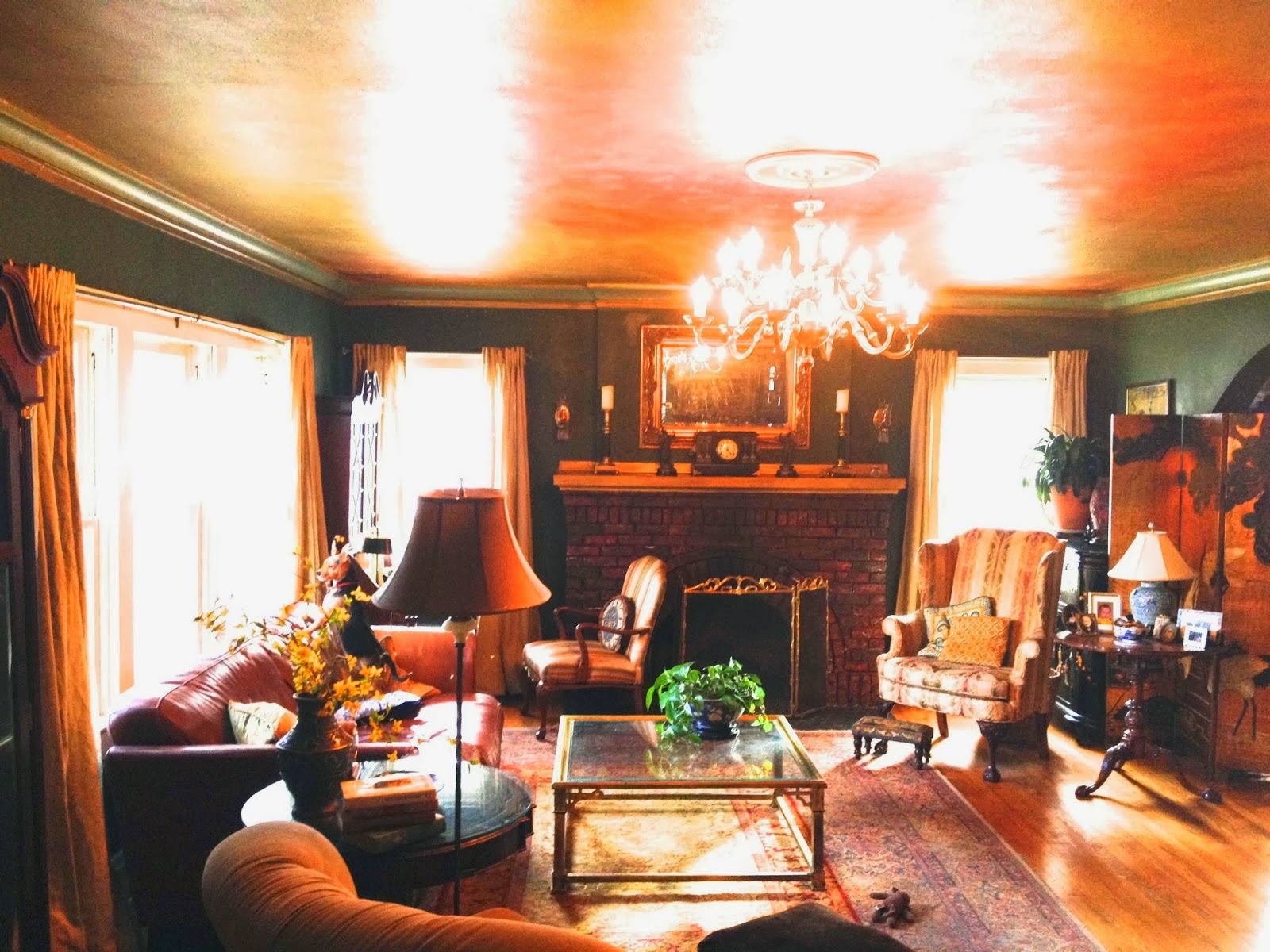 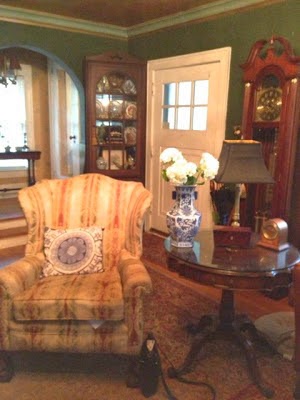 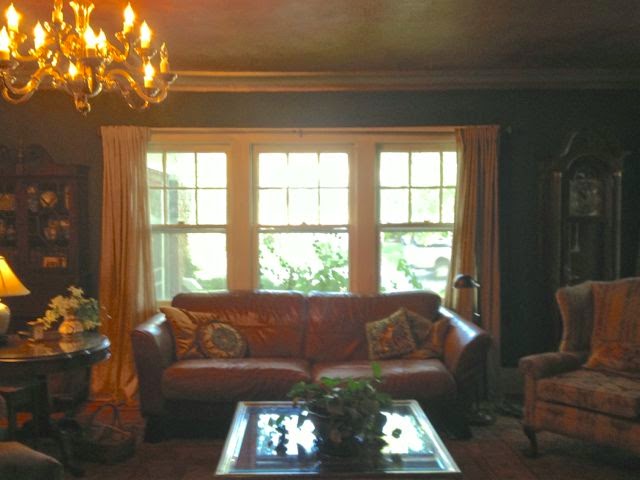 The secretary to the left of the sofa
The grandfather clock to the right of the sofa
Because like a year or so ago,
I got tired of squeezing past the wing chair
To get the scissors or tape or that stamp 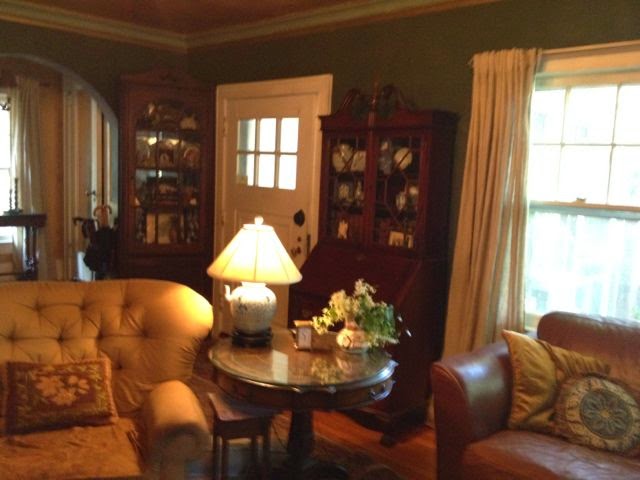 The secretary started here
To the right of the front door
Years and years ago!
It's easy to get things in and out
And the blue and white in the secretary brighten up the space 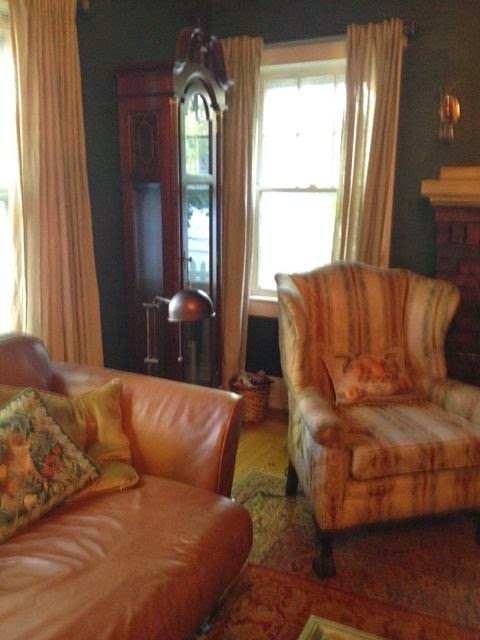 And the grandfather clock
is to the right of the sofa
Behind the wing chair
Where I only have to squeeze
once a week when I wind the clock!
Not "hourly"! 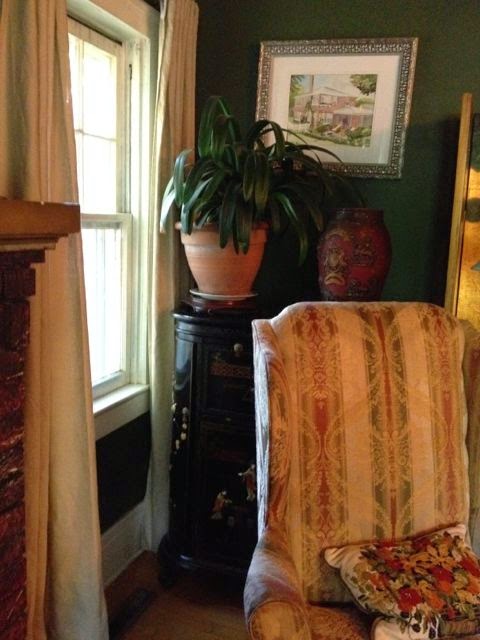 The Asian cabinet stayed where it was
The clivia likes it there
And a happy plant needs to stay a happy plant!

Will I move things again --
perhaps

And even though there has been three moves,
I must tell you that I am not really a furniture mover
I give great thought when I move anything
Thinking my move is for better use and function
Not just because I want a change! 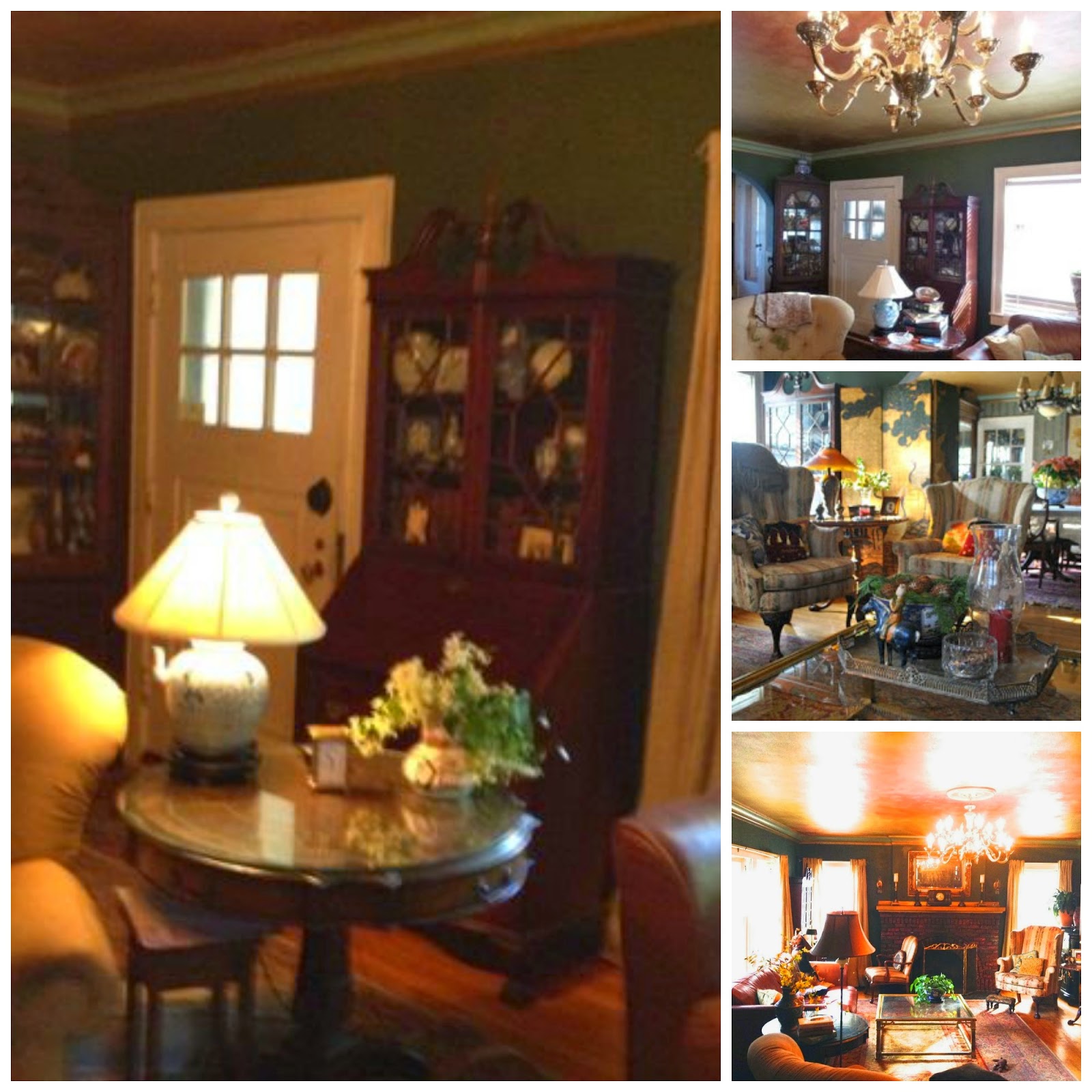 It always feels fresh and all new to just simply change things around! I'm stopping by from Mosaic Monday.

And think of all that exercise too! Whew!

It is fun to change things around for a new look. You have a lovely home.. Enjoy your week!

That's always the way, isn't it? A lot of decorators will tell you that usually there is one BEST way that furniture fits a room. I have about decided in my old age that is probably true.

But it is fun exploring our options, right?

It's fun to switch things around - I find that some pieces come into renewed use that way. Where do you watch TV? I am curious as I am struggling with where to make a den in our 1927 house.

Such a beautiful, comfortable room!

Whew! I'm tired just reading about moving all that furniture around. I placed ours in the living and dining room 17 years ago and nothing has changed since. :-)
Thanks for linking to MM Martha.

What a beautiful room! Just lovely. Thank you for sharing and thank you for the visit and sweet comment at The Dedicated House. It means the world. Feel free to share this post at my Before and After Wed party which goes live on Wed. morning. Hope to see you at the bash! www.thededicatedhouse.com Toodles, Kathryn @TheDedicatedHouse

Funny how things work out...I pretty much never move furniture once I get settled

That's lovely! Much to my long-suffering mother's annoyance, even as a child, I preferred rearranging the furniture to simply dusting and vacuuming as I'd been told to do! xoxo

Hi Martha,
Your home is absolutely gorgeous! I love all of your furniture - so beautiful! It's fun to move things around but just be careful not to get a hernia from lifting heavy pieces - I did. Thank you for visiting me. Have a wonderful week!
Karen