Not a London hotel
(although we've done that, Daughter Sarah and I)
but a St. Paul, Minnesota hotel

We invite you to experience Tea at The Saint Paul Hotel. Served in our elegant lobby, this five course, two hour event is fashioned after England's Traditional Afternoon Tea.
Adding to the ambiance, tea is served in an assortment of antique cups and saucers, collected over the years just for our tea.
According to a 1902 book on etiquette,..."teas have become the necessities of life; they fill a place in our social communion with one another that no other form of entertainment could so well encompass." 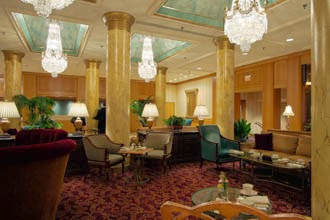 They do it most Sataurdays
(and occasionally other days as well)
There is a limited number of seats
And it fills up weeks in advance!

On this trip North to visit Daughter Sarah, her Andy and Grand girl Lucy,
Sarah made a reservation for
Afternoon Tea for Two
at the
St. Paul

What an elegant setting.
China cups, no two alike
Fresh flowers on the table
Just like the hotels in London!

And the tea --
five courses
(unlike the teas in London -- three courses only, there!) 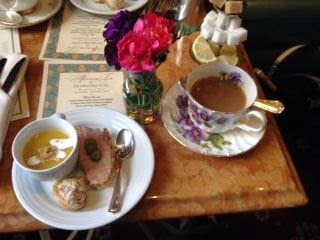 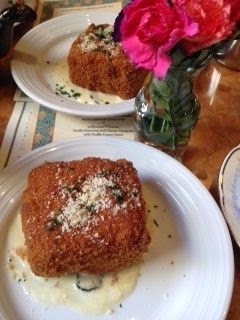 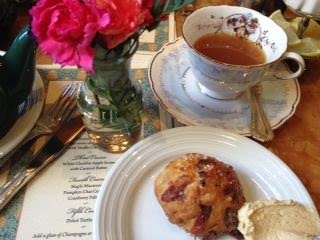 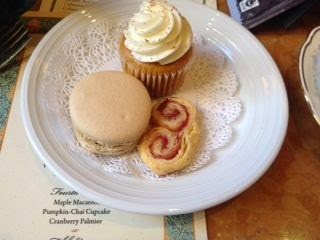 For the sweet course a maple macaron, cranberry palmier and a pumpkin chai cupcake

And just when we thought we couldn't eat any more 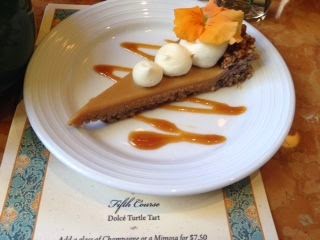 A Dolce Turtle Tart
a crust of nuts and honey, a decadent caramel filling and whipped cream

The tea, as advertised was two whole hours!
It wasn't a come and go between two and four
It was from two until four!

Of conversation and sipping tea and daintily eating the delectable tea treats!

Piano music played softly in the background and you could hear the clinking of the china cups as they were put back in their saucers along with the hum of gentle conversation.

Our favorite course?
Daughter Sarah and I agreed, that that tart not withstanding,
it had to be the white cheddar and apple scone!
And the caramel butter just put it over the top!

The best part of the present
Those leisurely two hours
Alone with Daughter Sarah
sharing memories and goals for the future!

I felt like a much loved pampered princess when we left.

Daughter Sarah is thoughtful like that!
It was the best Mother's Day Present that I've ever had!

It's Tuesday and I'm sharing my elegant afternoon hotel tea with Sandi at Rose Chintz Cottage for Tea Time Tuesday and with Bernideen for Friends Sharing Tea.

What a lovely experience. I have often wanted to go to a tea in a grand hotel but never had the chance.

Oh, what a delightful outing with your daughter! Two hours to leisurely enjoy tea and conversation without being hurried would be simply lovely. The food sounds spectacular and I like the idea of different teacups on the table. I'm so glad the two of you were able to do that together. Making memories with the one you love is priceless! Thank you for joining me for tea and enjoy your new week, Martha.

What a delightful time this must have been! Time with your daughter and tea, too. It all looks like a very special, yummy treat. Happy Tea Day!

OMG ...A mother and daughter experience... I love it!!!! The menu looks absolutely fabulous ... Thank you for sharing Tea Time at the hotel...Hugs

So glad you got to do this with your daughter. How special!

Do our daughters know how much our time alone is so cherished? Thank you for clarifying afternoon tea / high tea and low tables .. .. The Jefferson Hotel in Richmond Va does a lovely afternoon tea with a harpist.. Life's simple pleasures..sounds like you and Sarah had a memorable afternoon !

I think I would have just taken advantage of the full two hours, everything looks so yummy, however the apple scones with sauce did look like a hit

How lovely. I am from Mpls- and have long loved St. Paul. Just got back from a trip to England- where we (husband and self)enjoyed many a tea-

How lovely. I am from Mpls- and have long loved St. Paul. Just got back from a trip to England- where we (husband and self)enjoyed many a tea-