In 1983, I made this costume for Daughter Sarah 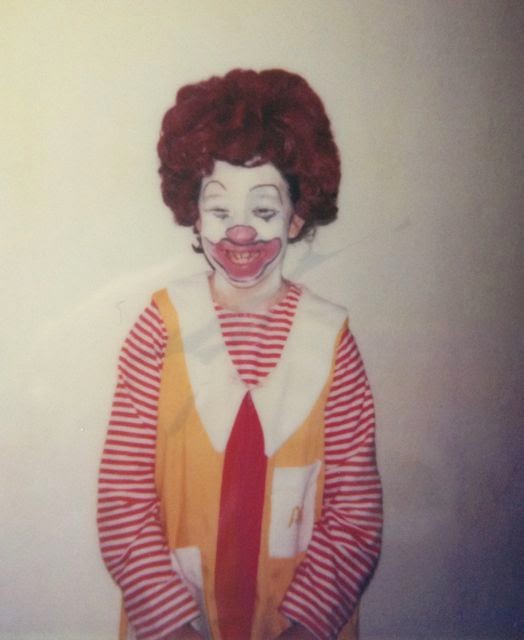 Dad was an Operations Supervisor for McDonalds
And we thought Ronald McDonald was a great costume!

I took a regular pattern and modified it to make this Ronald costume,
it was certainly a labor of love and took some creative sewing.
But then I liked to sew! 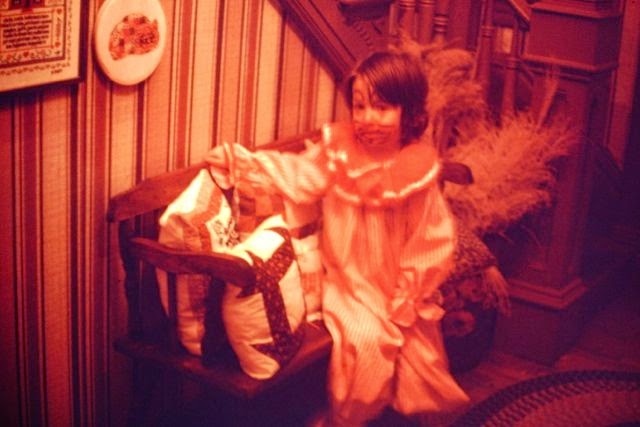 The very first costume I made for Sarah
Which she wore for four years --
I made it big so that we'd get a lot of wear out of it --
And we did!

And this year, that same Sarah
asked me to make a costume for her daughter, Lucy

This Nana who hadn't sewn for 31 years
(well, you can't count curtains and cushions and mending --
that isn't sewing --)

We shopped for pattern and fabric 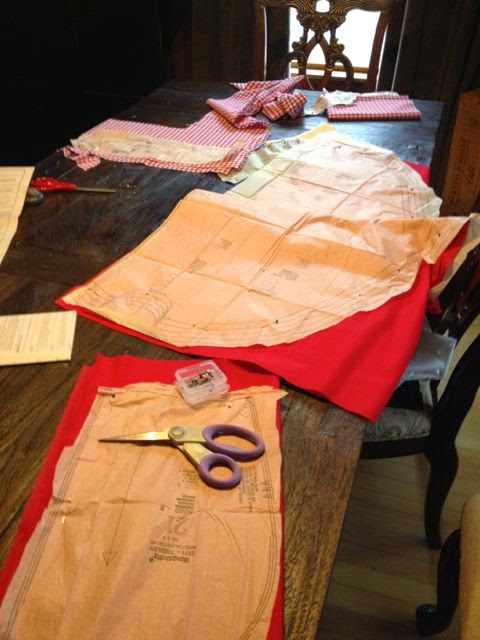 And cut out the pattern on her dining room table

And I took the pieces home to sew

And I did find that sewing was like riding a bicycle
You never really forget how! 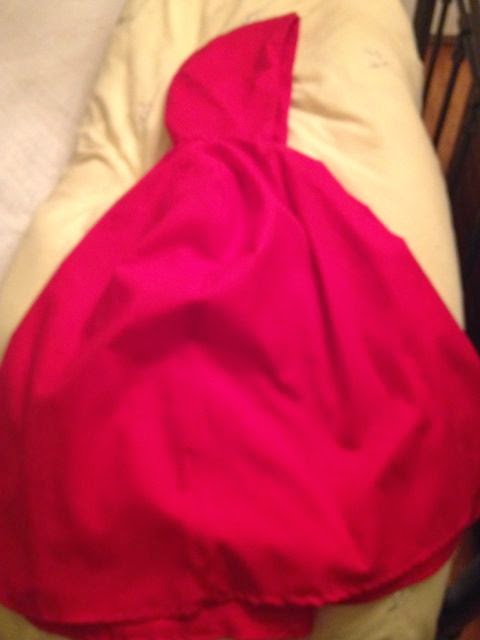 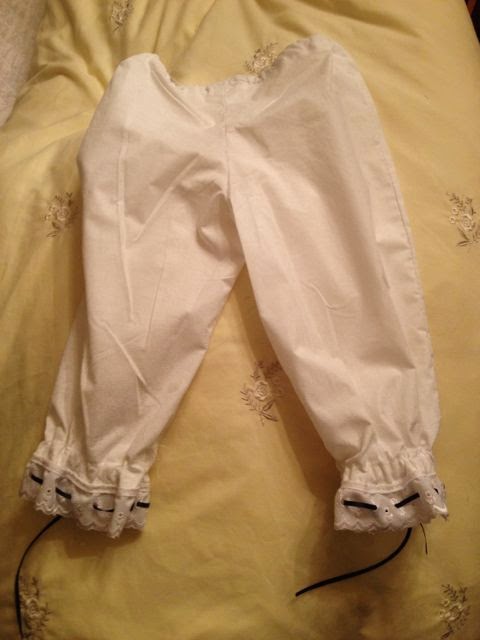 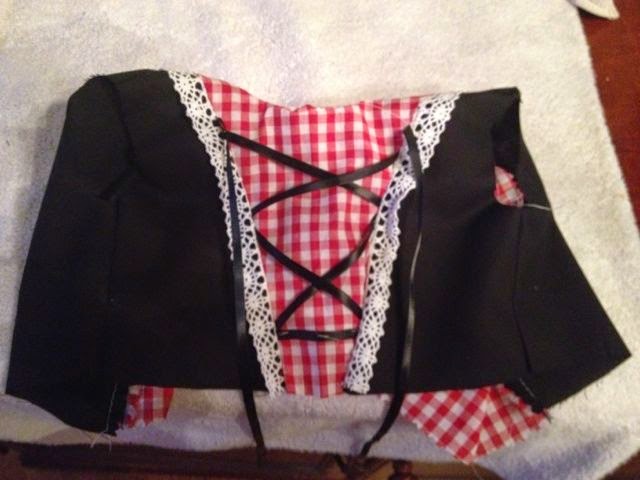 Sewing whenever I had a chance 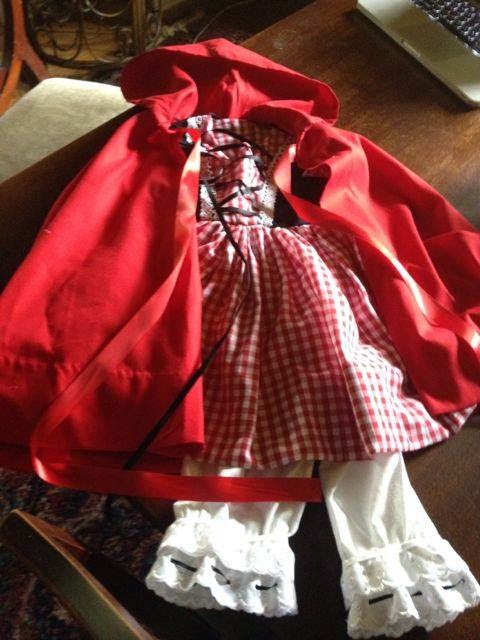 And the Friday before Halloween,
I put this into an envelope and mailed it to Minnesota

It arrived Monday
And we had a trial run 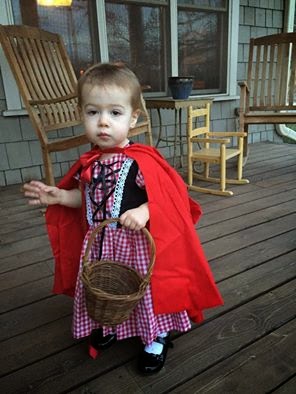 I think she makes a smashing
Little Red Riding Hood

And after the costume was mailed to Minnesota,
I got busy in the kitchen 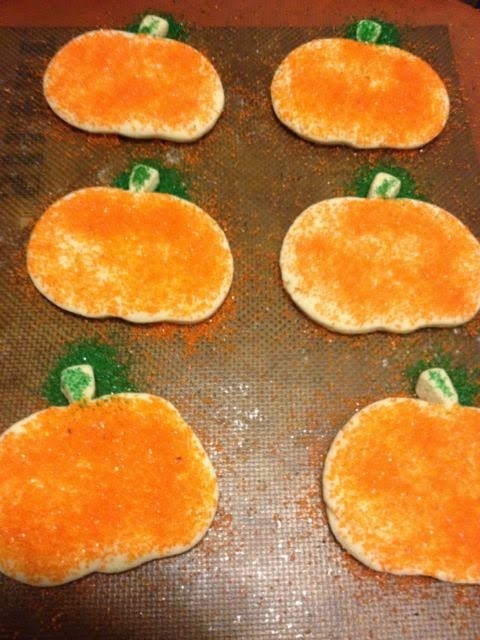 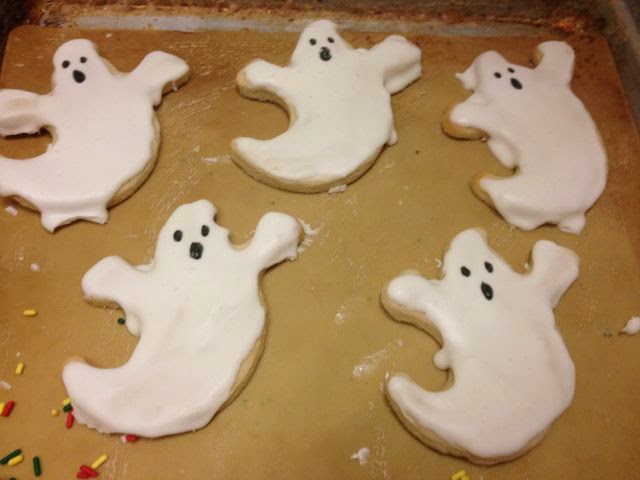 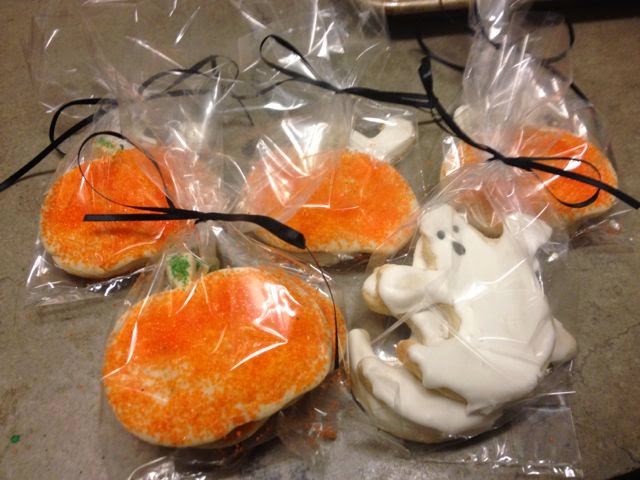 And in a forest of Kansas City
A long long time ago . . . 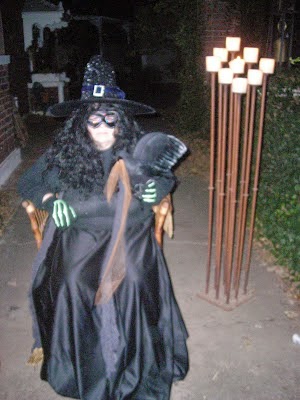 Grew up to be a BIG witch!

Sitting under the portico handing out
big
candy bars to the trick or treaters!

It's Halloween -- do you know where your candy is tonight?
Posted by Martha at 8:18 PM

That's so very cute!
I followed your link at HGTV & I really enjoyed seeing your steps.
Halloween cookies~yum!

You did a beautiful job on Lucy's costume. On the pictures she looks just like you. Enjoy your halloween.

This is such a darling costume, and Lucy is adorable!

You are a great costume maker. Lucy is adorable!

You ran OUT of candy bars tonight and didn't send Mr Linderhof out to replenish the supply? I am shocked, shocked I tell you. :-)

Love that you dress up for Halloween -- one year I sat in a rocker on our front porch, motionless, and would say HELLO as kids came up the steps. Scared the life out of several little beggars.