Saturday is Brunch Day at Linderhof.     For Sunday is  9 a.m. church which means that there is no time for a lazy breakfast     It's up, read the paper, breakfast and gone!

And it really isn't Brunch, for we never eat all that late.    I guess the term Brunch is really a misnomer.   It's really breakfast and only breakfast.     For on Saturdays we always have time for a sandwich or soup or a salad around noon!    But it is a bigger than everyday breakfast, thus, I think, the reason for the term "brunch". 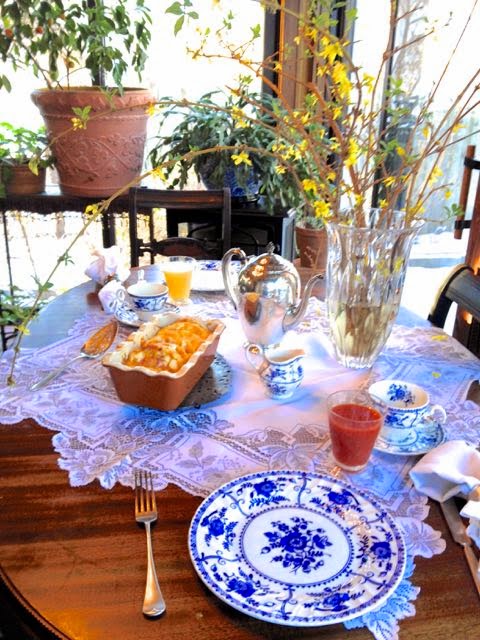 Jim prefers tomato or V-8 juice while I'm an orange juice girl.    My new little silver coffeepot is perfect for breakfast coffee and for Saturday's Brunch, a breakfast casserole is always a good choice.   While it bakes, I can catch up on the newspaper and crossword puzzle! 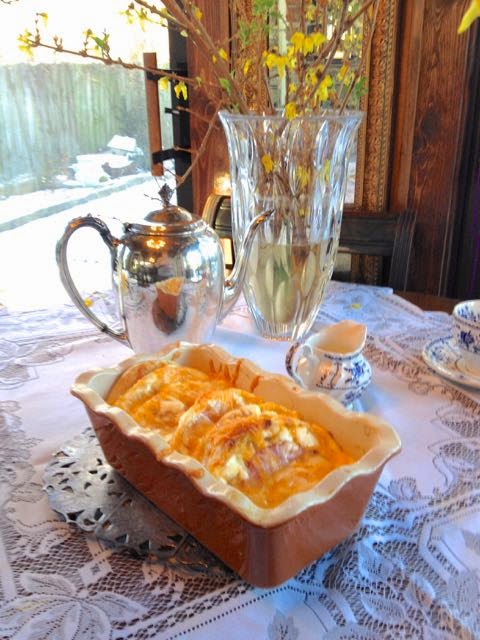 A new recipe that I found, halved and baked in a loaf pan for the two of us.    This "Egg McMuffin" in a casserole!    It's a good recipe and one that I will make again whenever we have guests!    It's as simple as most breakfast strata recipes but with the English muffins is a bit difference. 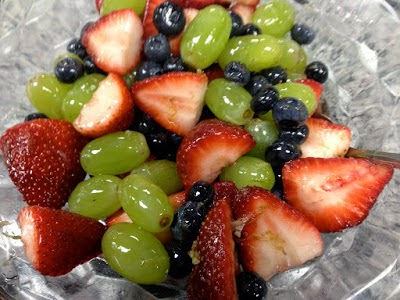 And for brunch, you need a fruit salad.   Fresh strawberries and blueberries and green grapes.   Topped with a lime tequila syrup.

The original English Muffin and Canadian Bacon Breakfast Casserole recipe.   I did half it for the two of us and baked it in a loaf pan.

As always, your table setting is lovely. That breakfast looks delicious!

Hi Martha, Thanks for sharing your great recipes, and your pretty tables. Sunday I made your orange chicken with long grain and wild rice for lunch - it was a HUGE hit! Thank you. :)

This hits all our favorite flavor notes. Since my fresh fruit wasn't I served it with asparagus, and it was delicious/

Great tip about making half the recipe in a loaf pan. Breakfast casseroles tend to be delicious, but high in calories, so a smaller batch would be perfect to keep myself from eating too much!!! Your breakfast room looks so fresh and cozy. Love the Forsythia…spring is hopefully around the corner!