Of Plants and Flowers and Cinnamon Rolls

The lady who lived at Linderhof in the 60s, 70s and early 80s
always hung ferns at Linderhof
She was successful in wintering them over
I'm not!
In fact, one of her ferns belonged to a great aunt
And was said to be over 100 years old.

Linderhof's ferns are circa 2015!
But as Ruth did so do I 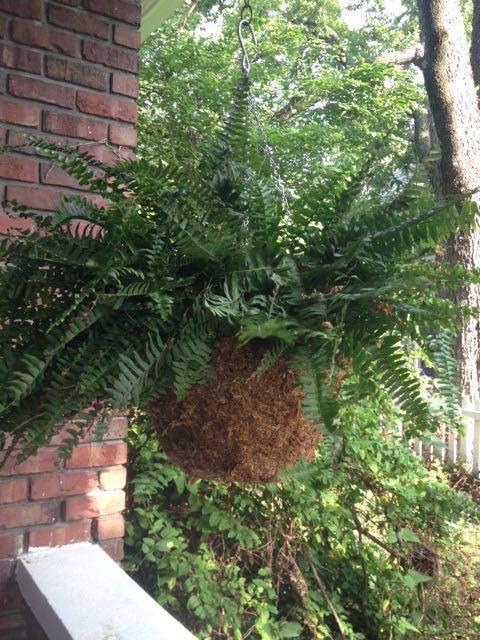 But I like mine in a sheet moss lined pot
I had two . . . but could only find one
And one mossy pot and one green pot
was not a good look!

A friend told me about a local nursery that had these great pots
$15 for this size plus $2 more for the chains!
The moss is on the outside, the green pot goes in and it looks as if it's planted in
a sheet moss pot!

A great look for little money
(Far less expensive than the old fashioned metal form that you line with the moss
And reline the following year and reline again the year after that!)

There is something about summer and flowers in the house
No more boughten flowers
For there are garden flowers! 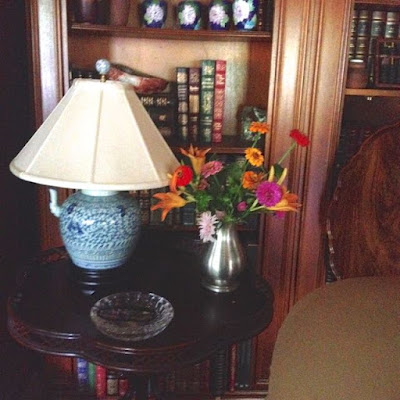 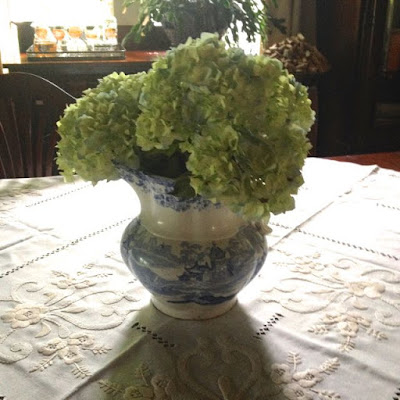 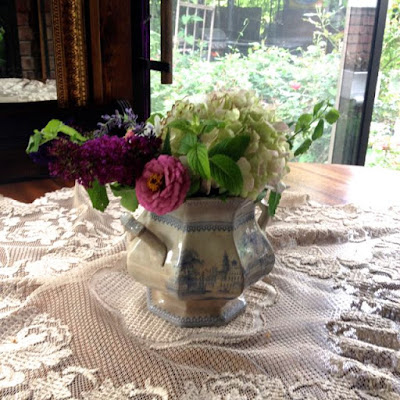 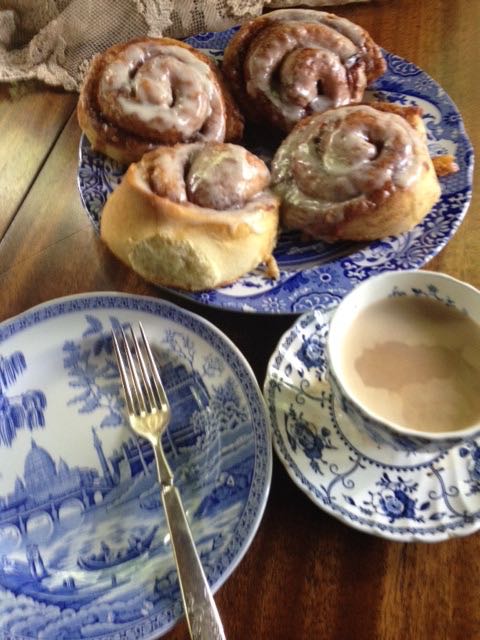 Coffee and hot cinnamon rolls fresh from the oven

Hi Martha, I love your moss pots! They are so pretty. We used to save our ferns over the winter. We placed them on the bed in a BR with a southern window. They survived, but they dropped a lot of leaves and it made quite a mess. We don't do that any more. I like your bouquets and your cinnamon rolls look SO yummy! Mmmm! Have a wonderful week, Martha.

Martha,
The ferns were exquisite as we drove past Linderhof this past week, dear friend!!!
I adore you Garden flora arrangements!!!
Husband Jim is one lucky fellow!!!
Fondly,
Pat