There are crystals at Linderhof . . .
Some came with the house -- 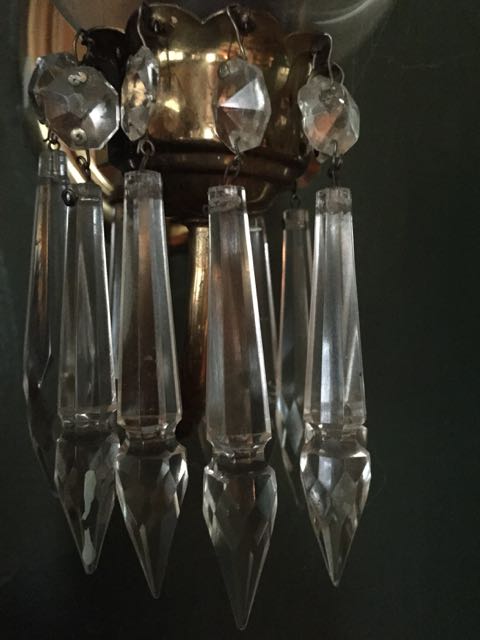 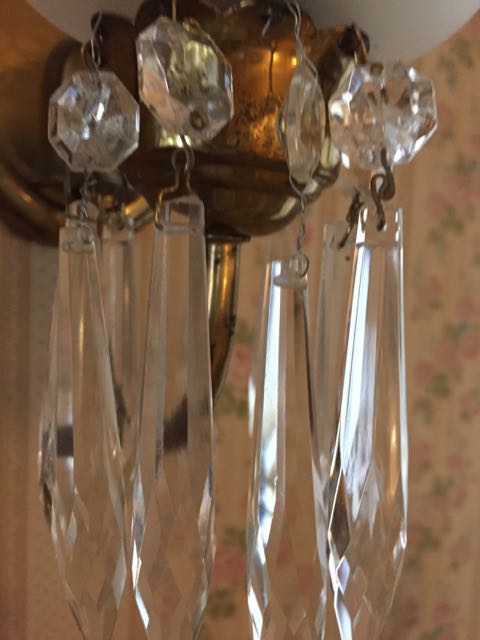 I've got two sets --
which are on the fireplaces
in the living room
and in the bedroom! 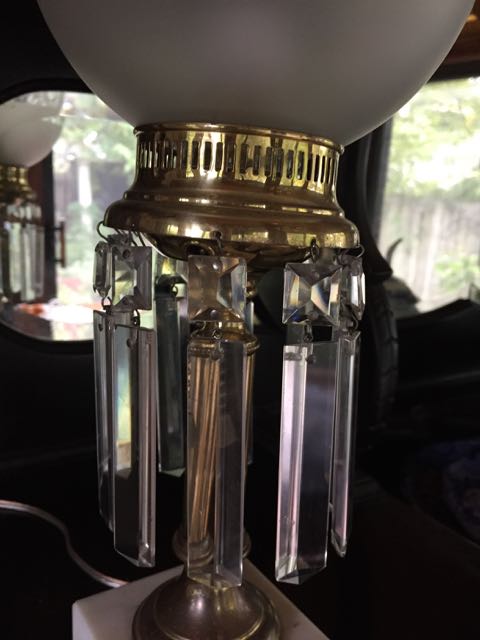 And these crystals are on a pair of old lamps
(I at one time knew which kind but alas, I have forgotten)
The crystals are called "coffin" crystals
because they're in the shape of a coffin
This pair of lamps reside on an 1870s sideboard in the breakfast porch
And even though the lamps are 20th century, they look good on the 1870s piece 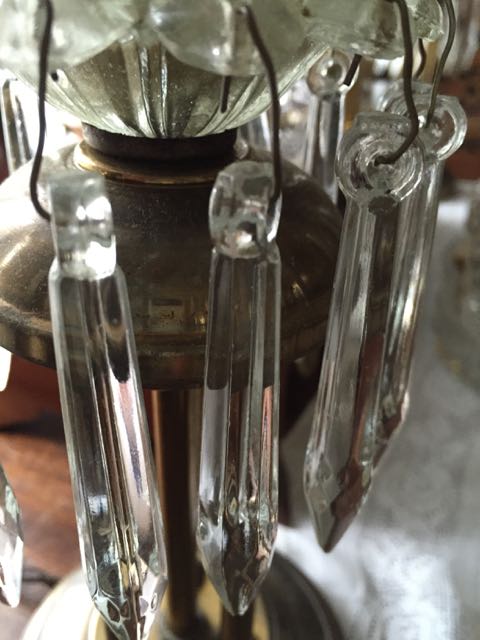 Funny crystals, these
They belong to a pair of lamps on my dressing table
Found long ago in a flea market in Bolivar
I also bought all of this type of crystal they had --
You never know when you make break one! 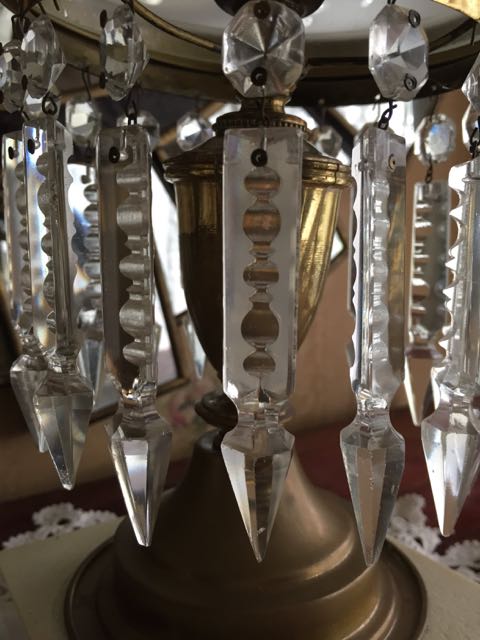 A 1920s version of an Argand lamp is what these crystals dangle from.
On the chest at the top of the stairs
It's our bedtime night light
Making the trip up the stairs safe when we finally decide to go to bed 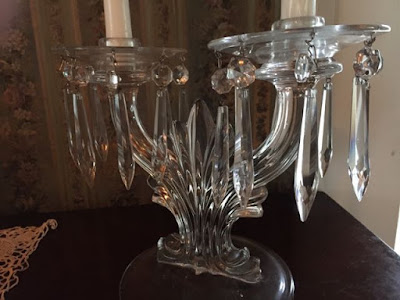 Art Deco crystals, these, which belong to a pair of Fostoria candleholders.
One on each side of the sideboard in the dining room 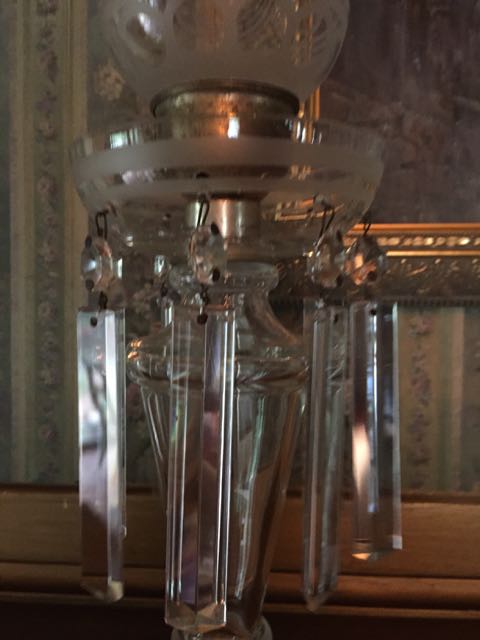 And my latest crystals
Bought on our vacation to Door County last week
(I know, I bring home "different" souvenirs)
(No T shirts for me!) 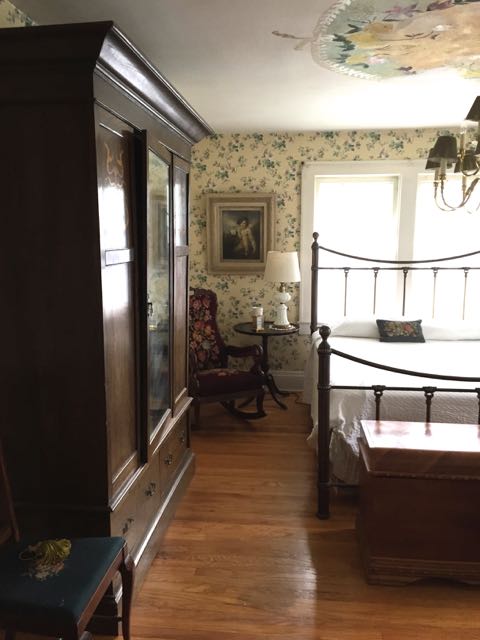 Alas, the guest room
formerly Sarah's room
does not have any crystal bling!
(Should I rectify that?) 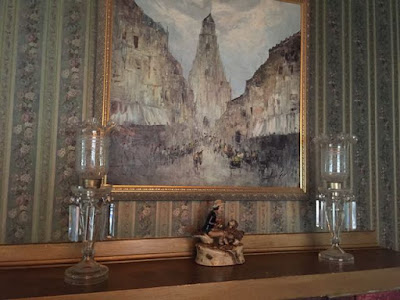 The pair of crystal candleholders that I brought home
On the dining room mantle
They're candle holders
so they do not need to be plugged in
(although there is a plug next to the mantle so lamps could be plugged in --
I've always hated to look at the cords snaking along the back of the mantle
(Except at Christmas when they're covered with greenery)
So I'd buy a pair, like them, but then eventually hate the cords
And move them
(which is why I have several pairs of lamps -- they were really bought for the dining room mantle!)

And these lamps are not just ordinary lamps
They're special -- 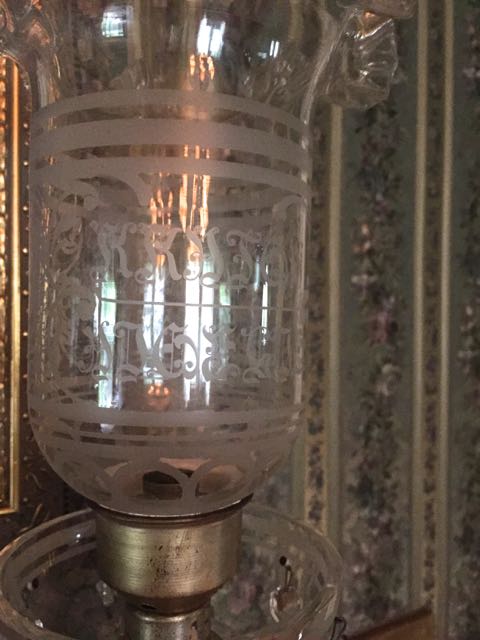 One of the things we do like to do is visit antique malls when we travel.
My new crystal candleholders were found in a nice Antique Mall
just south of Egg Harbor
It's the blue one on the west side of the road.
The sign just said "Antique Mall" so if it has another name, I'm not sure what it is

But it really is a nice Mall . . .
I could have bought more things!

It's Tuesday and I'm sharing my Crystals with Marty at A Stroll Thru Life for Inspire Me Tuesday
Posted by Martha at 6:43 PM

Your home just sparkles with all those crystals! Between the sparkle and the smell of something delish - always at your house - all is WELL!

Martha, I think the new candleholders are darling and I really like them!

I love all of your crystals; and what a wonderful collection you have! They make your home sparkle!