We Have A Winner!

Photography is an art form and in some ways a more precise art form
than painting, drawing or watercoloring.

For you often have just one split second to capture that image
And then it may be gone forever.

While with paint or charcoal or watercolor,
you can add and subtract, fiddle until you think it is just right.

But you can't with photography.

An instant later the sun is not as intense,
the butterfly has flown away
It is not the same!

You can do some editing on iPhoto, which can enhance the photo
But it doesn't alter it all that much.
It is what it is!

Our town has an art show in March
And for the last four or five years Husband Jim and I have entered
some of our photos.

I did get second place one year with a photo I took at St. Peter's in Rome
a woman praying at one of the altars.
Prayers perhaps for the Pope because he had just resigned.
It was a good picture but I think that perhaps the topic was more relevant than the picture. 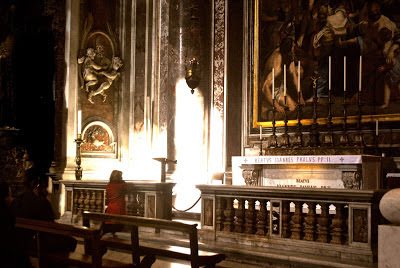 And I did get honorable mention in another photo contest that I entered here in my
little town.

And I did sell one of my photos! 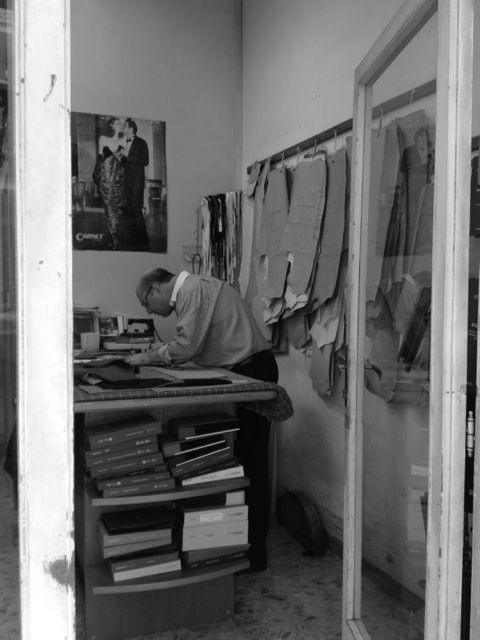 And I entered two this year
And again didn't place
But our photos are judged against professional photographers
Who have their photos often displayed on huge canvases.
It's a hobby with me and I don't want to spend $200 or $300 for an enlargement
for a contest!

Our Presbyterian Village has an
"Art is Ageless" Contest
And I entered that for the first time this year.

I found out this week that not only did I win
for "Best Photograph" at that location,
but that all first place winners are judged in the region
And I won 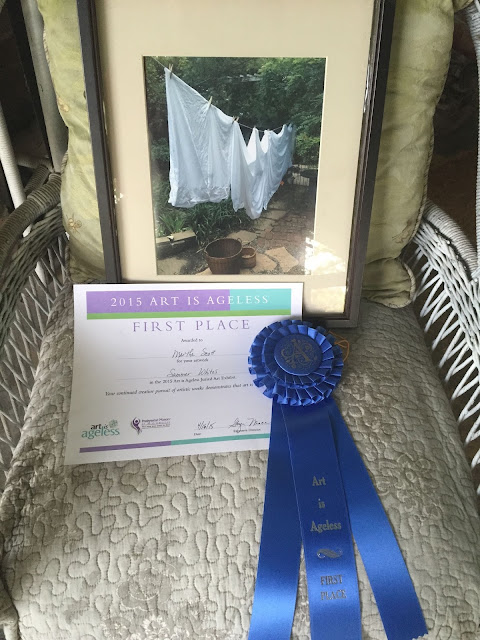 And my ribbon!
My first ever blue ribbon
for
anything!

It's my sheets on a line.
I think I took it for the blog
And liked it!

And entered it
In both contests!

I truly could see that framed picture on the wall of a laundry room.

I guess, since I have not only won prizes for my photography but actually have sold some,
and have my photographs in the paper every week, I could be considered a
professional
photographer?

Congratulations are in order!

Congratulations!!! Sounds like you enter photo contests like I do. I print the photo in a manageable size cost efficient size so I can display it if I want to. What the judges think of itś size is just what it is. I love your photo of the sheets drying. Very nice.

Congratulations! What a nice feeling to see your photos impact others. Keep snapping!

Congratulations!! Love your photo of the sheets with the play of sun and shadow. Just goes to show that the simple things are still the best!

Martha,
Congratulations!!!
You're always "First Place" in my book, dear friend!!!
I adore the white sheets hanging in Linderhof's Garden!!!
I'd say you're a Professional Photographer, indeed!!!
Fondly,
Pat