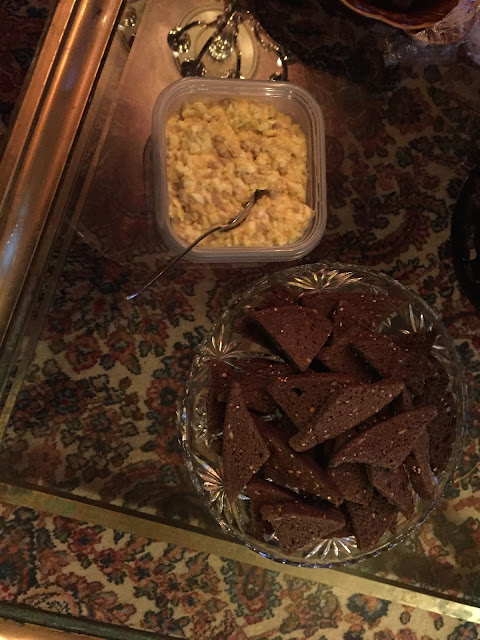 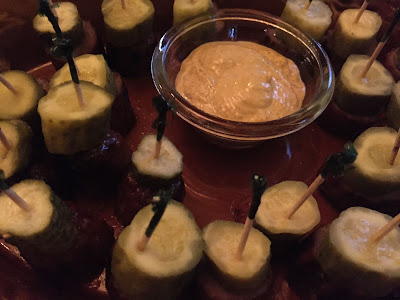 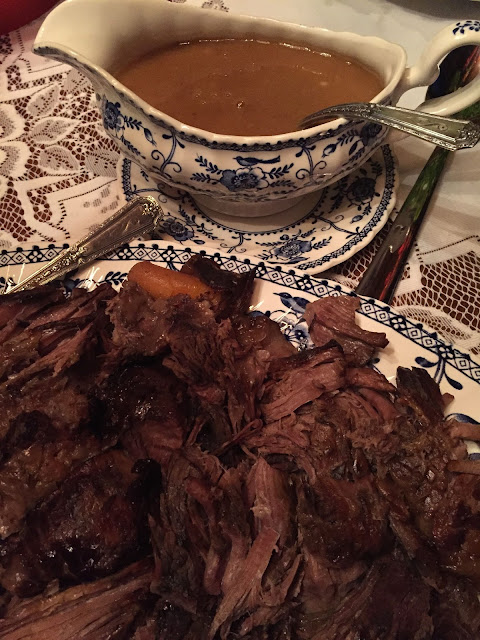 And instead of doing an old favorite German entree
I went outside my comfort zone and prepared sauerbraten
First time ever
From an old German cookbook?
No, from Betty Crocker
(I had looked at that recipe since I was a preteen!
Took me all these years to try it!) 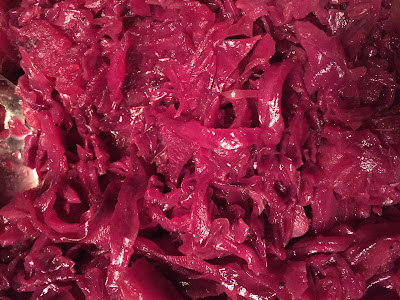 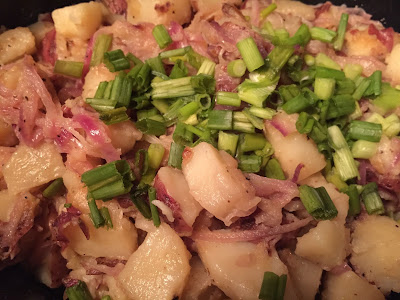 Michelle's potatoes
(Every German meal has to have potatoes!) 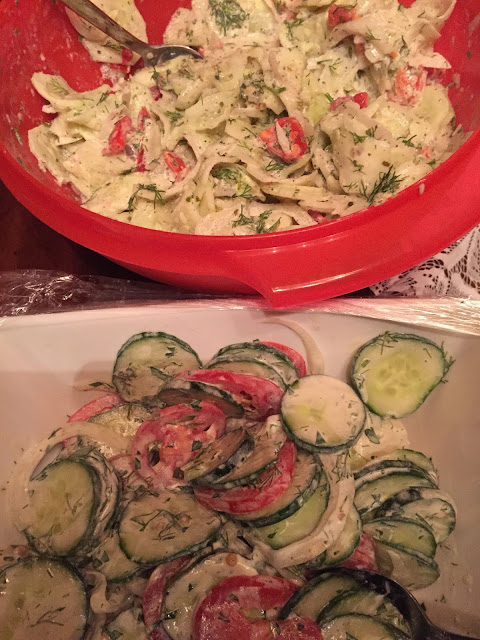 And salad!
First time ever that two people brought the same dish
Not the same "sort of" dish
but the very same dish!
Even though they were the same, they were different
And both were good!
I'll not tell you which is Sarah's and which is Donna's
But, hey -- "great minds"!

We had a good laugh about that! 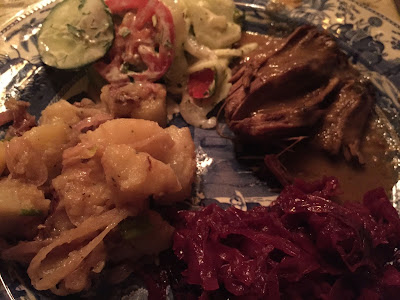 And the plate of German food
If you notice, except for the red cabbage, it's all brown and beige!
German's don't go for a lot of color!
But they do go for hearty stick to your ribs meals! 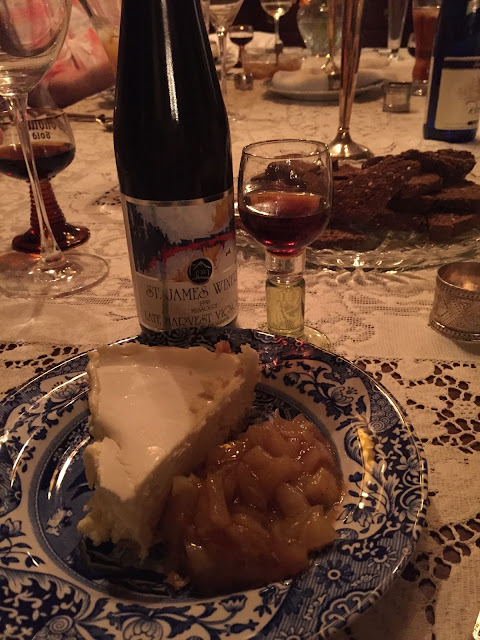 She brought some apples to go alongside
It's a delicious cheesecake
much lighter than most
And to celebrate a wonderful evening,
I broke out a bottle of St. James Winery's Late Harvest Syval
(Not German Ice Wine, but close -- at a fraction of the price!)

We're taking a break in November
(Cookbook Club Night falls on Thanksgiving)
and we'll celebrate the holidays with a restaurant meal in the city.

It's been a fun year
A fun group of ladies
And an amazing lot of good food!

A cookbook club is a wonderful idea and this meal especially appealed to me. I love German food. I make rot kohl often. We all love it! One thing I missed which I love is semmel klosse......

Like the theme, I love rotkohl, it goes well with mashed potatoes. How funny two dishes were the same, oh well, likely won't happen again!

Martha,
Thank you for a stroll along the Rhineland memories!!!
I did so enjoy the cuisine while stationed 7 years abroad!!!
YuMMy!!!
Fondly,
Pat