September found us in Wisconsin 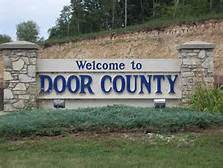 And I must say that the place hasn't changed all that much!

We (and two other couples)
rented a house on Gill's Rock 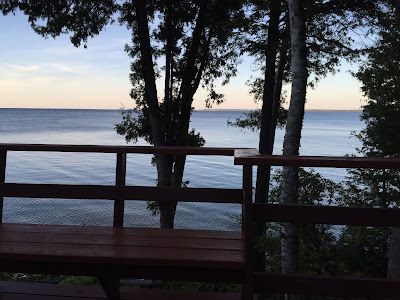 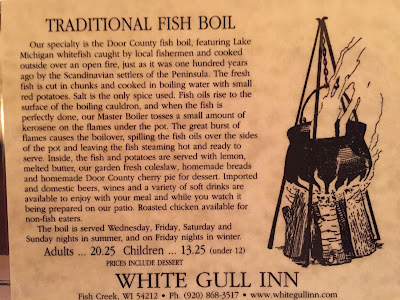 You can find one almost any night of the week
The White Gull Inn has one of the most popular
So popular, in fact, that when we called on Tuesday for a Friday reservation,
there was only one seating left -- the 8:15 one!
And it wasn't "high" season!

We got there early 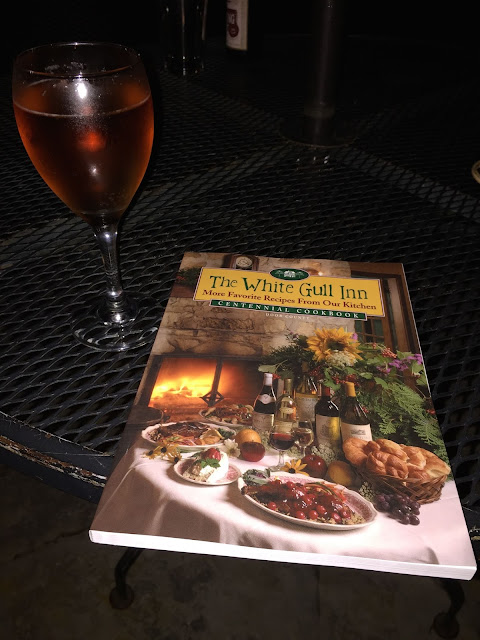 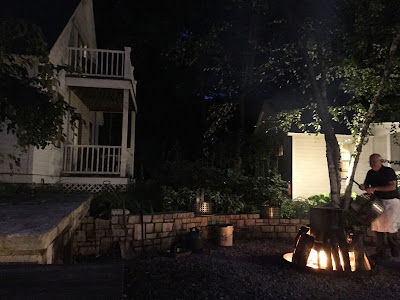 We sat and sipped and watched as the "boil master" tended his fire,
added the potatoes and the fish
And finally . . . 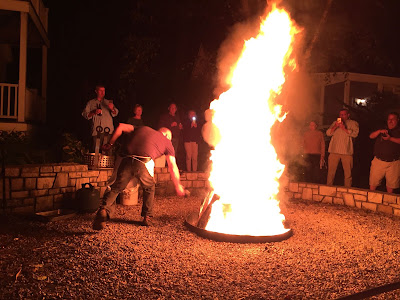 Threw kerosene on the fire! 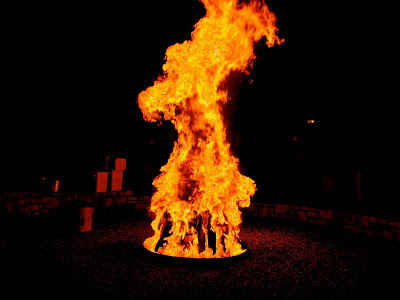 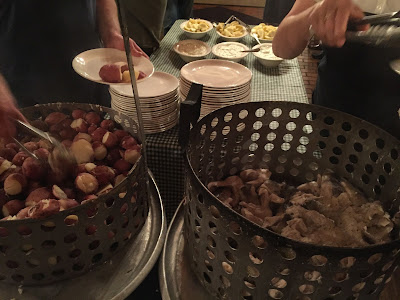 Fish and potatoes were brought inside 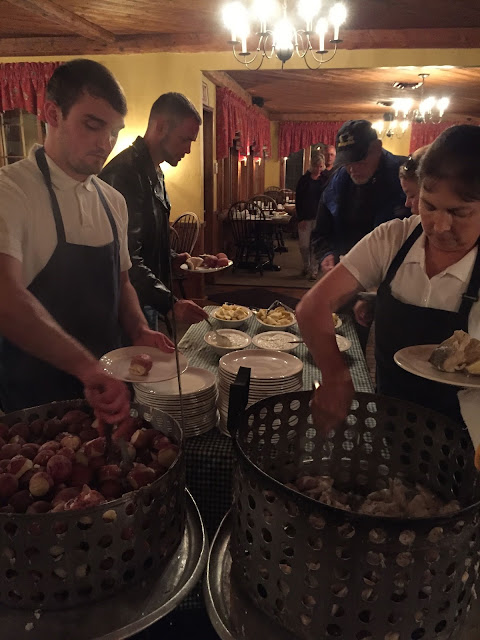 To be served by the friendly wait staff 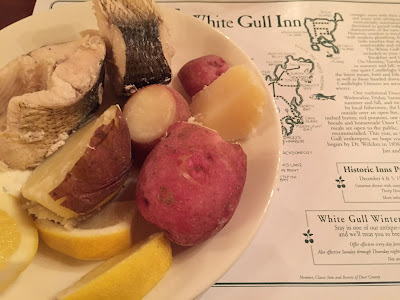 And you can have as many potatoes and fish as you want
And they'll refill the coleslaw dish and breadbasket too. 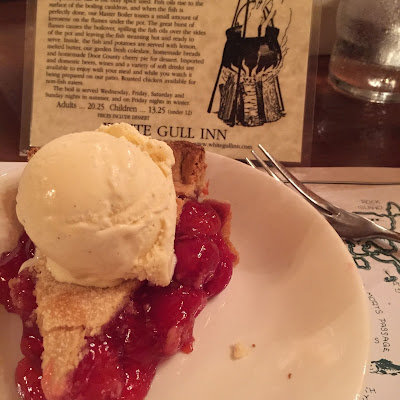 A favorite book of mine
(Although mine has a different name) 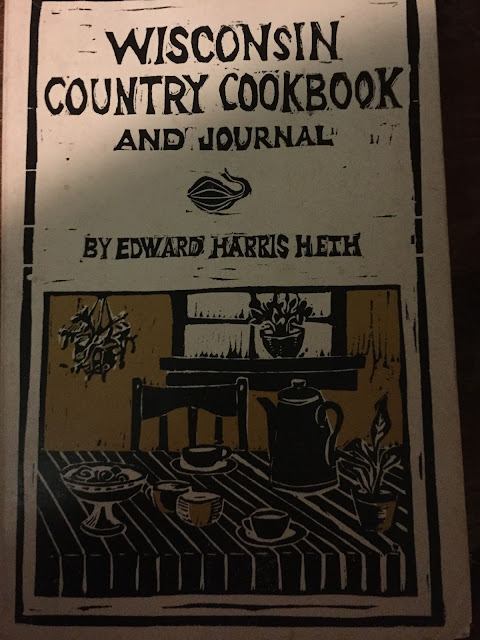 It's not a picture book but it does have good stories and the book is arranged seasonally.
There is a good recipe in here for a cheese crock, and which I started when I first read the book,
lots of yummy Christmas recipes
And the perfect side dish for Friday's leftover turkey and dressing casserole.

To be eligible for the drawing for the book, leave a comment.    I'll draw from the comments on Saturday, October 17 and ship the book soon after.

It's a favorite cookbook of mine and I hope whoever wins it enjoys it as much as I!
In fact, I got the cookbook even before I ever visited Wisconsin!

It's Friday and I'm joining Michael at Rattlebridge Farm for Foodie Friday!
Posted by Martha at 2:10 PM

What a wonderful trip. We have always wanted to visit Door County, WI. After reading this blog, it's risen to the top of our list! Thank you for your give away! I love new cookbooks, hope I win! I truly enjoy reading your blog.

Glad you had a great time. Please include me in your book giveaway.
Lucy

What a fun and delicious trip. I've heard about Door County but never been there myself, and have only been in the state of Wisconsin three times in my life, despite the fact that my grandmother was born in Milwaukee in the late 1800s.It's impossible to resist the lure of a possible new cookbook, especially one recommended by you.

I am from wisconsin. Wilson's in Ephraim was heaven, I miss it and remember it fondly.
Thanks,
Susan Flynn

I enjoy your blog and all the wonderful recipes. I love cookbooks and especially those from other states. Great giveaway!! Thanks!

I visited Door County in 2003 and went to a fish boil. It was entertaining. We also went to a restaurant where goats and rabbits walked on the roof!!

What an exciting visit, I had never heard of a fish boil or even Door Country. You captured it well Martha.

The cherry pie looked worth the price of the entire meal all by itself! I love collecting cookbooks!

Always looking for unusual cookbooks. This sounds like one.

Some of my favorite cookbooks are ones I have gotten in places I visited. I read cookbooks like I read mysteries!

Hello Niece (and nephew): I enjoyed your trip, it made me homesick to see and visit with you. Maybe it's because it is October and time to go to Branson and then on to Fort Scott. Love you.