I don't "theme" a lot
Really, I don't
But in November, it seems to be
"Turkey Time"
at Linderhof

But they are a slowly collected lot of turkeys 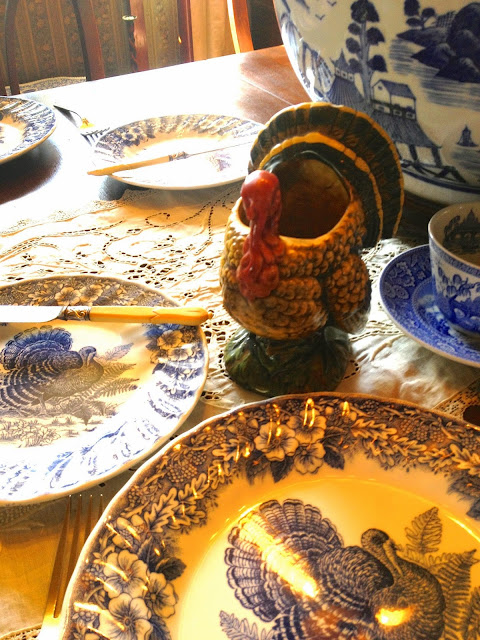 That sometimes end up on the table during the whole month of November
Not just that 4th Thursday! 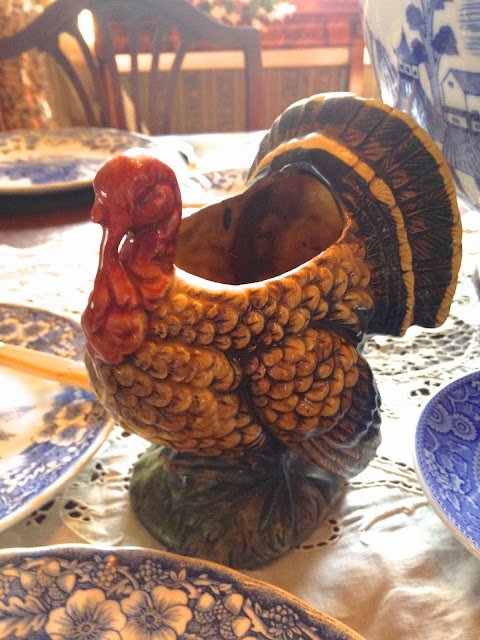 Ten or so years later, I found another
just like him
At a garage sale
for probably 50 cents

I like things in pairs
And so I bought it!

Oh, the "real" turkey plates from before the turn of the century
Especially the blue and white ones
Had me salvatating!

And searching on eBay --
Where I found 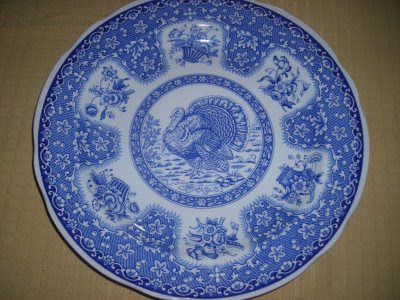 Never go to T. J. Maxx
for the next year 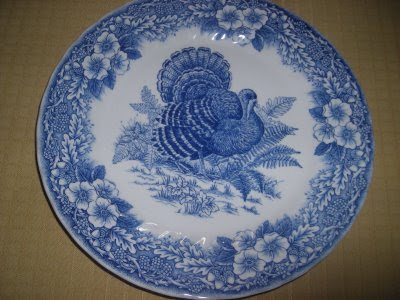 I found these plates by Myott.    They're English made
They're blue and white
They have a turkey in the middle
And they were only $15 for 4 plates

Now, I had 16 turkey plates

And with more than 16 guests, I can still fill in with my other Spode! 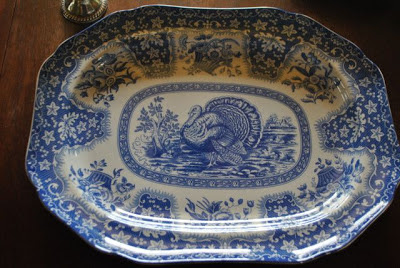 Spode Festival
From Ebay
And like the other turkey dishes, it can fill in if needed anytime of the year
when I use my blue and white! 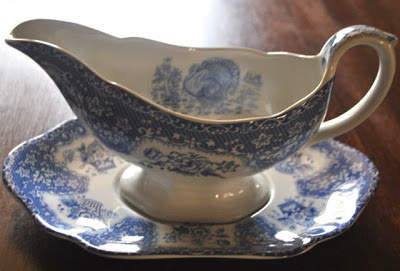 Which is not very turkey-ish
For the turkey is inside and would be covered by gravy
But there is always gravy at Thanksgiving
I didn't have a blue and white gravy boat
And like the other turkey dishes . . .
I can use it all year long
(and often do!)

It's a pretty Thanksgiving table
With the blue and white
And I like the fact that I can use my regular blue and white serving dishes
for a cohesive table!

Years ago
At a garage sale I'm sure,
before the turkey china, and
before Martha Stewart featured them
And before Williams-Sonoma sold them 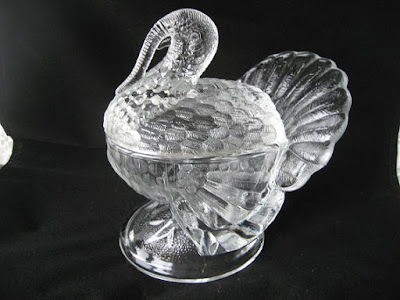 I bought two of the heavy clear glass turkeys
They make a great container for cranberry sauce
And look festive
And make the table (with plain ordinary china) more Thanksgiving-ish!

Alas, when I bought that first turkey in 1970
I also bought 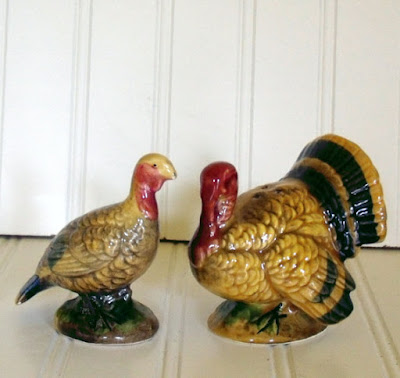 I cannot find them.
I do remember seeing them several years ago
(putting them away because I felt they were too "kitch=y" and not "sophisticated" enough)
But where, I do not know!

So now I'm on a hunt
To find either my originals
or a replacement pair.

I feel that they need to be on the Thanksgiving table again! 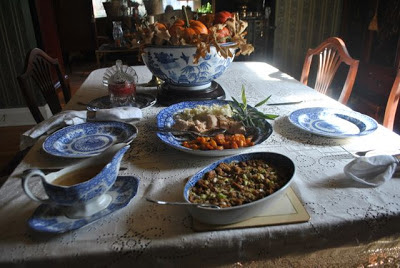 The turkeys will be on the table
And in our tummy
On Thanksgiving Day!

Love the dishes and decorative table!

I find that turkeys have settled here over the years as well, though I never started out to do so. I recently read on a blog that they use their turkey containers like the pair you have to hold flatware on their Thanksgiving Day buffet. Thought that was a clever idea.

Good luck in your turkey hunt, Martha!
Your Thanksgiving table will be lovely, I can see!