I'm much more than needlepoint pillows!

I do ornaments as well

And this year, ornaments for both Lucy and Piper

And a "handful" for our tree

So I've not done that many

And this year two things happened
The Studio
had classes in Santas
How great for the grands I thought
Not this year but the next
and
I got a "stash" of ornament canvases at an estate sale
for
"nothing"!

So this year, needlepoint ornaments for our tree has multiplied! 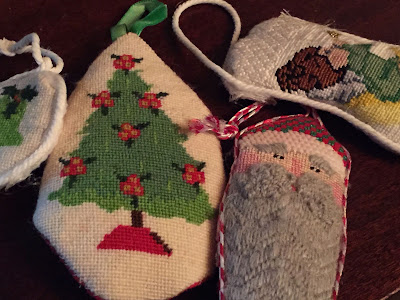 The finishing done
They're ready to hang! 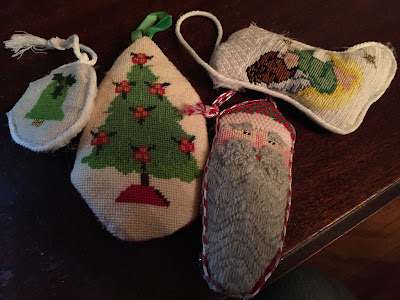 I think perhaps this may bring me up to an even dozen of my needlepoint ornaments!

Since the canvases were so inexpensive, I decided to use thread I had on hand to do the stitching 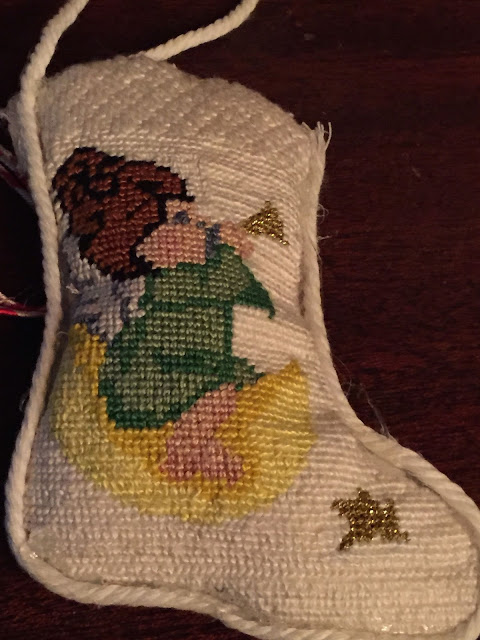 An angel on the moon with a gold thread star 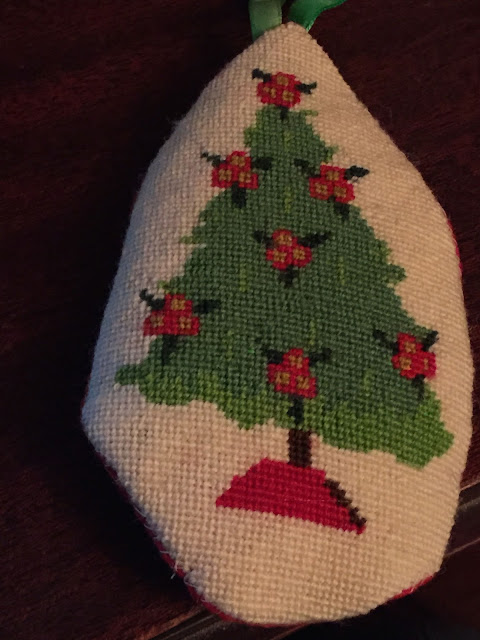 A Christmas tree with wool yarn 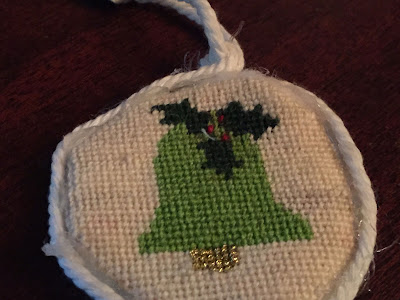 And the rest of the wool yarn made a pretty green bell
(although the canvas was printed blue!)
with a touch of gold for the clanger 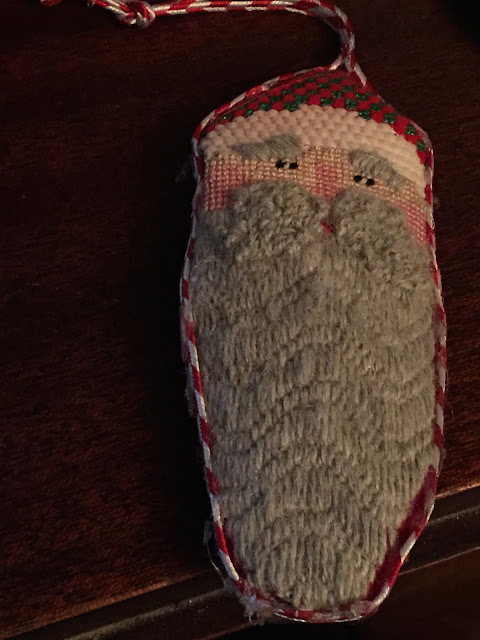 And one of the Santa's
There are five
I think this grey bearded one is perfect for
"Nana's House"!

Two others will be next year's Grands ornaments
(I'm ahead of the game!)
And one more for our tree and one for Daughter Sarah's present
(because, yes, we still give her an ornament each year for Christmas!)

They were fun to stitch and I love the different stitches used to make each Santa.

You'll not see Piper's or Lucy's 2015 ornaments until after Christmas
I've heard their mother reads Lines from Linderhof and I want to surprise her!

Now that they're finished, they're on the tree
Joining the others that I made years and years ago!

Those are really wonderful heirlooms!

I love the beard

So beautiful and certainly family treasures.

Good find on the canvas. Those are wonderful. That Santa is very nice.

Those ornaments are so cute, Martha! What a wonderful idea for gifts.

Your tree is so beautiful and I love that you call it a memory tree like I do. Exactly as it should be :)

I hope you and your family have a wonderful Christmas.

hugs to you,
rue