And like last year, we started with appetizers
Not a tried and true but one that you'd never fixed before!

We had a great variety, enjoyed a hearty plate of nibbles
And with the Maui Wowie and wine,
we had a fun evening discussing food
The trials of living in a small town
where
There was not once sprig of fresh basil available!

The ladies certainly outdid themselves on their offerings: 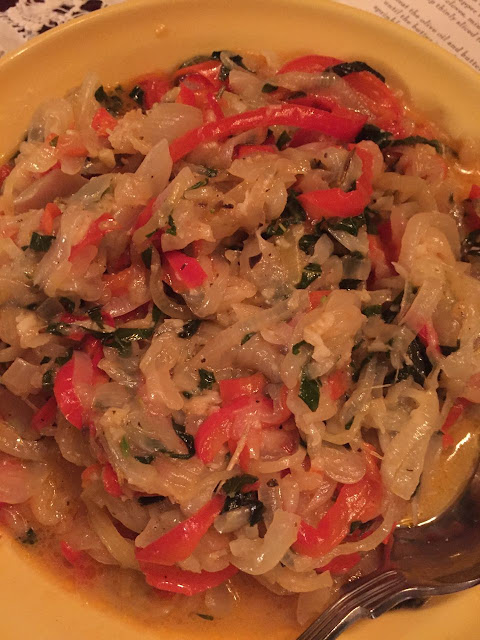 Peppers Provencal
brought by Rita
From the Junior League of Tulsa Cookbook
Oil and Vinegar
So good as an appetizer, several of us agreed that it would be great mixed with a plate of pasta! 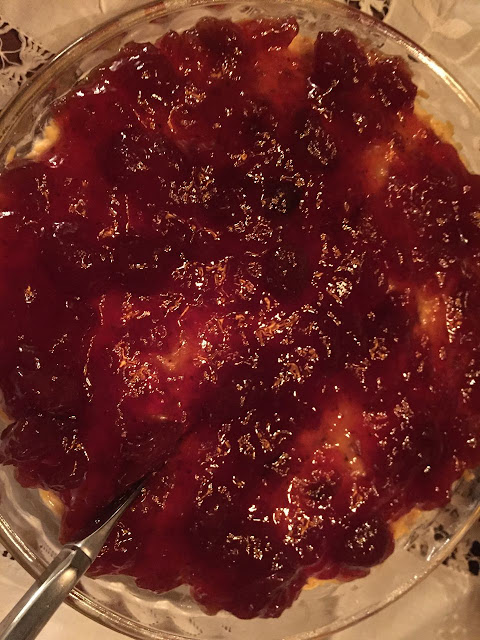 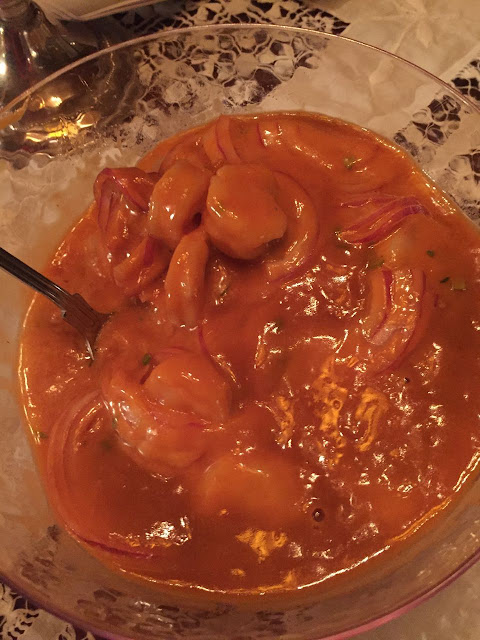 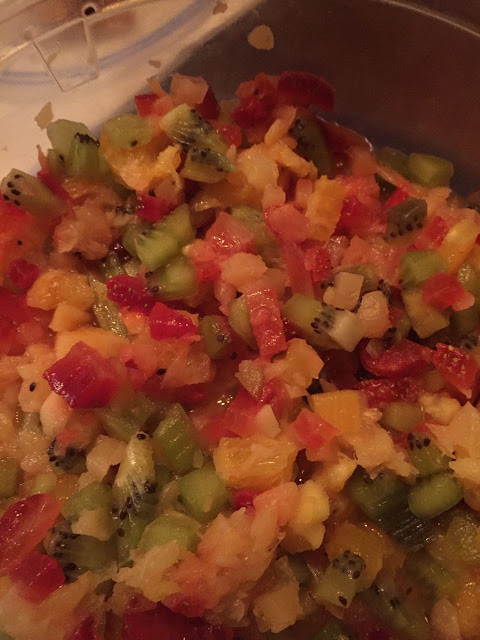 Fruit Salsa with Cinnamon Chips
brought by Angela II
(we have two Angelas and both last names begin with M!)
from A Taste of Home
And every appetizer table needs a dessert! 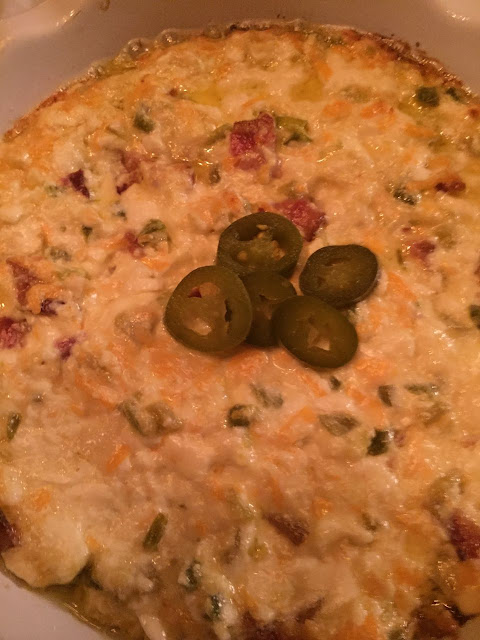 Jalapeno Popper Dip
which I made
I can see this as a great Super Bowl food
It's a hot dip but was good cold when I nibbled on it again after everyone had left.
Found on Pinterest! 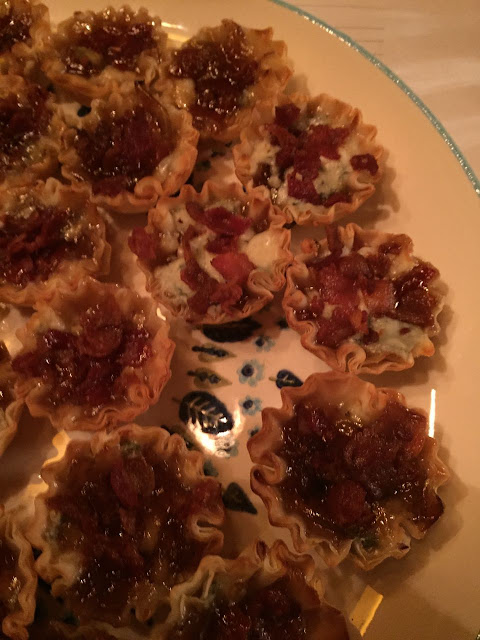 Roasted Garlic and Onion Jam and Blue Cheese Tartlets
brought by Angela
It was her Plan B
(because she couldn't find an ingredient at our grocery stores)
And we thought it a might tasty Plan B! 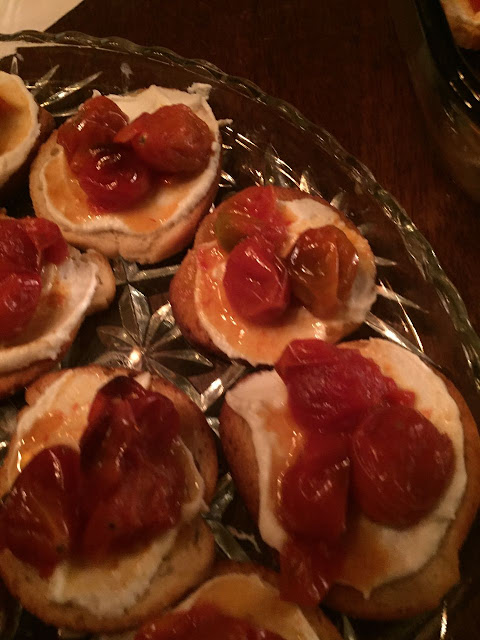 Honey Roasted Grape Tomato Crostini
brought by Donna
The tomatoes were so good, that I'd eat them by themselves!
But I adore crostini and this was a good one! 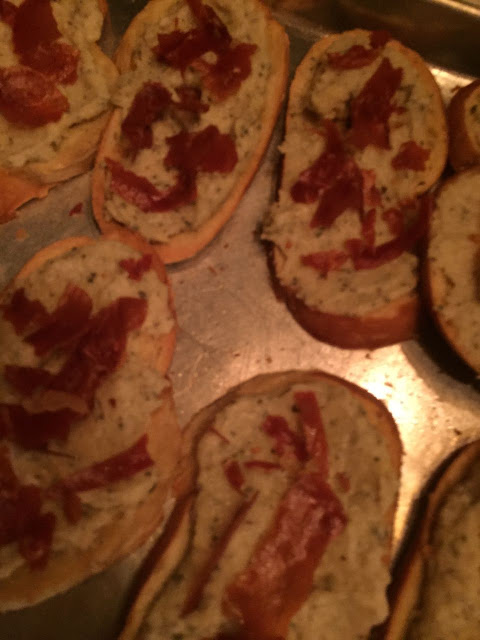 Artichoke and Bean Crostini
brought by Sarah
A Gaida recipe and as she said, Gaida never fails!
Alas, the basil is dried for there was no fresh basil in any of our three grocery stores!
But I loved the combination of artichoke and white beans. 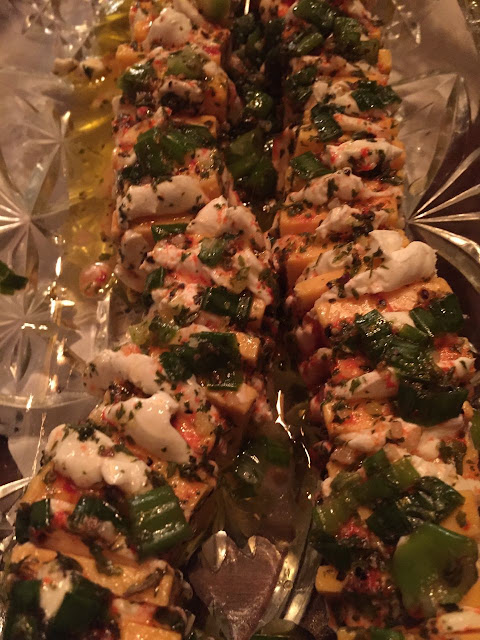 Marinated Cheese
brought by Michelle
(who was sick and couldn't come!)
a great combination of cheddar and cream cheese with an herby marinade.
A recipe given to Michelle by Rhonda, a club member who had another engagement.
(Actually, this dish was the one I was going to make until Rhonda told me that Michelle was bringing it! -- and I will make it for it also was a pretty presentation!)

It was great to be back together again and it was so nice that we had a new member join us!

Next month it's Julia Child and our hostess is Angela.

Martha,
I think it's absolutely amazing that you all get together to try new recipes!!!
They all look divinely delicious!!!
Fondly,
Pat